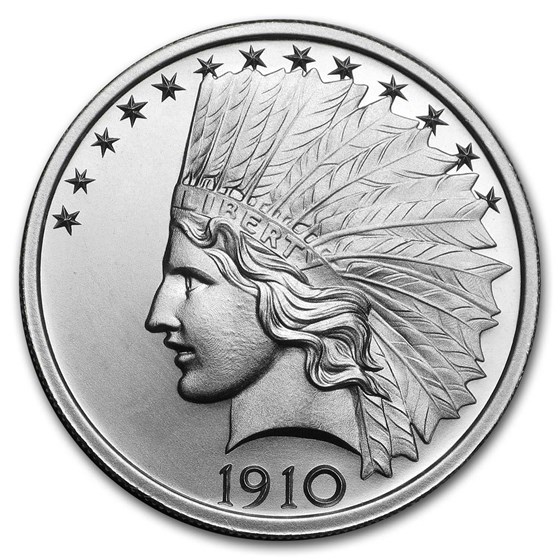 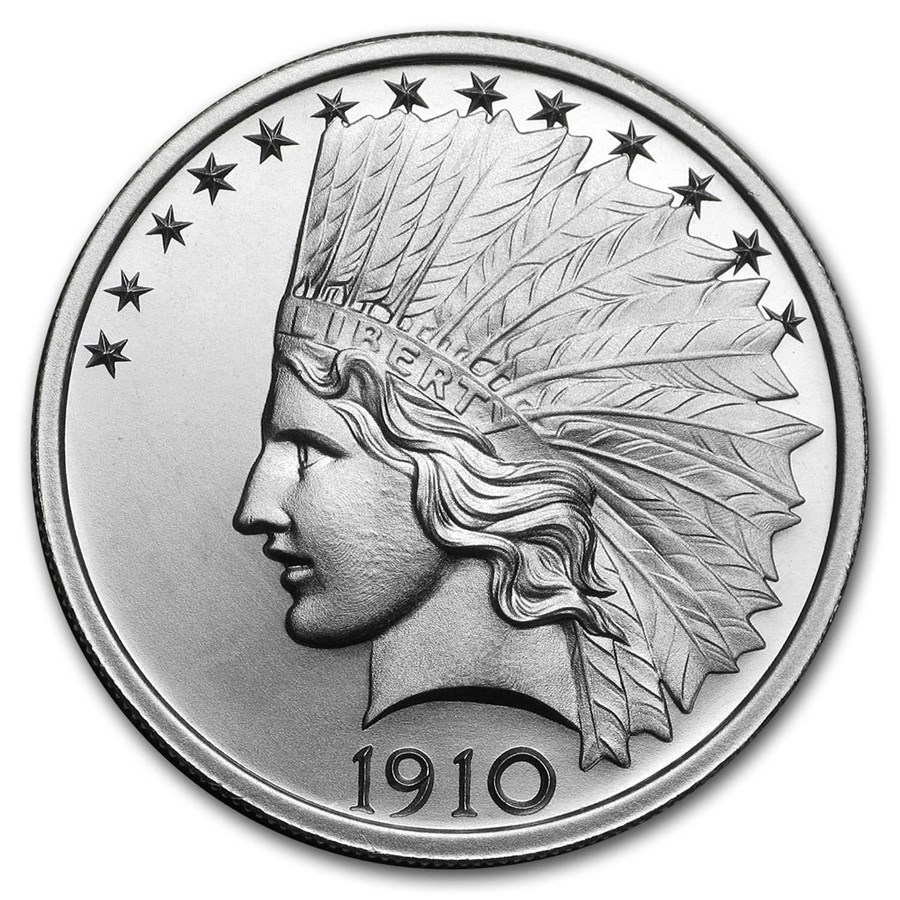 Your purchase is guaranteed to match the quality of the product shown. It will not be this exact item.
Product Details
Product Details
This 2 oz Silver round pays tribute to an iconic design in American coinage, the $10 Indian; rendered as a compliment to the original design in High Relief, Domed Die.

The Indian Head eagle was a $10 Gold piece or eagle struck by the United States Mint continuously from 1907 until 1916, and then irregularly until 1933. The obverse and reverse were designed by sculptor Augustus Saint-Gaudens, originally commissioned for use on other denominations. He was suffering from cancer at the time and did not survive to see the coins released.

Though called the “Indian Head Gold Eagle”, the obverse design is not actually that of an American Indian but of Lady Liberty facing to the left wearing an Indian headdress or feather war bonnet with “LIBERTY” inscribed on the headband of the bonnet. Above the bust design are 13 stars to represent the original states or colonies.

love this company. i recommend them to anyone wanting to stack silver.

This 2 oz Indian round is stunning. The online photographs just don't do it justice. I am thrilled with my latest purchase. Thank you APMEX for providing great products at reasonable price points.

It was more beautiful than I expected

Good looking coin. Same diameter as the few 1 oz coins I have, but a nice thicker size. Great design, too!