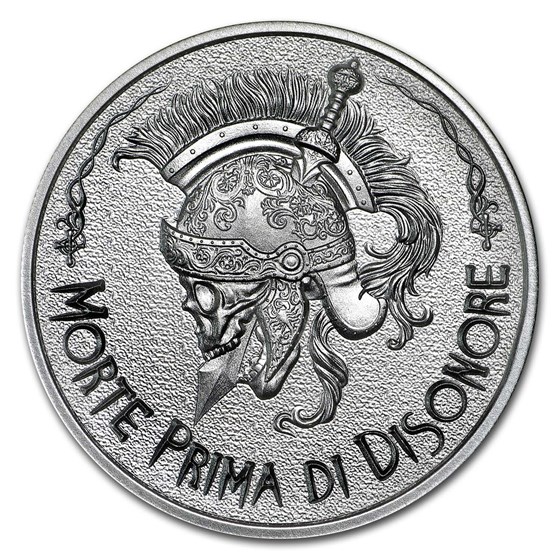 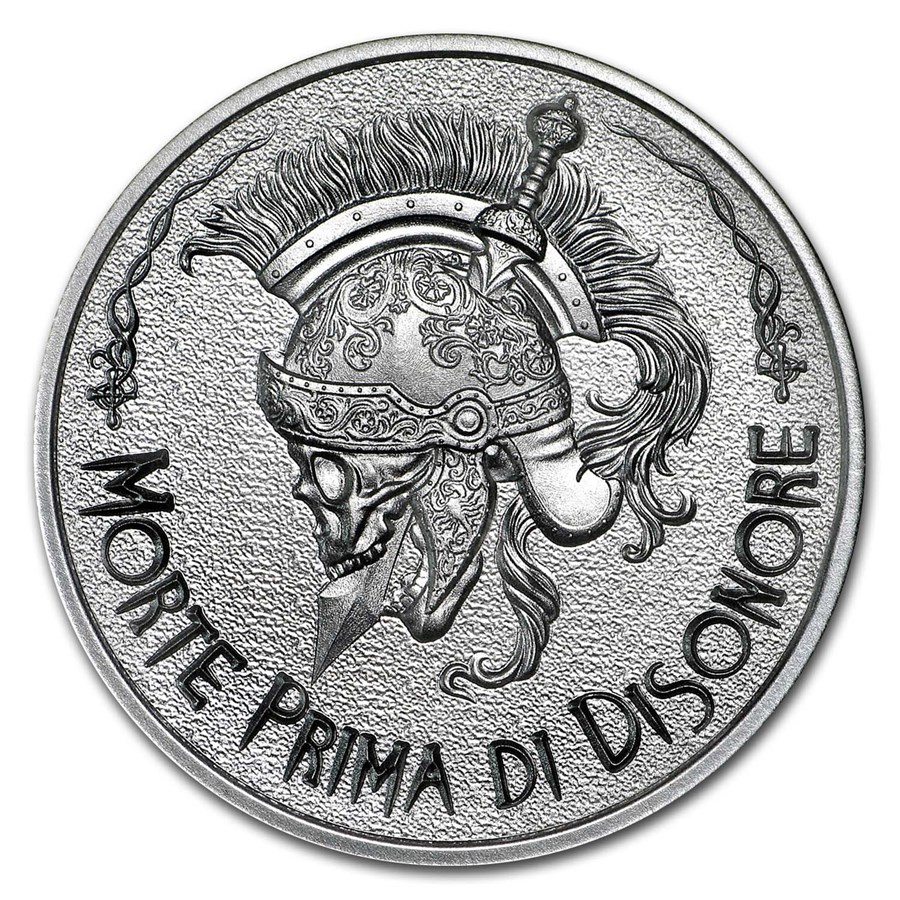 Your purchase is guaranteed to match the quality of the product shown. It will not be this exact item.
Product Details
Product Details
This 2 oz Morte Prima di Disonore Silver round is part of the Latin Allure series. Struck in the smaller 39 mm format creating a thicker look and feel, which further adds to the collectible appeal.

The concept of “Morte Prima di Disonore,” or “Death before Dishonor,” has been used in military units at least as early as ancient Rome. By the time of the famed Roman senator and historian Tacitus (AD 56 to 117), the vow of “death before dishonor” had become “old-fashioned and something only uttered by barbarians.” However some two centuries earlier, it was Catiline (108 to 62 BC), the Roman politician who attempted to overthrow the Roman Republic who urged it. The famous concept of death as preferable to dishonor, if not the actual phrase, is not limited to the western world. For example, it was also advocated by the Japanese bushido code of samurai warrior who would rather die than live with dishonor brought on by surrender. In more recent history, the saying has become a popular tattoo in different variations and designs popular in different military units and groups.