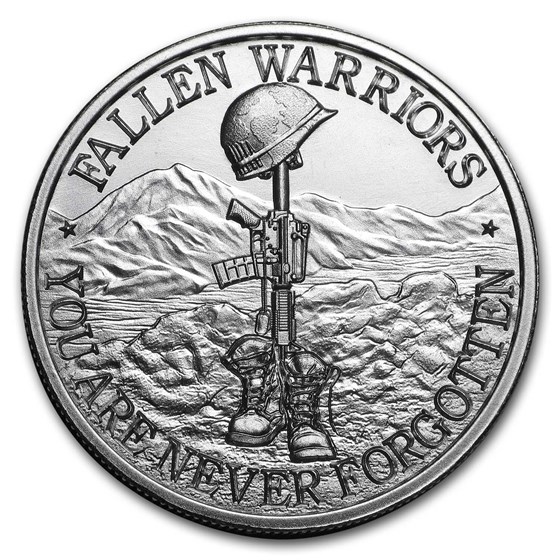 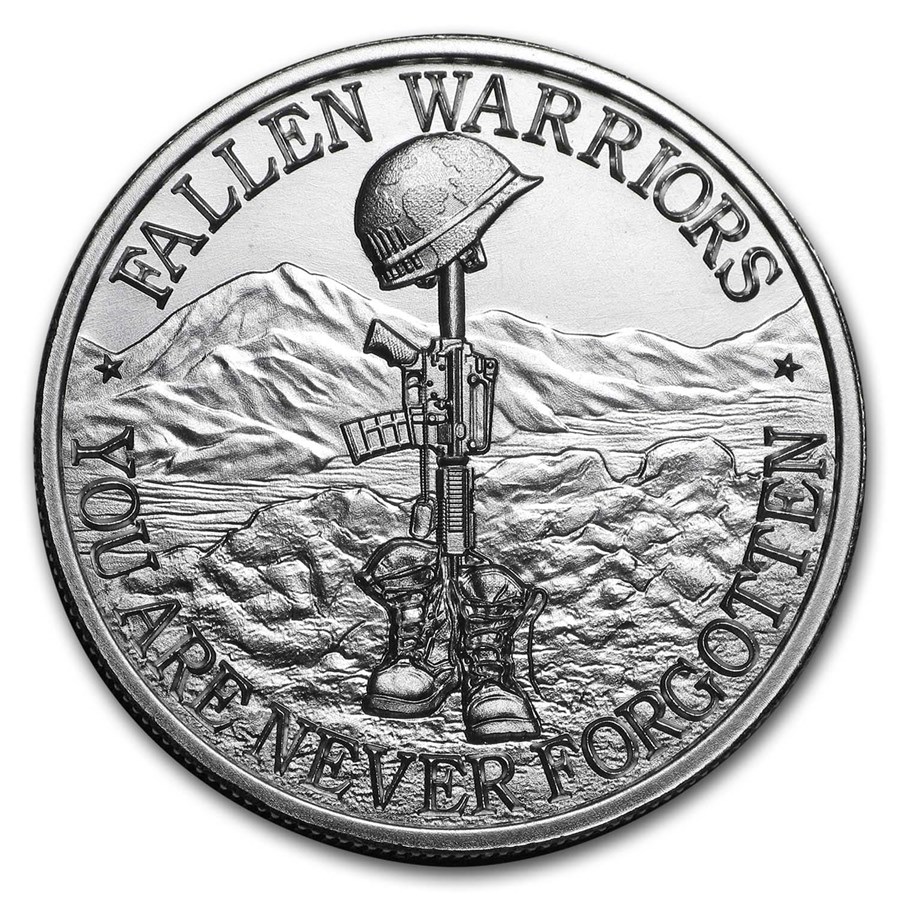 Product Details
Product Details
This 2 oz high relief Silver round pays tribute to the symbolism of the battlefield cross and the bravery of the military men and woman that defend our country.

When the “battlefield cross” first appeared is a matter of conjecture. It is possible that it was during the Civil War, signifying a deceased soldier to be gathered and buried during a truce called for that purpose. The fallen soldiers were buried in graves in makeshift cemeteries near the battlefields, marked only by a simple wooden plaque. During both World Wars, the configuration of the rifle pointed down, with the helmet perched on the stock was a common site. It still acted as a marker so that the Graves Registration Service personnel could retrieve the body for burial, and it also started to act as a memorial.

By the time of the Korean War, changes were made to the process of handling the deceased soldier. Instead of burying the soldiers in temporary military cemeteries, they were removed to staging sites to be readied for shipment to Japan and ultimately home. The battlefield cross took on more significance during this time, as a way to provide closure for the fallen soldier’s comrades.

Interpretations vary regarding the meaning of the components, and how they are placed. The rifle facing downward means the soldier was killed in action; a rifle with a bayonet stuck in the ground tells us the soldier went down fighting. It’s not hard to interpret the placement of the boots or the presence of the dog tags: the soldier has marched the final march to battle, and he will never be forgotten.

Really attractive round on both sides. One of my favorite rounds that I own. I’d buy another when - if they come back in stock. Premiums are expensive though