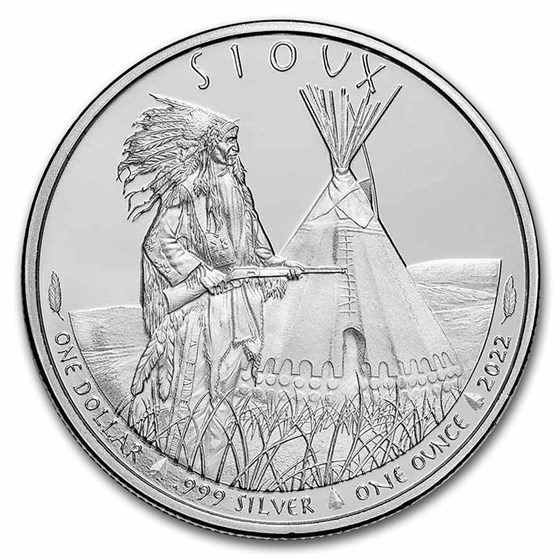 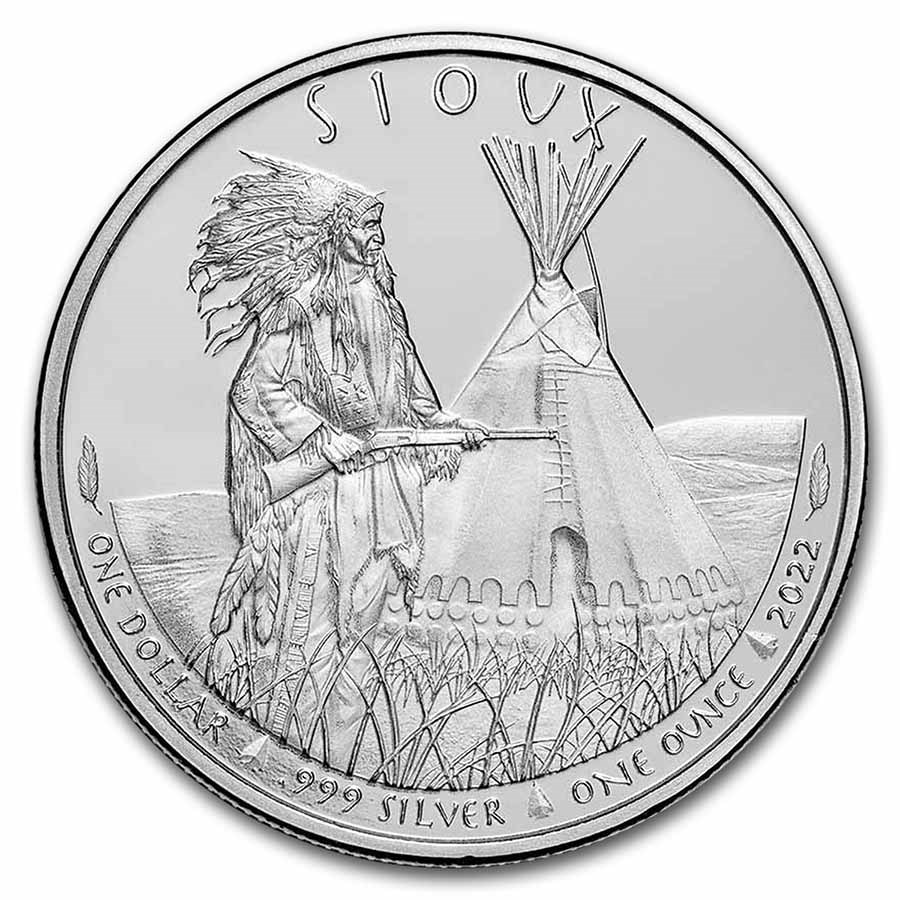 Product Details
Product Details
As low as $7.99 per round over spot
This APMEXclusive® Native American Mint 1 oz Silver BU features a Sioux chief guarding his territory. This coin is authorized by the Oglala Sioux Tribe, which is the largest of the Sioux nations and is located at Pine Ridge, South Dakota.

This is the fifth coin in the Sioux Buffalo series. Available only at APMEX, these coins reflect the sovereign status of Native American tribes and are instrumental in honoring tribal history and culture spanning centuries. Adding to their collectibility is the fact that they are the only American, non-U.S. government coins available in the marketplace.

Beautifully display your Sioux Indian coin by adding an attractive presentation box to your order.

Sioux Bullion Series
The Great Sioux Nation consists of groups of Native American tribes and First Nations peoples in North America. The tribes are comprised mostly of the two language groups, the Lakota and Dakota, which means "the allies." The Native American Mint Silver coin series is an APMEXclusive®. Inception of this popular series began in 2015, and it continues to offer exclusive Sioux designs representing the tribes with great dignity and honor while also pairing with top notch quality. This Native American coin series is expected to be an annual release.

Native American Tepees
Tepees or tipis are the name of dwellings used by American Indians. Typically, they were constructed of poles arranged and fastened into a conical frame covered by animal skins. A hole was left in the top for smoke to escape and a flap was created to allow movement in and out of the tepee. Although these structures were highly mobile, the design still provided a solid shelter for the American Indians. They were used by hunter-gatherer tribes like the Plains Indians who killed bison, deer, elk and other game animals for food. Furthermore, they were often decorated elaborately with pictures of animals, gods and tribal symbols that had strong meaning for the owner.

Received coin in a timely manner. Always great to deal with!

Beatiful design of Sioux Indian. Reasonable price for non coin from not a government mint.

The proud and Majestic Chief.

Decent but mine had marks

Decent coin, I bought it based on the design and mine had a few distracting marks.