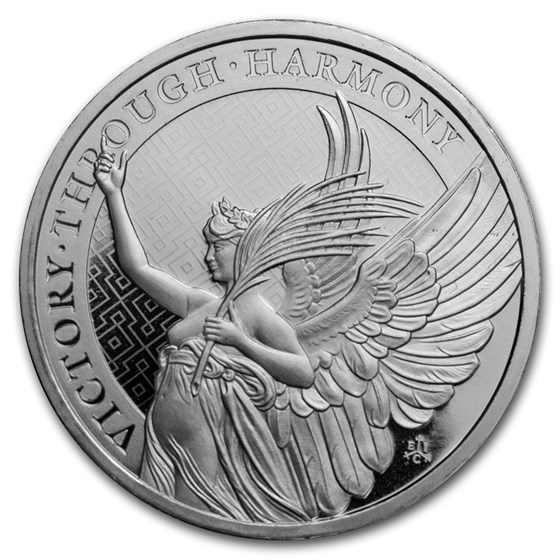 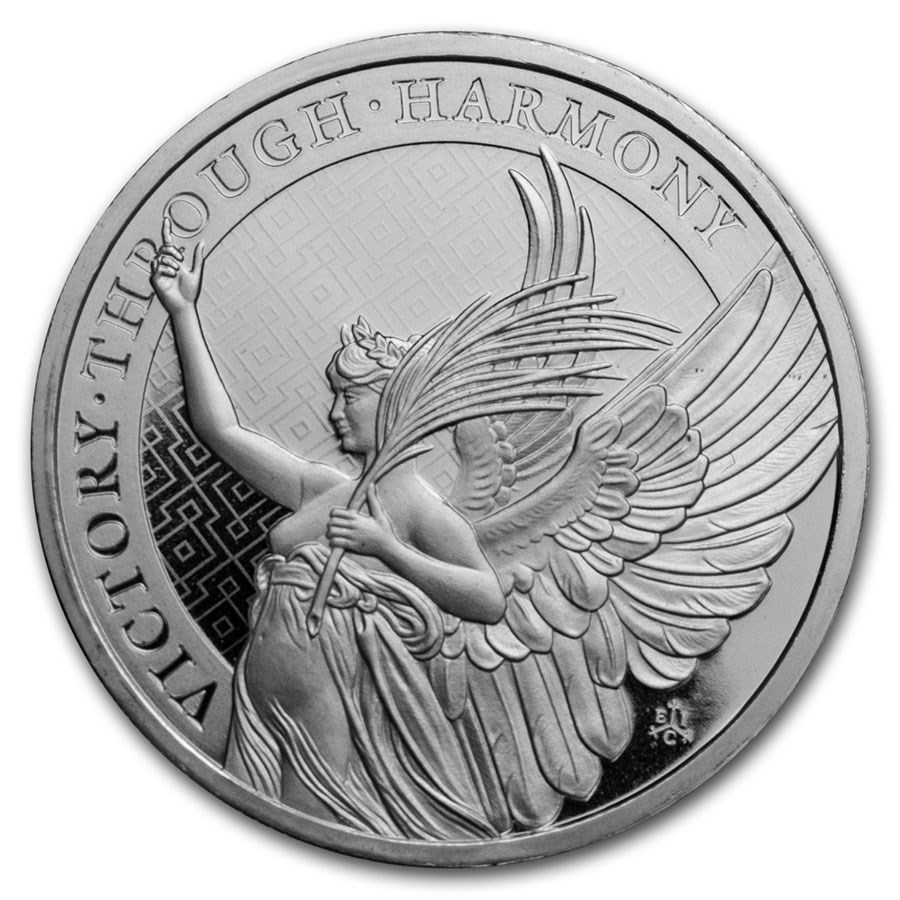 The first coin of the Queen Virtues series features Victory, which signals the end of conflict and a celebration for peace. Add the 2021 St. Helena 1 oz Silver £1 Queen's Virtues Victory coin to your cart today!

Queen's Virtues Series
The Queen Virtues series is a six-coin series from The East India Company, and is a tribute to Virtues of a Queen, with each release symbolizing one of the virtues of victory, truth, charity, justice, courage and constancy. The coins are released in both BU and Proof finishes, and in Gold, Silver and Platinum. The first release of this series celebrates the Virtue of Victory. This 1 oz Silver Victory coin features this first Queen's Virtue with an artistic design of the Victory statue, which stands in London at the memorial for Queen Victoria. The allegorical figure Victory holds a victor's palm in her left hand, representing victory, triumph and peace, with her right hand pointing toward the sky. The obverse features the effigy of Queen Elizabeth II, along with the country of issue St. Helena, the year of issue 2021, denomination of 1 Great British Pound, and metal denomination and purity of 1 ounce of .999 Silver.

This is a unique design. I bought it for the artwork. It's a good starter coin for silver. I would recommend it for an investment and the artwork.

So Glad I got a couple of these coins The detailed designs on this coin are perfect for coin collectors.

I have an extensive coin collection and I was SO pleasantly surprised by how beautiful and detailed these coins are. WOW.

Stunning coin, the details are great.

Beautiful coins . Shipped sooner than I expected. And got me curious enough too look up St Helena Island. Interesting place.

My first St. Helena coin and the detail on the obverse and reverse are stunning. Highly recommend.