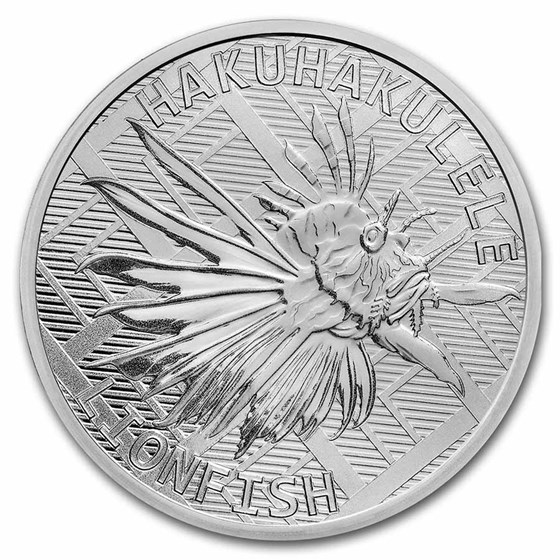 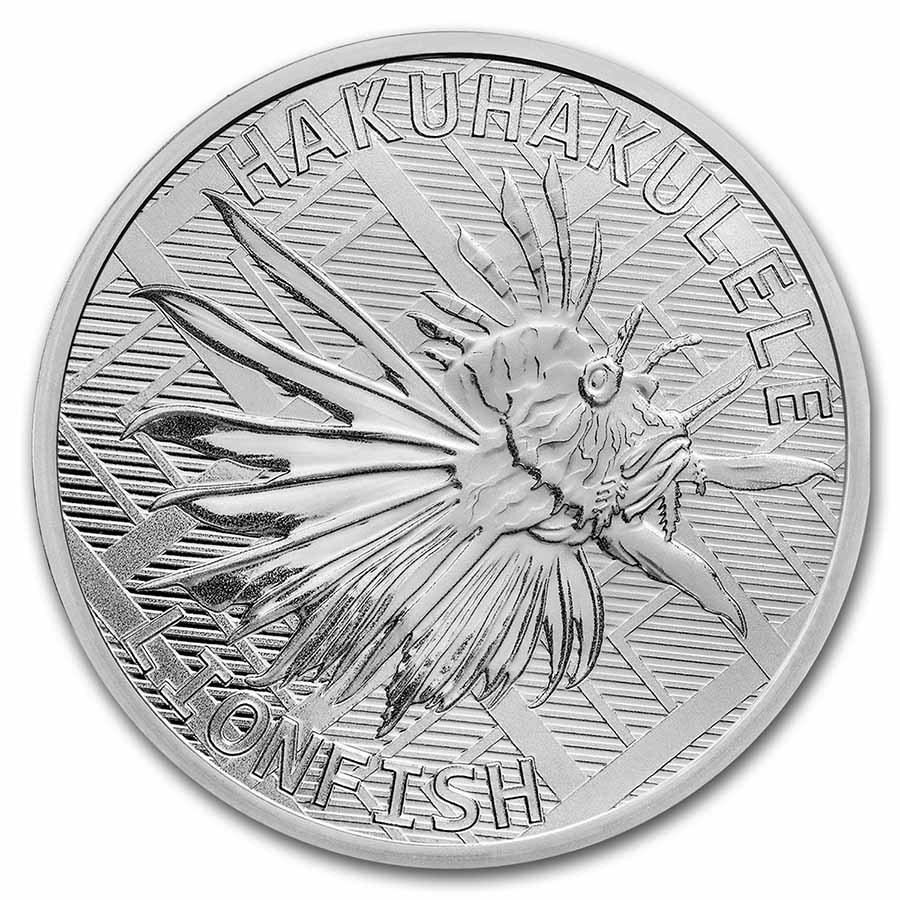 Product Details
Product Details
As low as $6.49 per coin over spot
The ninth release in the popular Tokelau Fish Series is here! This APMEXclusive® has a limited mintage of 10,000 coins and contains 1 oz of .999 fine Silver. This 2022 1 Silver coin from the New Zealand territory of Tokelau features a lionfish.

Protect your 2022 Silver Lionfish in style by adding a presentation box to your order.

The lionfish is the subject of the ninth release of a popular 12-coin series. Add this 2022 1 oz Silver Tokelau Fish Series: Lionfish coin to your cart today!

2022 Tokelau Fish Series: 1 oz Silver Lionfish
The first year for the Tokelau Fish Series was in 2014. In 2020, the entire series was redesigned with limited mintages and updated modern artwork and became an APMEXclusive®. The design on the reverse changes every year in honor of Tokelau’s rich fishing tradition, which has been passed down through the generations by featuring a variety of species of fish – creating a highly collectible and widely popular coin series.

Tokelau
The country of issue, Tokelau, is comprised of three small coral atolls located in the South Pacific Ocean. Schools of fish are attracted to these isolated atolls, with a variety of fish species including ruby snapper, yellowfin tuna and dolphinfish. In 2011, Tokelau declared 123,178 square miles to become a shark sanctuary. This sanctuary prohibits commercial fishing of all sharks and reduces shark mortality in its waters. With the sanctuary in place, more species of fish are drawn to the country of Tokelau and its safer waters.