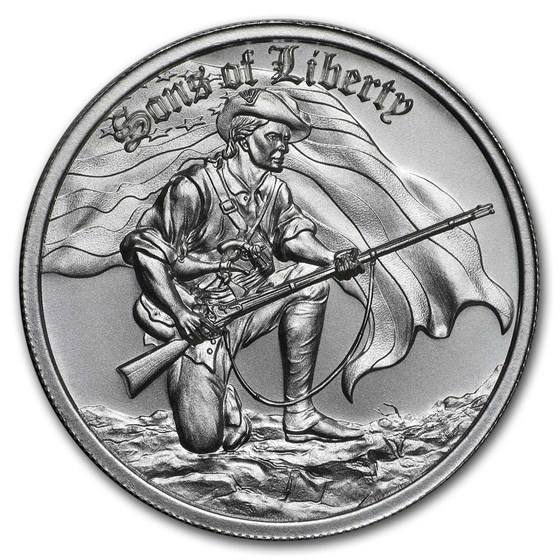 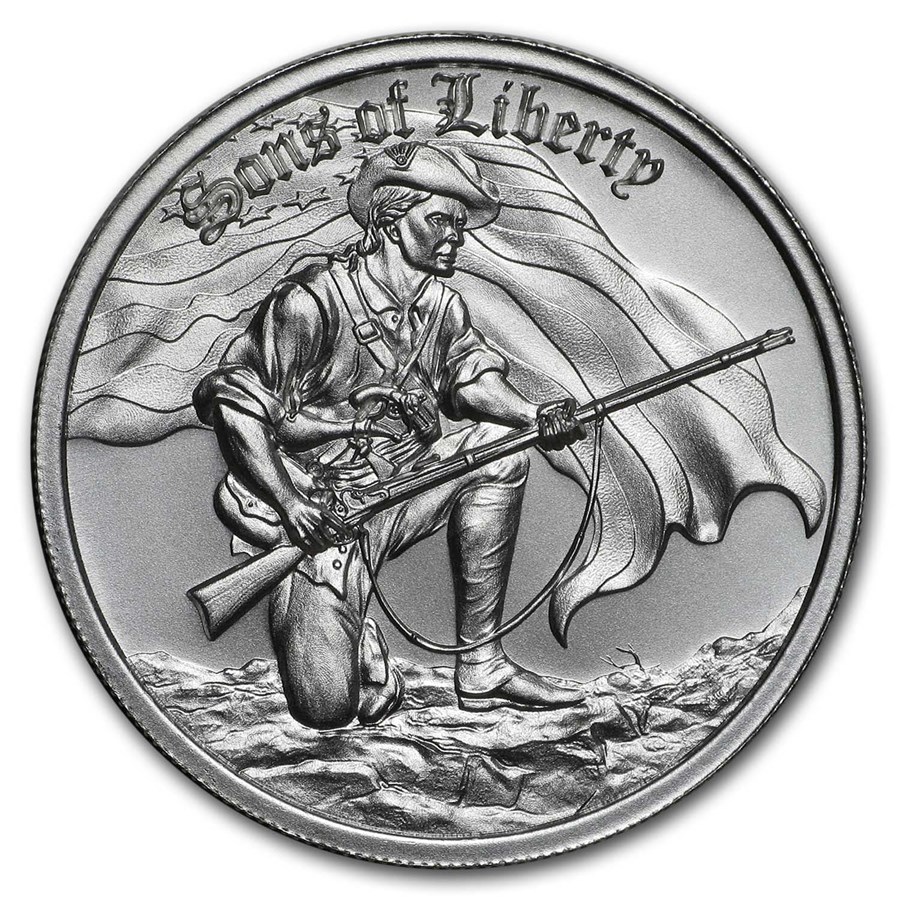 Your purchase is guaranteed to match the quality of the product shown. It will not be this exact item.
Product Details
Product Details
This 2 oz Silver round pays homage to the Sons of Liberty, a formal underground organization that promoted a unified inter-Colonial effort resisting taxes and laws whose motto became “No taxation without representation”.

Prior to the American Revolution, there were many instances and individuals who were passionately involved in the protection of the Thirteen American Colonies. One such organization that was created was the Sons of Liberty, a secret society formed to fight taxation by the British government, playing a major role in the Stamp Act in 1765.

As a formal underground organization, the Sons of Liberty promoted a unified inter-Colonial effort resisting taxes and laws whose motto became “No taxation without representation”. They would often issue anonymous summons to a “Liberty Tree” for public meetings with well-known organizers and leaders such as Samuel Adams, John Hancock, Paul Revere, and the now infamous traitor Benedict Arnold.

The two ounces feels good to hold, and the detail in this patriotic piece is amazing.