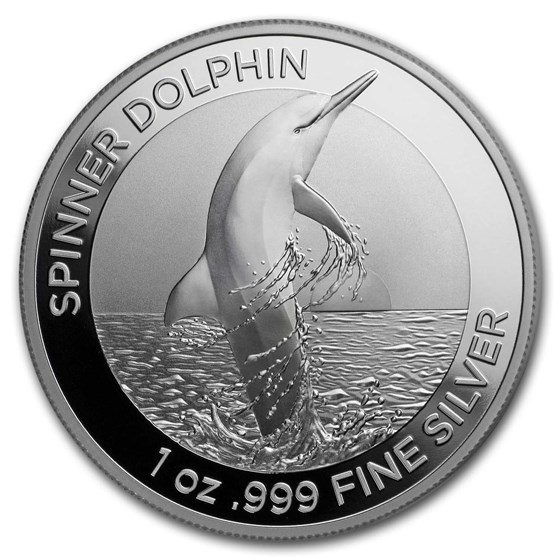 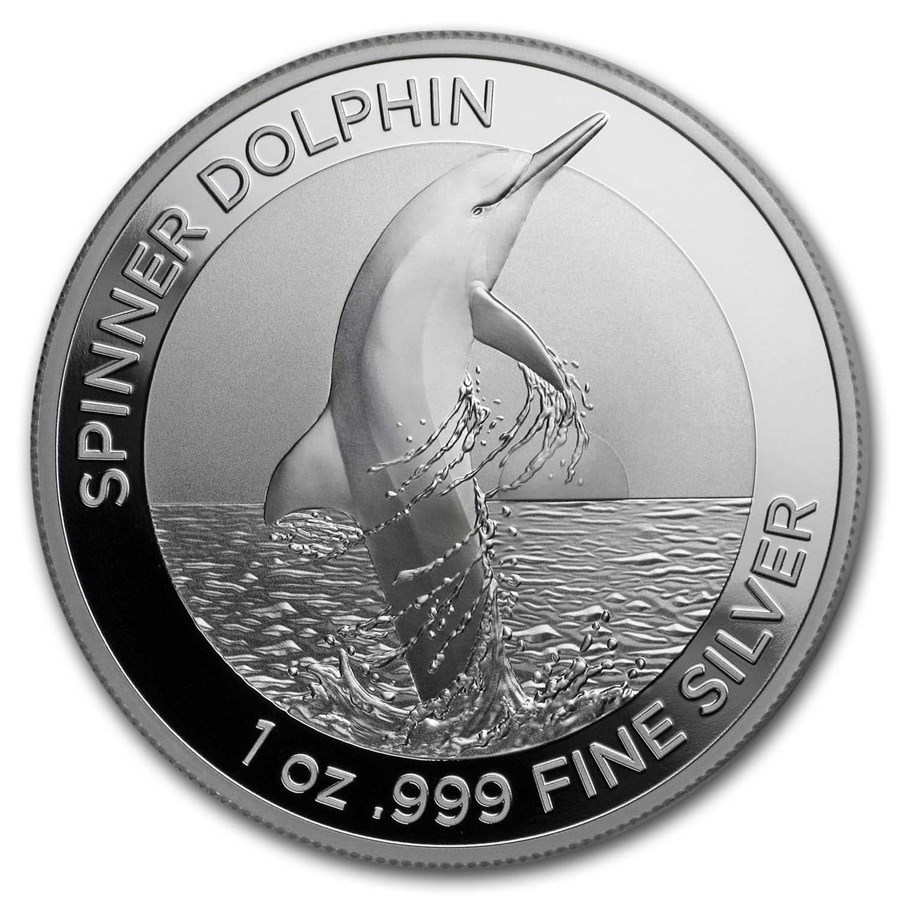 Product Details
Product Details
This low mintage coin is the second Silver release in the Dolphin bullion series by the Royal Australian Mint! This APMEXclusive® coin has a limited mintage of 25,000 coins worldwide.

The second release of the Dolphin bullion series by Royal Australian Mint features a stunning Spinner Dolphin leaping out of the ocean against a rising sun. This Brilliant Uncirculated Silver coin features an elegant design in 1 ounce of .999 fine Silver.

Silver Dolphin Series
The Dolphin is a beloved animal depicted in many cultures, and are also native to Australian waters. Royal Australian Mint and APMEX partnered to release the Dolphin series, in both Gold and Silver. In various cultures, the Dolphin symbolizes happiness, power and protection. The Spinner dolphin, sometimes called the long-snouted dolphin, is famous for its acrobatic displays as it leaps out of the water. The dolphin can spin multiple times in one leap, and scientists believe the mammal uses this to communicate, as well as remove small fish that may latch on. These dolphins have been recorded to fully spin seven times during a single leap, and create huge splashes when they land back in the water.

You can always depend on Australian's to mint a very pretty coin with nice luster and detailing. Have many in my collection.

I love the coin this was my first buy. Can’t wait to buy more.

This coin is stunning!! Looks alot better in your hand.

Simplicity make this a winner

They did a great job on this coin by keeping the image simple. The dolphin really pops out and give the feel of the dolphin spinning.