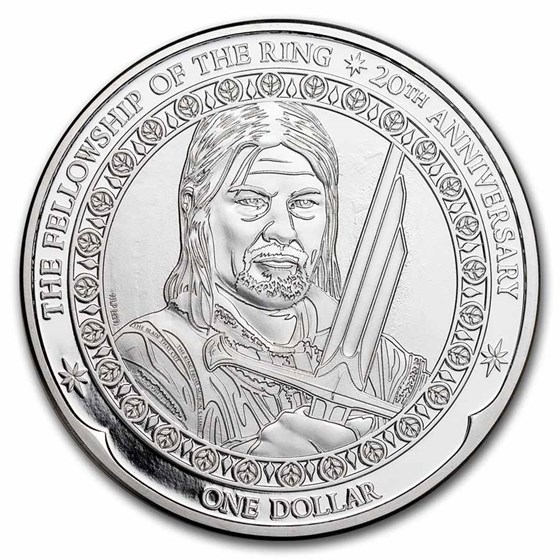 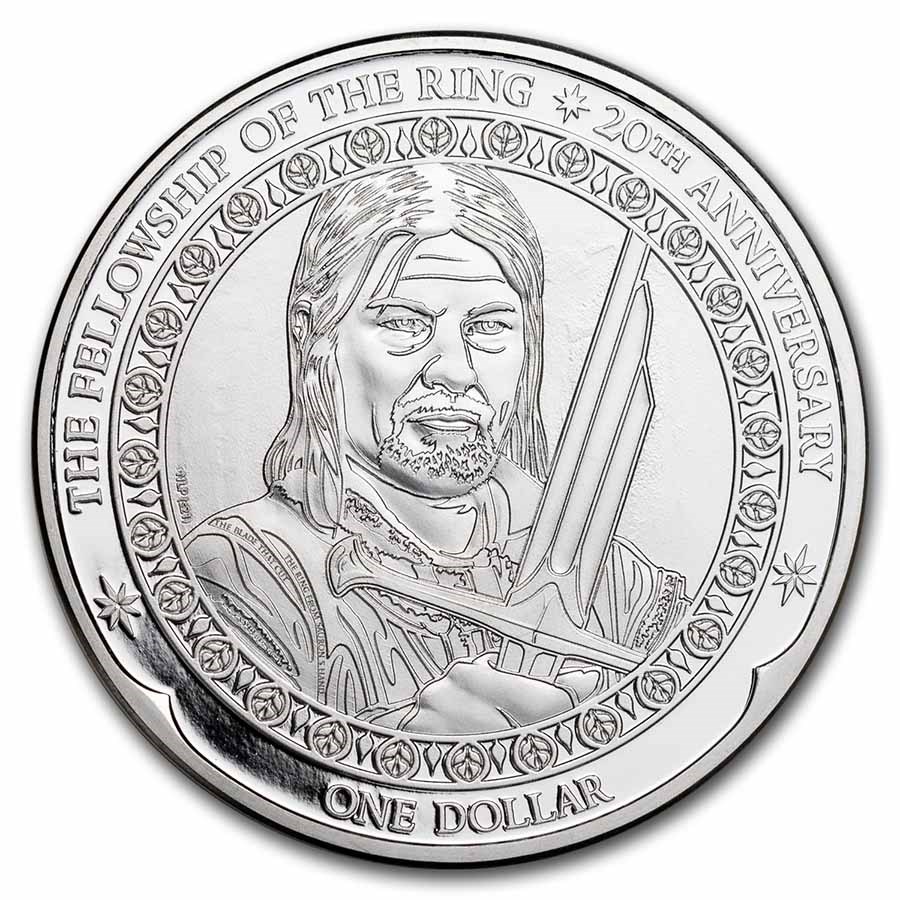 Product Details
Product Details
Any quantity only $8.99 per coin over spot
Celebrate the 20th anniversary of Lord of the Rings in the Fellowship Series with this amazing Brilliant Uncirculated coin.

Celebrate the 20th anniversary of this epic fantasy movie. Add this Silver 1 oz Boromir coin to your cart today!

The Lord of the Rings
The first movie in this epic series was released in 2001 with a subtitle of The Fellowship of the Ring. The movie is based of J.R.R. Tolkien's novel, which was first published in 1954. The first was directed by Peter Jackson and filmed in his native New Zealand.

Lord of the Rings

Beutiful coin with Lord of the Rings theme.

The Frodo Coin was good but the Boromir Design was much better! Very nice.