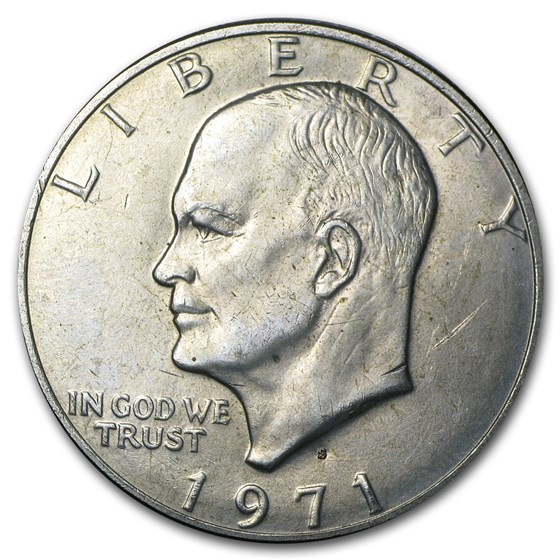 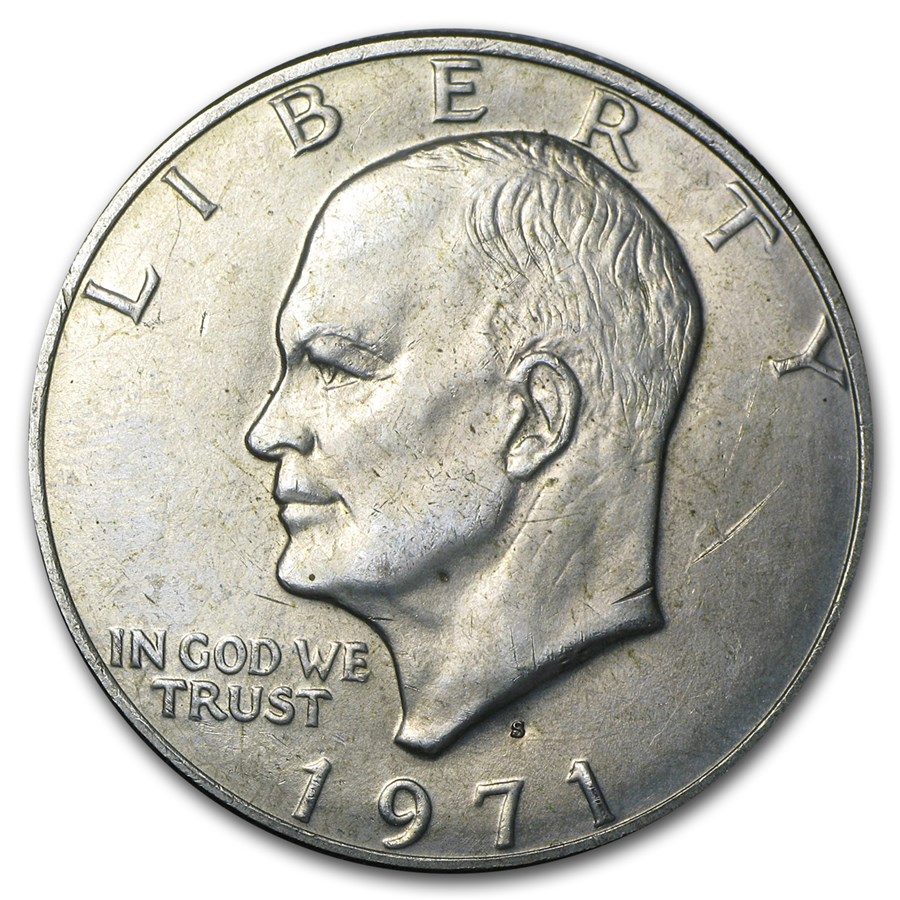 Preserve a part of American History by starting your own collection of Ike Dollars. Add to your collection by including this 1971-S Silver Eisenhower Dollar in your cart today.

Pre-1965 40% Silver coins, sometimes referred to as junk Silver or scrap Silver, are a great way to start your Silver investments. These Silver coins were pulled from circulation with the introduction of copper/nickel clad coins and the rising demand of Silver. The public saved them for their 40% Silver content as a rainy day fund they can fall back on.

Look circulated, not in BU condition at all.

Merchant response: FABE: We apologize that the coins didn't come in the condition you were expecting. We'll be happy to exchange your coin for you. We've notified our customer service team and they'll be reaching out to you soon. If you ever have an issue know that you can contact us at 800-375-9006.

I always liked the Eisenhower Silver Dollars, that's why I always buy one per order. I love 'The Eagle Has Landed' Motif on the Reverse of the coin. It reminds me of what the US can do when it gets its stuff together. The Order came in a new storage box with 4 layers of neoprene foam rubber pads. However 5 of 7 Plastic Flips suffered catastrophic failures and a reed on the edge of this coin was damaged. The company offered a reasonable solution, but due to relocating across the country and other factors, I've decided to live with the damage.

Merchant response: Mike: The fact that 5 of the plastic flips that were delivered were ruined is terrible. And the fact that the coins were then also damage is simply unacceptable. Customer service is reaching out to you in an effort to replace the coins and make sure you get the customer experience we strive for. We're also looking into our current policy for packaging to make sure we're taking all precautions when it comes to getting metals to our customers. Thank you for your feedback.