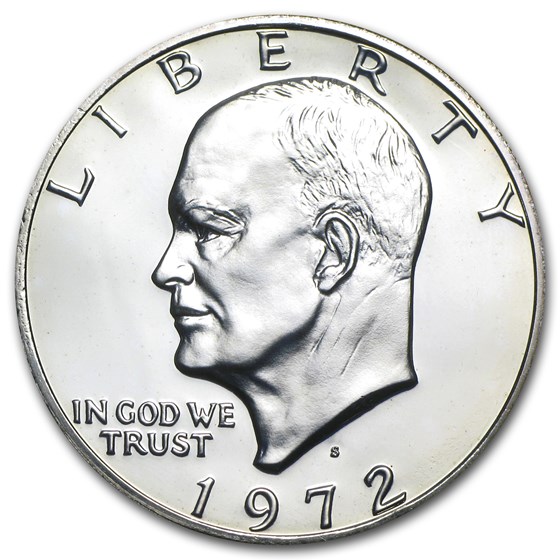 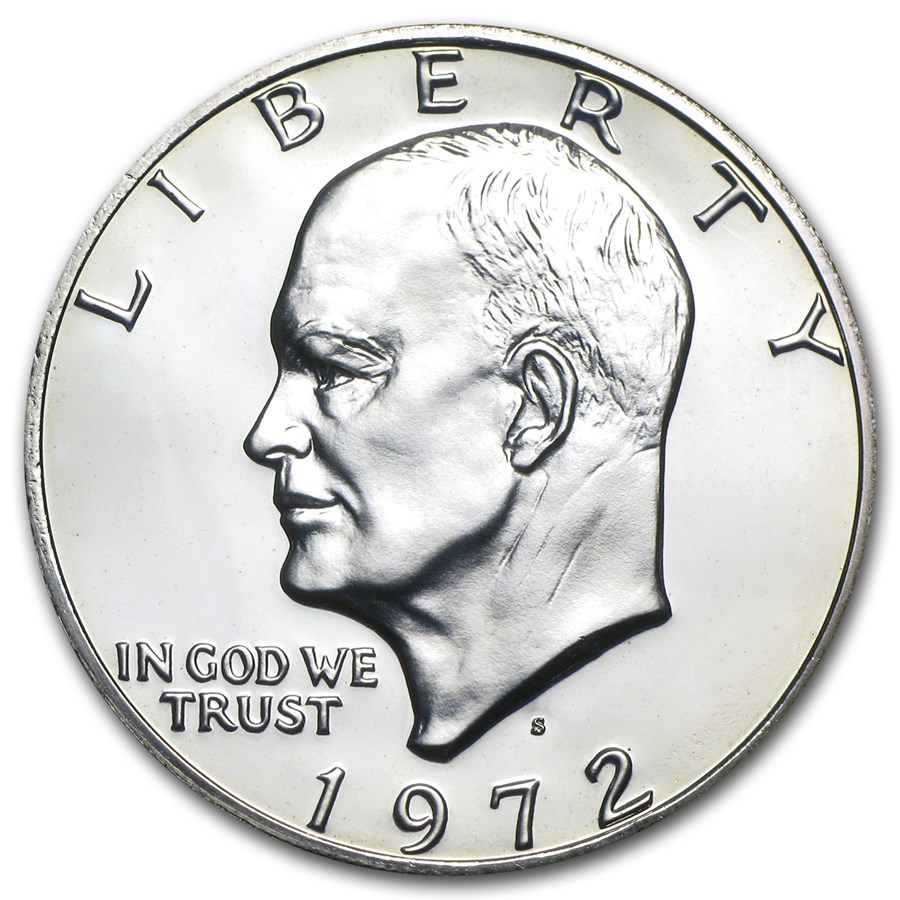 Product Details
Product Details
Highly collectible, these 40% Silver Eisenhower Dollars are in Gem Proof condition! Also known as the Ike Dollar, it was the first dollar intended for circulation minted after the Peace Dollar and celebrates General/President Eisenhower and the Apollo XI.

Preserve a part of American History by starting your own collection of Ike Dollars. Add to your collection by including this 1972-S 40% Silver Eisenhower Dollar Gem Proof in your cart today.

Beautiful Gem EIK. Love the EIK's remind me of my child hood. This was in perfect condition.

I am impressed with the condition of this coin. It still has its original luster with a band of slight golden toning on the coin's reeding. I'm very satisfied with this gem.