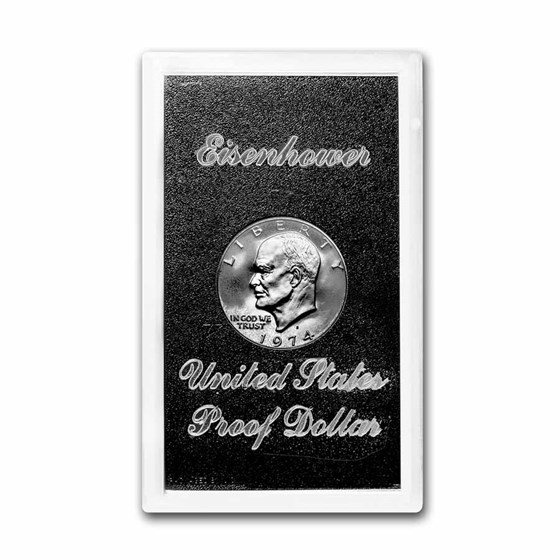 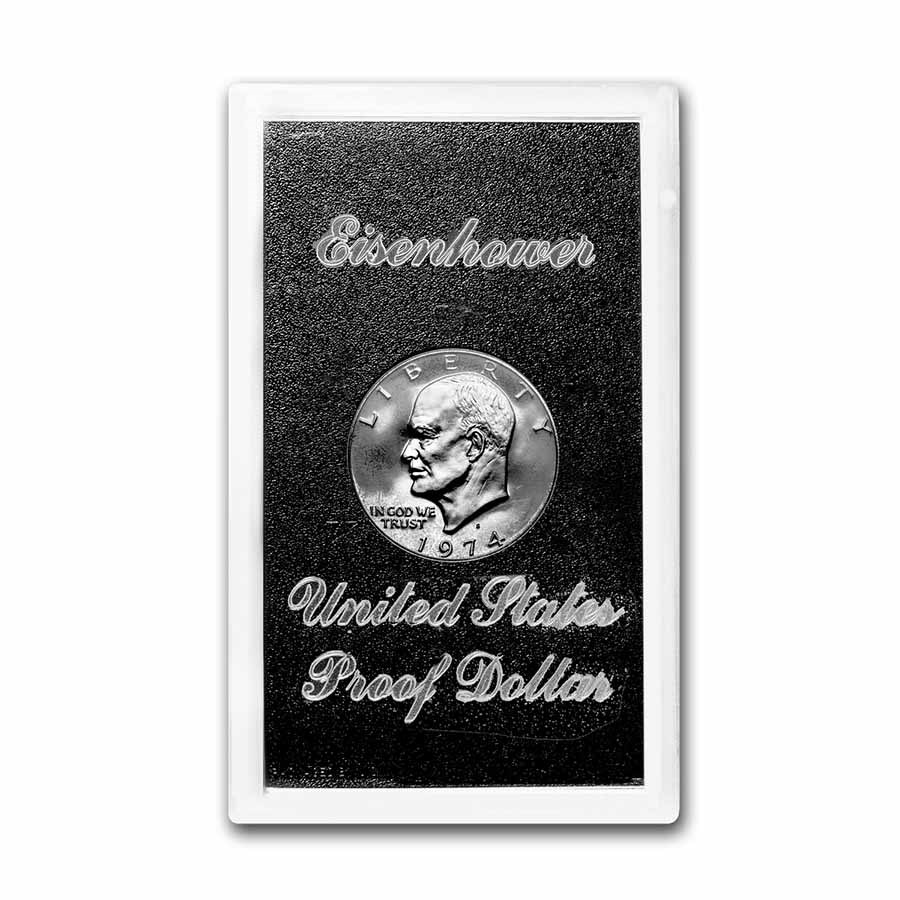 Product Details
Product Details
The Ike Dollar, since its conception in 1971, has served as a popular series for modern day enthusiasts to collect. These coins are in Proof condition, untouched in their original government issued packaging with mint seal in tact.

Preserve your own part of American history by starting a collection of Ike Dollars. Add to your collection by including this Proof 1974 40% Silver Eisenhower Dollar to your cart today.

I’m very happy with this coin! Wow! Cheers, to this 74 Silver Proof!