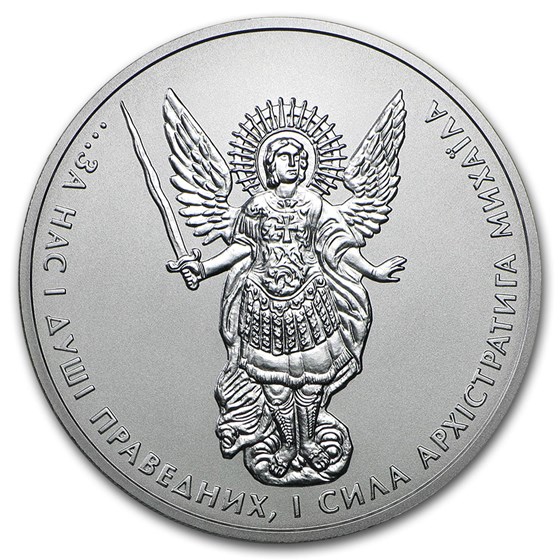 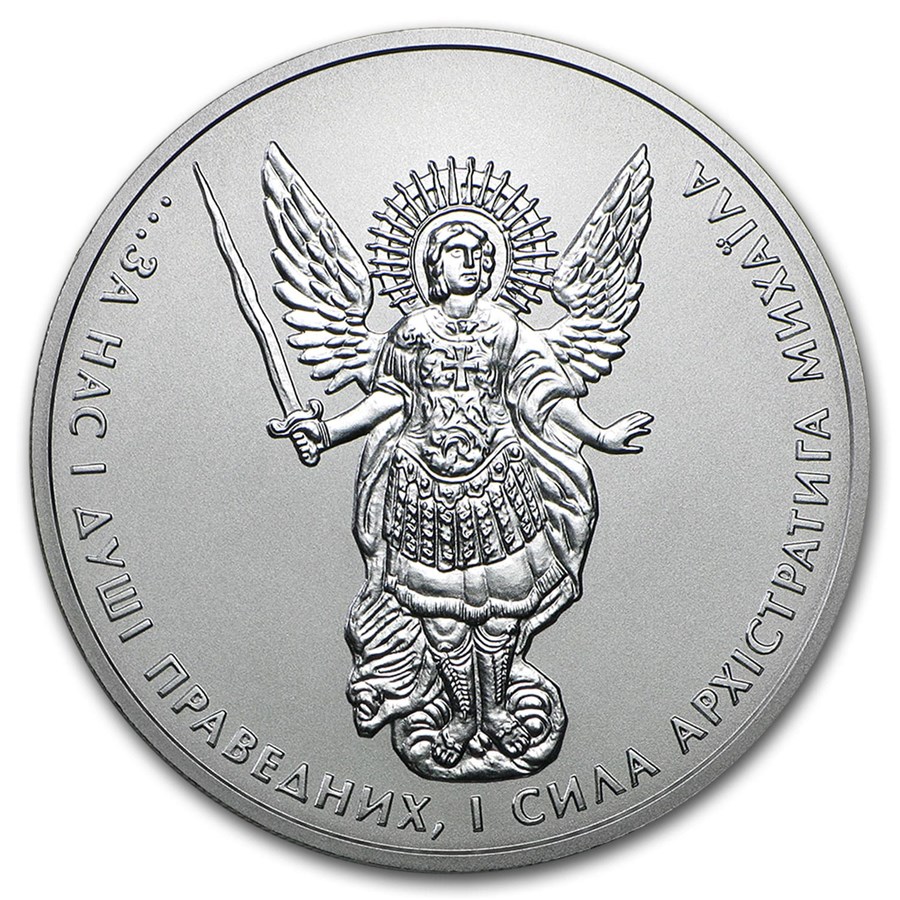 $38.87
Any Quantity
Product Details
Product Details
APMEXclusive®
Known for winning victory over evil, the Archangel Michael is exquisitely displayed on this 1 oz Silver coin from Ukraine. These low-mintage coins are legal tender and are known for their uniqueness and rarity.

The National Bank of Ukraine sets the mintage of the Archangels at the end of each year. The mintages have been below 30,000 coins in the years up to date. A low mintage is expected for this year’s issue. The Archangel Michael notably is known as being the angel that led the defense of Heaven, defeating the dragon, sometimes referred to as Satan or the devil, and his angels.

Coin Highlights:
Don’t miss out on the opportunity to add this magnificent 2016 Ukrainian 1 oz Silver Archangel Michael coin to your cart today!

Different but simple but well done

I like the simple beauty of these all fine silver coins. Love them.

super cool addition to my collection, came in great condition.

What a gorgeous coin. I ordered two of these and two of the 2017s and I absolutely love them. The coins I received are literally perfect, all four of them. I am partial to sovereign 1 oz coins, especially lesser known ones, and these Archangels are just that. Mintage around approximately 30,000 a year, and killer design. These look great in any stack. Snag them before they are gone!

Ukraine does not compare to other established mints around the world and due to Ukraine suffering more than most countries, these coins will be a valuable coin on the market. I'll be stacking more of these as quantity is limited each and every year.

I purchased this coin as soon as I saw the coin pop up. I am a personal fan of St. Michael and am glad I was able to add these to my collection. The coin is in perfect condition and I love them. APMEX delivered in a capsule, fast, and secure. Buy with confidence!