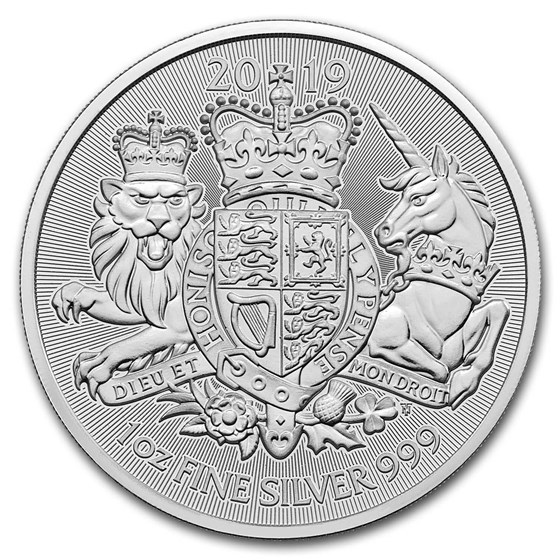 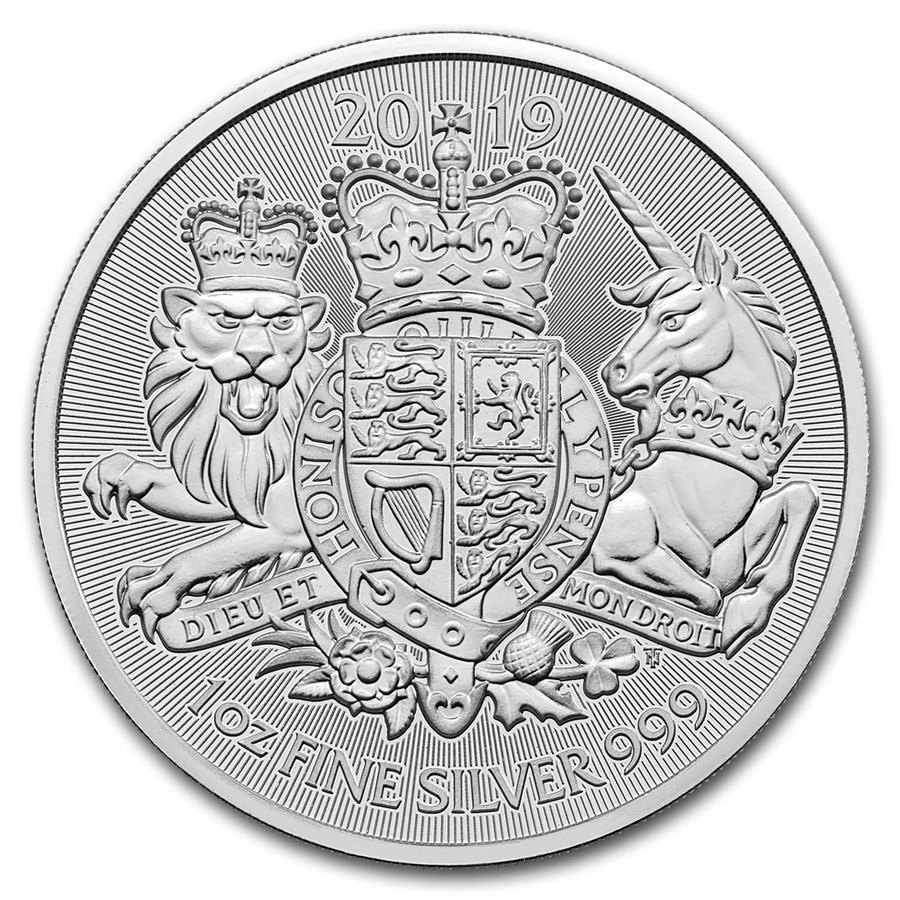 Display your 1 oz Silver Royal Arms coin in style by adding an attractive presentation box to your order.

This 2019 Silver Royal Coat of Arms coin would be a great addition to any bullion collection. Add this 2019 1 oz Silver Royal Arms coin your cart today!

The iconic Royal Arms design by Eric Sewell has been reinterpreted on this 2019 bullion coin by coin designer Timothy Noad. The Royal Arms quartered shield depicts three passant guardant lions of England featured in the first and fourth quadrants, and in the second, the rampant lion and double tressure flory-counterflory represents Scotland. The third features a harp for Ireland. The shield is supported on one side by the crowned English lion and the other by the Scottish unicorn, and has a Garter circlet surrounding it, inscribed with "HONI SOIT QUI MAL Y PENSE" (shame on he who thinks evil on it). Also featured is the leek of Wales.

Another excellent coin by the British Royal Mint. Continually, they set the bar high on high-quality, beauty and interesting designs. This coin is no exception. Whether in single pieces or a tube, this coin is sure to add greatly to your existing holdings. The Royal Mint is consistently a top-contender on the world stage.

My niece is a huge Anglophile. I'm collecting Queen's Beasts for her. She'll love this one as well. Very pleased with this regal-looking coin