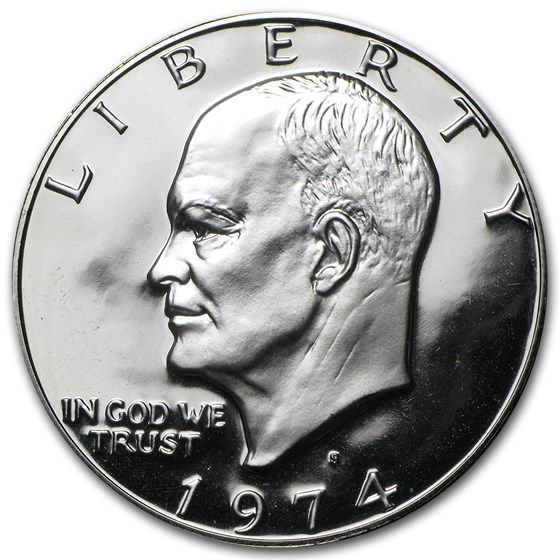 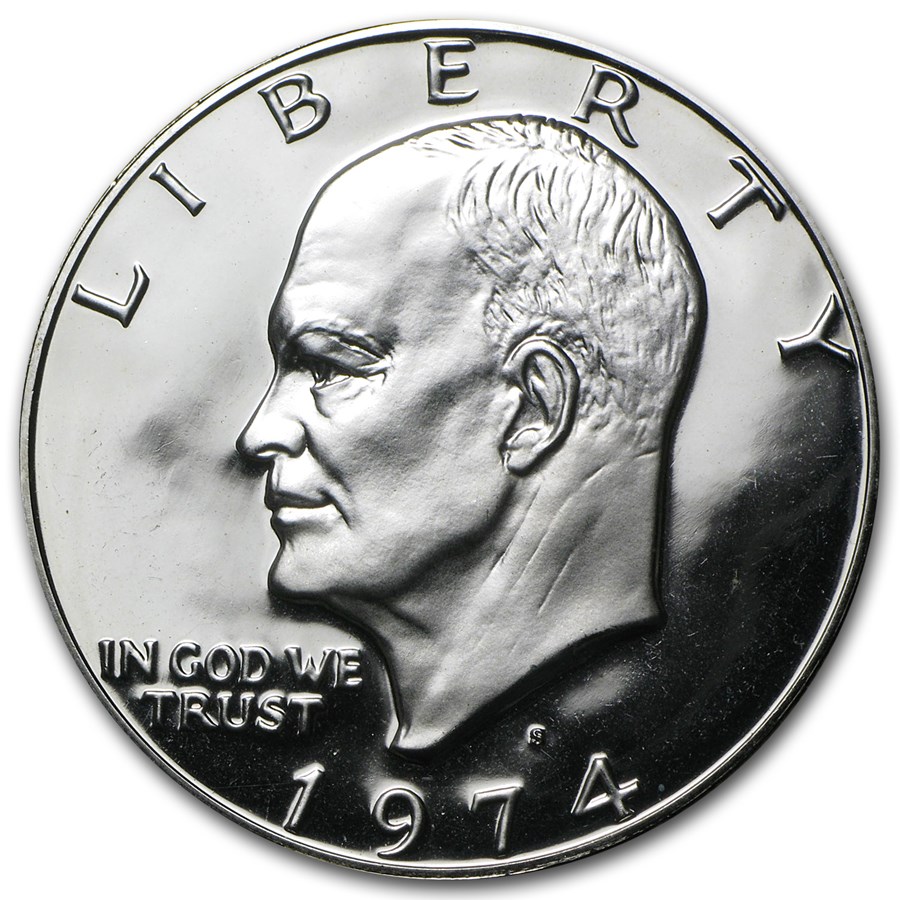 Product Details
Product Details
Also known as the Ike Dollar, the Gem Proof quality Eisenhower Silver Dollar was the first dollar minted after the Peace Dollar and was minted to celebrate the accomplishments of General/President Dwight D. Eisenhower and the success of the Apollo XI.

Preserve a part of American History by starting your own collection of Ike Dollars. Add to your collection by including this 1974-S 40% Silver Eisenhower Dollar Gem Proof in your cart today.

These 1974 Eisenhowers are absolutely stunning. The online pictures do not do them any justice! Nice addition to older U.S. currency, from times when the coins actually contained real silver!