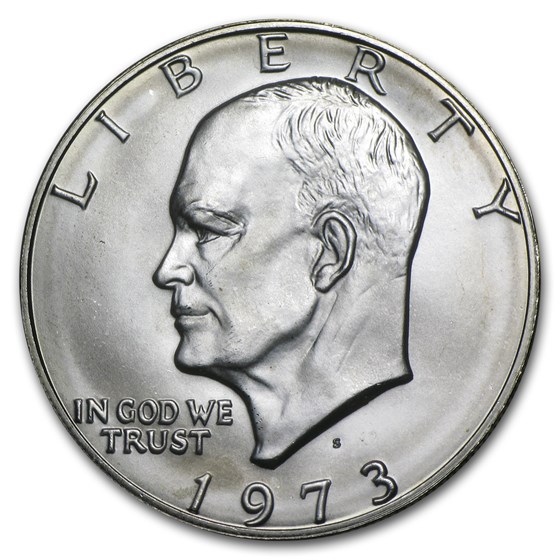 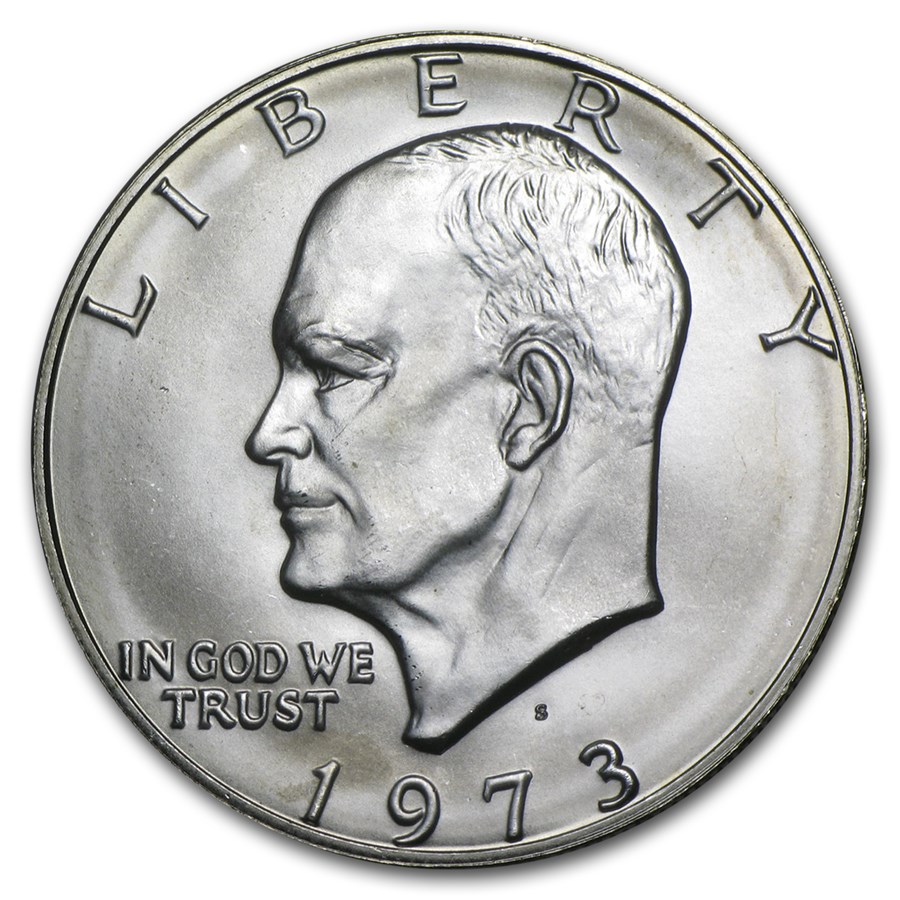 Product Details
Product Details
Also known as the Ike Dollar, it was the first dollar intended for circulation minted after the Peace Dollar and celebrates General/President Eisenhower and the Apollo XI.

Preserve a part of American History by starting your own collection of Ike Dollars. Add to your collection by including this 1973-S 40% Silver Eisenhower Dollar to your cart today.

a good purchase at a good price

Product received wes exactly what we expected. Shipping time was very reasonable, especially since it was mailed to Puerto Rico Product cos was also very reasonable