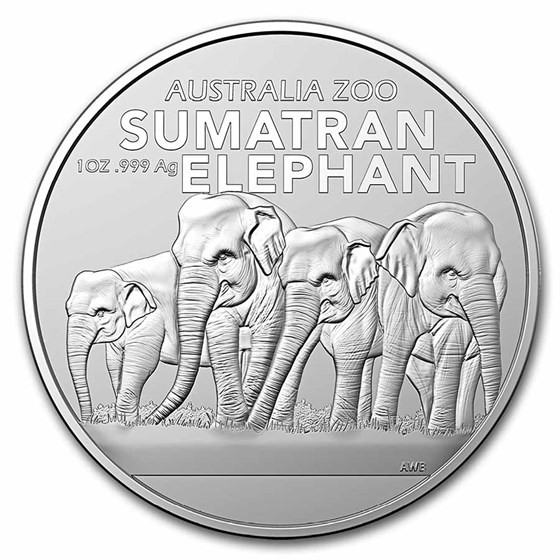 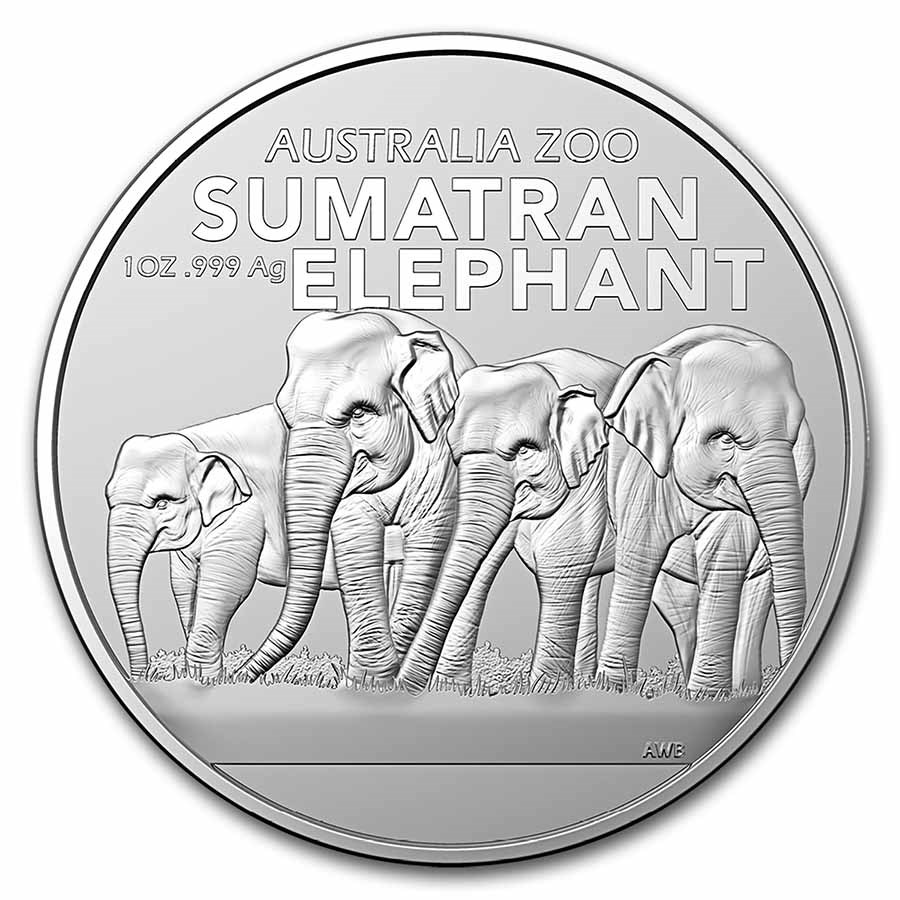 Product Details
Product Details
Any quantity only $6.79 per coin over spot
This low mintage coin is the third Silver coin in the Australian Zoo series by the Royal Australian Mint. This 2022 release features the Sumatran elephant. There is a limited mintage of only 25,000 coins worldwide.

This Silver bullion coin is the third from the Australia Zoo series, and celebrates the impressive Sumatran elephant. Don't miss your opportunity to add the 2022 1 oz Silver Sumatran Elephant Brilliant Uncirculated coin to your cart today!

The Australian Zoo Series
Royal Australian Mint has released a bullion series that features various animals. The first release featured the Sumatran tiger in both 1 oz Gold and 1 oz Silver, and sold out quickly. The second release features both 1 oz Gold and 1 oz Silver Cheetah coins. This third release features the Sumatran elephant in 1 oz Silver coins. The Sumatran elephant is the smallest subspecies of the Asian elephant. These elephants are native to the Indonesian island of Sumatra and are listed as critically endangered. They are threatened primarily by habitat loss, fragmentation and poaching. The coins in this series feature limited mintages, adding to the collectibility of the series.