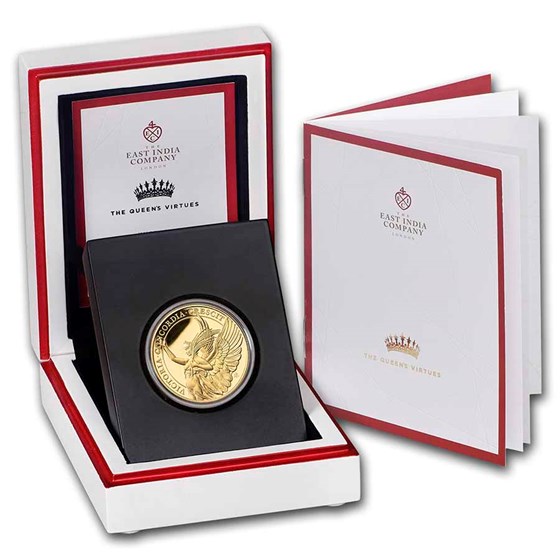 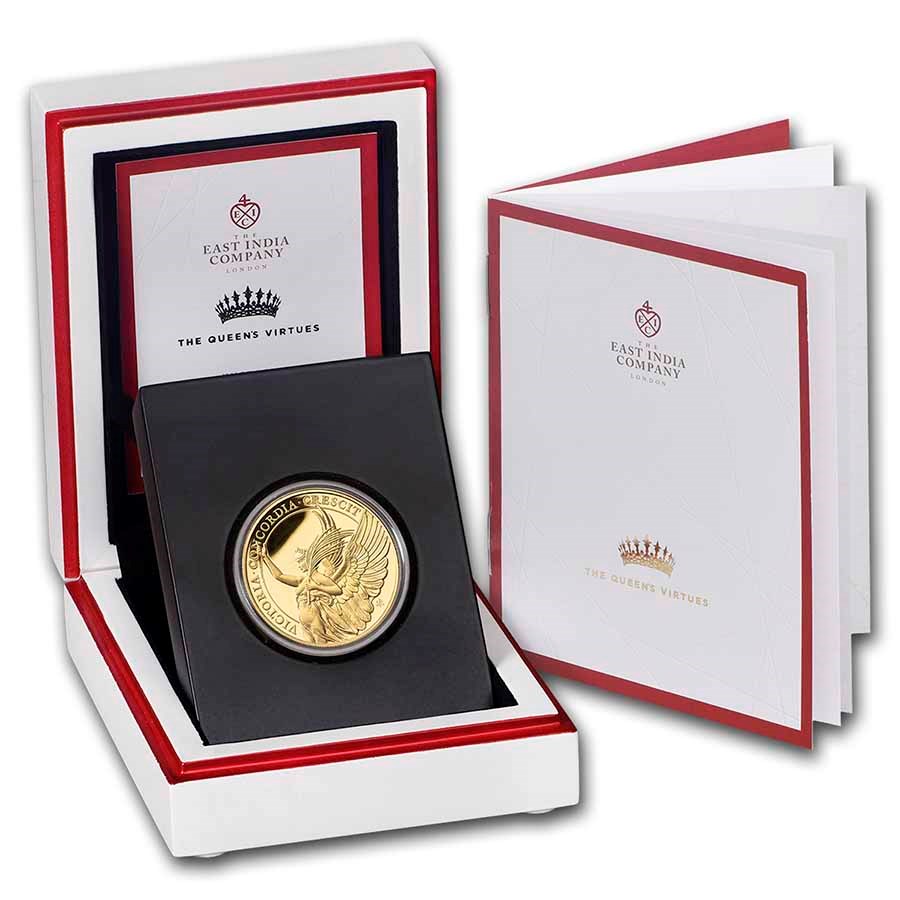 Your purchase is guaranteed to match the quality of the product shown. It will not be this exact item.
Product Details
Product Details
This .9999 1 ounce Gold coin features the first release of the Queen's Virtues series, featuring "Victory" in a beautiful Proof finish. There are only 250 coins total available in this edition, complete with a display box and certificate.

The first coin of the Queen Virtues series features Victory, which signals the end of conflict and a celebration for peace. Add the 2021 St. Helena 1 oz Gold £100 Queen's Virtues Victory Proof coin to your cart today!

Queen's Virtues Series:
The Queen Virtues series is a six coin series from The East India Company, and is a tribute to Virtues of a Queen, with each release symbolizing one of the virtues of victory, truth, charity, justice, courage and constancy. The first release of this series celebrates the Virtue of Victory. The coins are released in both BU and Proof finishes, and in both Gold and Silver.