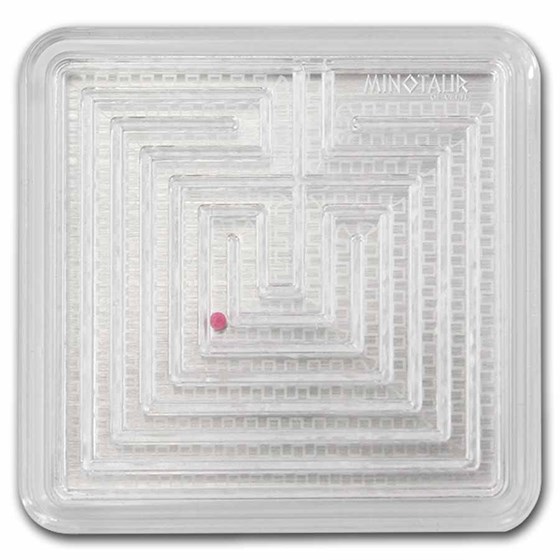 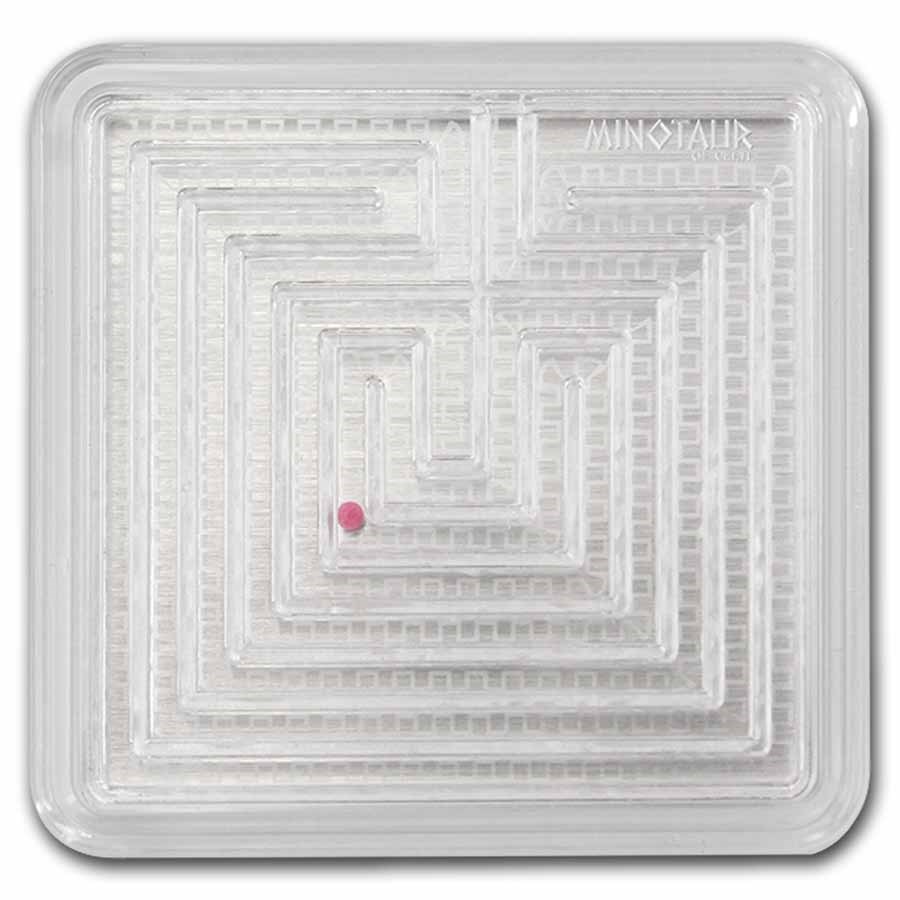 Your purchase is guaranteed to match the quality of the product shown. It will not be this exact item.
Product Details
Product Details
This 1.5 oz .9999 fine Silver interactive coin was minted and manufactured by PAMP Suisse and issued on behalf of the Solomon Islands, which celebrates the story of Theseus - the Greek hero who slayed the Minotaur.

PAMP Suisse products are manufactured in Switzerland and are world-renowned for their superior craftsmanship. Add the 1.5 oz coin to your cart today!

Theseus and the Minotaur:
The myth of Theseus and the Minotaur is a story about a Greek Hero, Theseus. He would go on to Kill the monster, but not without the clever help of Princess Ariadne who he had met and fallen in love with. She gave him some thread, so that he could go deep into the mysterious labyrinth without getting lost.