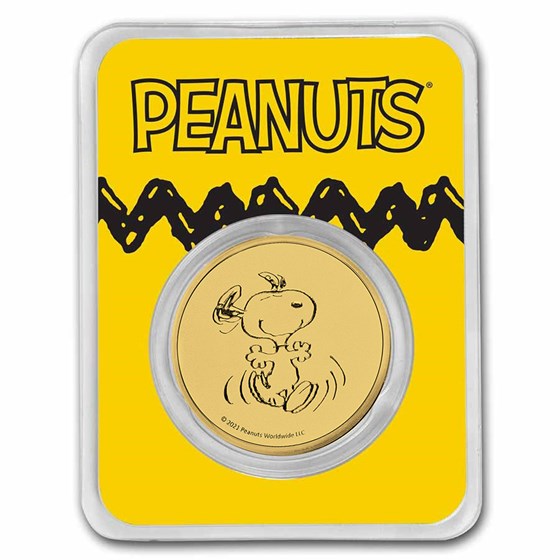 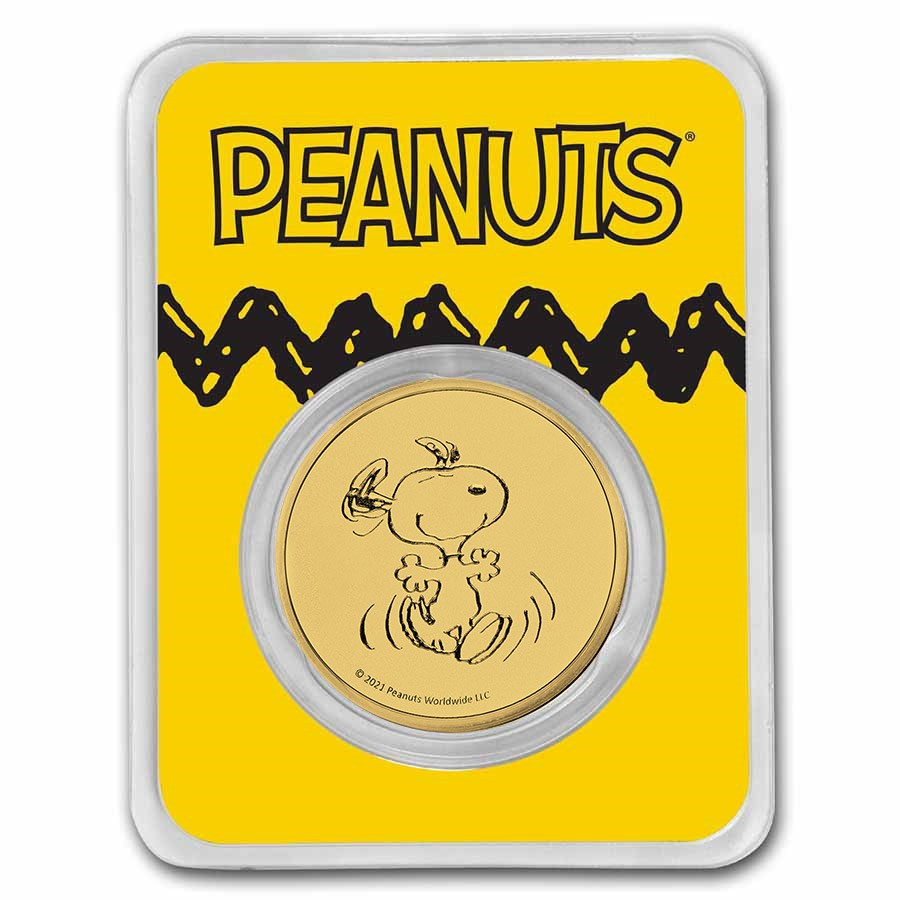 Product Details
Product Details
Invest in Gold with these officially licensed Peanuts® Snoopy Gold rounds exclusively from APMEX in protective tamper-evident packaging (TEP). Each round is secured in TEP in the likeness of Charlie Brown's classic yellow shirt.

Protect your Snoopy Gold rounds from fingerprints by adding these cotton gloves to your order.

Whether you are a collector, investor or a Peanuts® fan, these Snoopy Gold rounds are an essential part of any collection. Add this Peanuts® Snoopy 1 oz Gold round in TEP to your cart today!

Peanuts® and Charles M. Schulz
Charles M. Schulz once described himself as "born to draw comic strips." At just two days old an uncle nicknamed him "Sparky" after the horse Spark Plug from the Barney Google comic strip. Throughout his youth he and his father shared a Sunday morning ritual of reading the funnies.

After serving in the army in World War II, Schulz's first big break came in 1947 when he sold a cartoon feature called "Li'l Folks" to the St. Paul Pioneer Press. In 1950, Schulz met with United Feature Syndicate, and on October 2 of that same year PEANUTSTM, as termed by the syndicate, debuted in seven newspapers.

Charles Schulz would spend the next 50 years building a legacy that would give the world Charlie Brown, Snoopy and a whole cast of characters that would forever change the landscape of American comic strips.