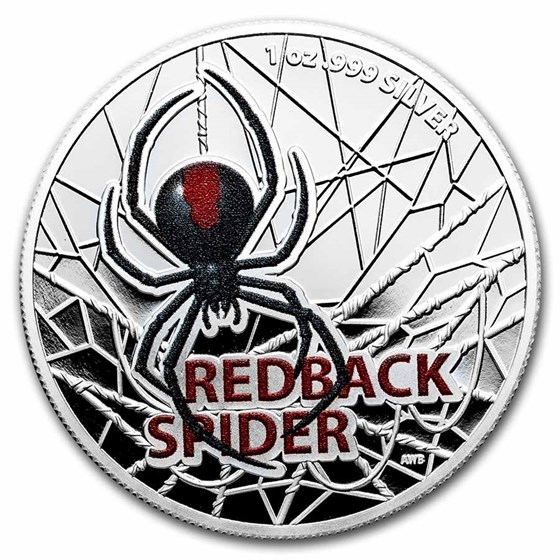 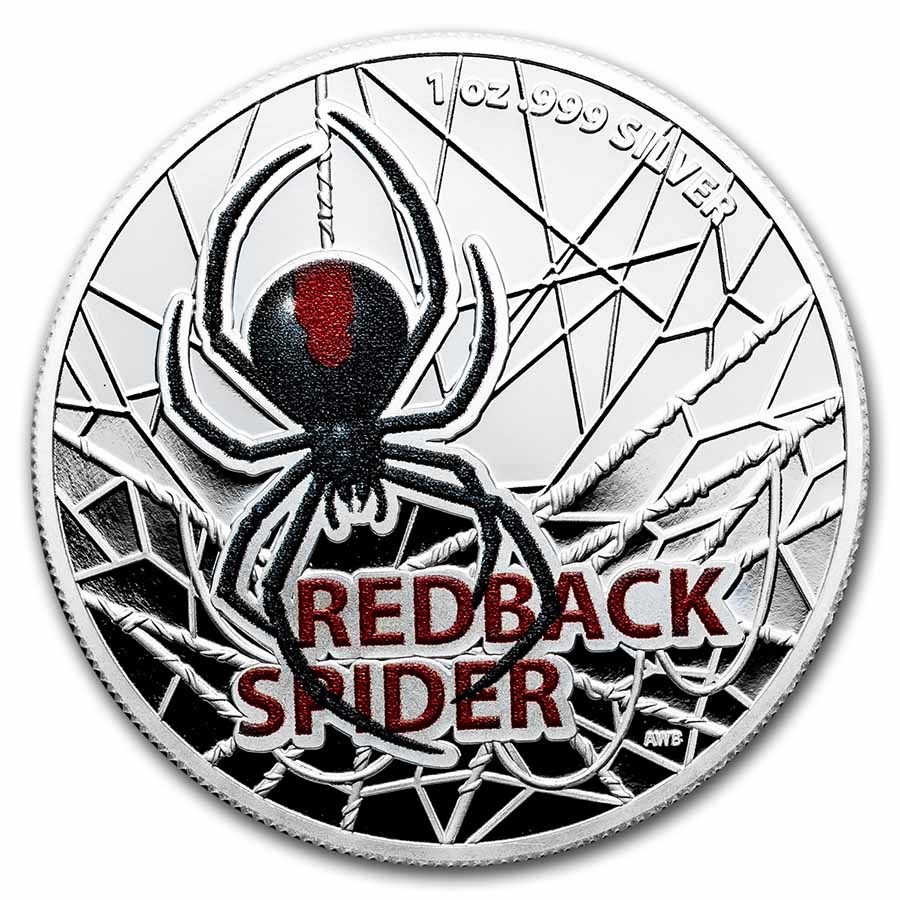 Product Details
Product Details
This limited mintage 1 ounce coin features the Redback Spider in .999 fine Silver, with a Proof finish and Colorized detail. There are only 1,000 coins produced worldwide.

Redback Spider
The series featuring Australia's most dangerous animals depicts the Redback Spider and continues with colorized 1 ounce proof silver version. These creatures are found in Australia, and can be identified by the red stripe on their abdomen. The spider's bite is venomous, but most bites occur by accident as the spiders are not known to be aggressive. The Redback Spider builds intricate webs to catch their prey.