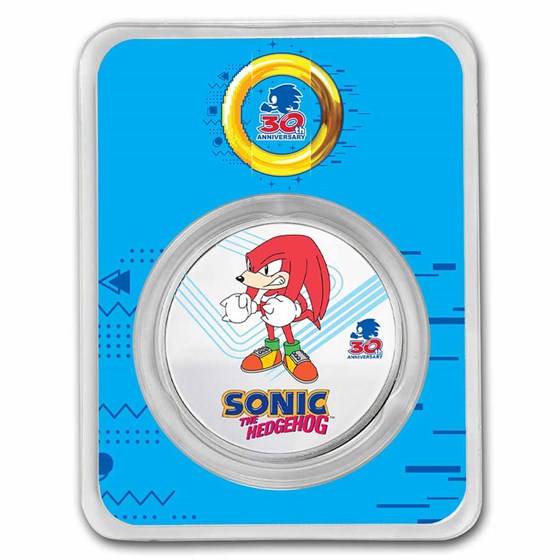 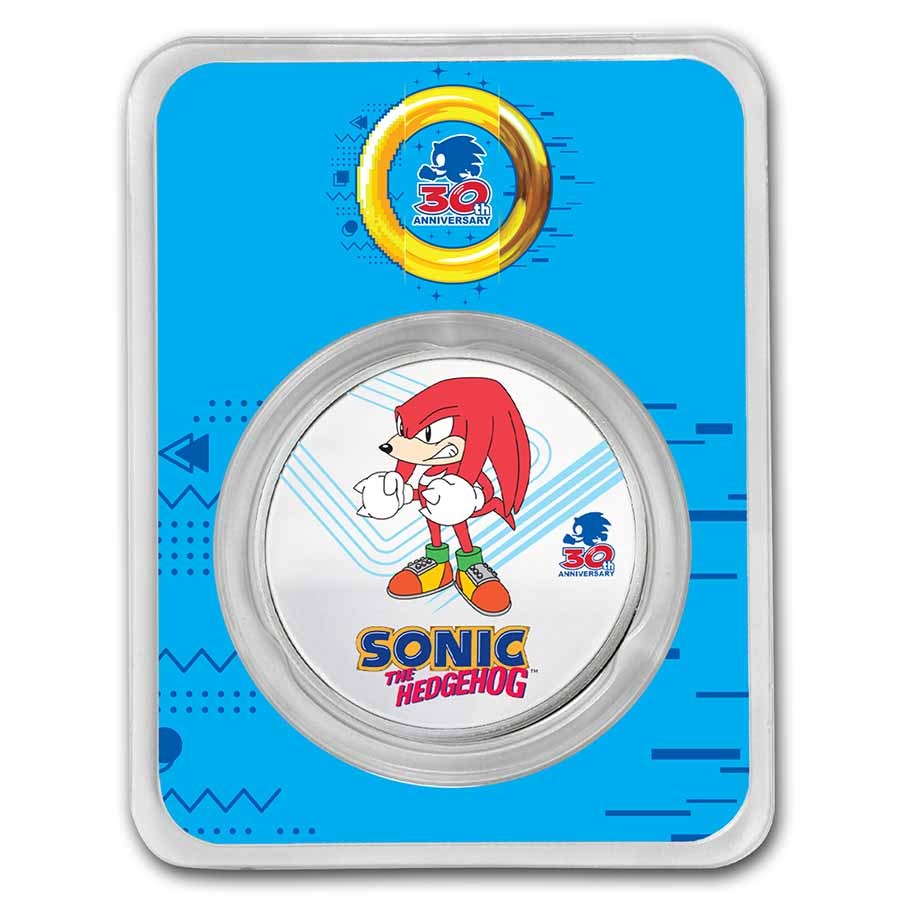 Product Details
Product Details
Celebrating Sonic the Hedgehog's 30th anniversary, this exclusive APMEX Silver coin is in full color on one side and comes in licensed tamper-evident packaging (TEP). There is a mintage of only 3,000 coins.

I decided to purchase several of these coins because they are popular among the younger generation. I do find these awesome and beautiful works of Art!

had to buy the set

sooo awesome. 90s kid of course I needed the set