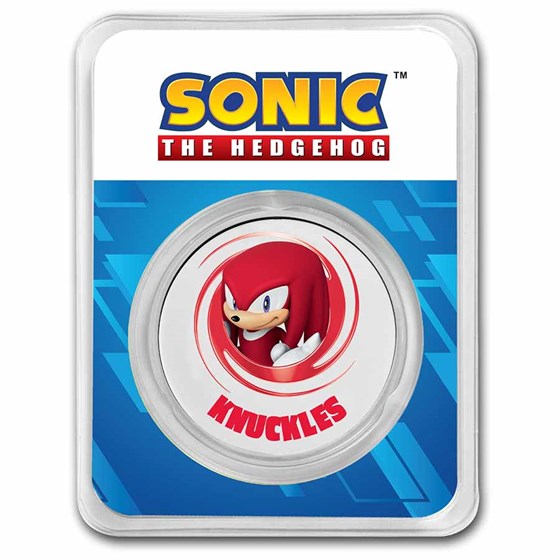 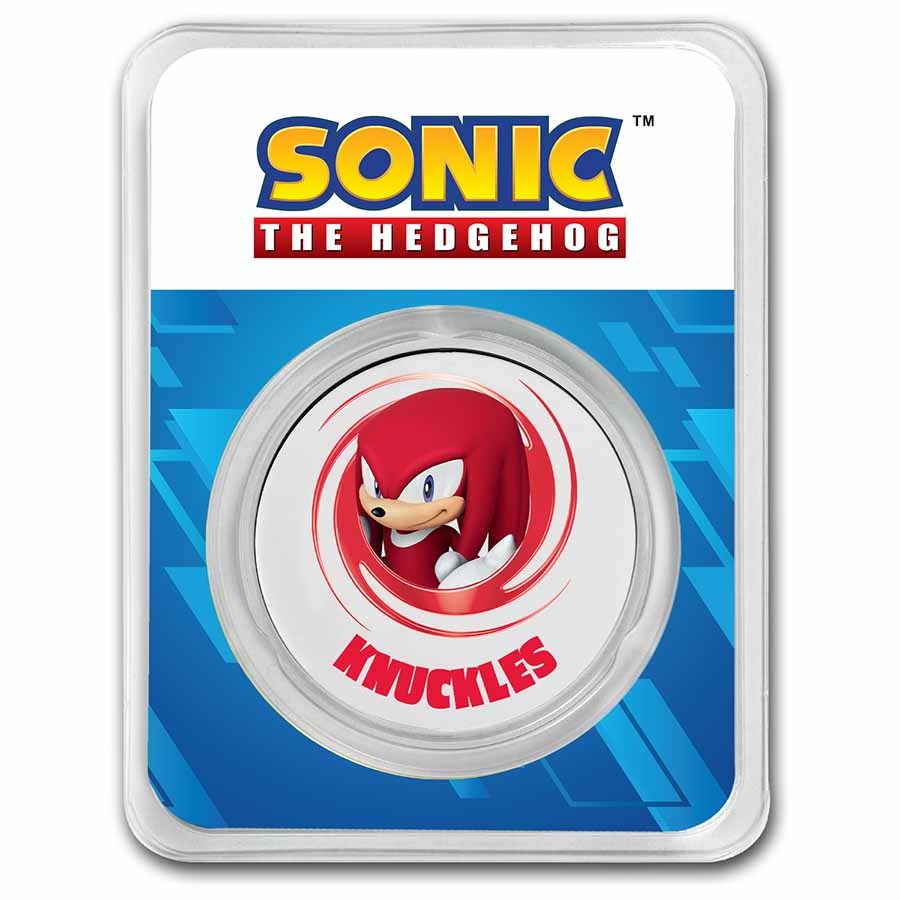 Product Details
Product Details
This exclusive APMEX Silver round is in full color on both sides and comes in licensed tamper-evident packaging (TEP).

Claim one of these highly collectible colorized Silver rounds stamped in .999 fine Silver. These official Sonic rounds make the perfect gift for SEGA fans. Add this Knuckles the Echidna 1 oz Silver colorized round in tamper-evident packaging to your cart today!

Sonic the Hedgehog
SEGA© released the first game featuring the titular character, Sonic the Hedgehog, on June 23, 1991, introducing us to the speedy blue hedgehog who loves adventure and freedom, and never backs down from a challenge. Dr. Eggman debuted alongside Sonic in 1991 as the main antagonist, who dreams of dominating the world and oftentimes traps helpless animals in his robots to use for his nefarious purposes.

In 1998, Sonic the Hedgehog fully made the transition into 3D gameplay with the release of Sonic Adventure on the SEGA Dreamcast. This evolution brought in a whole new era of action, storytelling, and these new designs for Sonic and his friends!