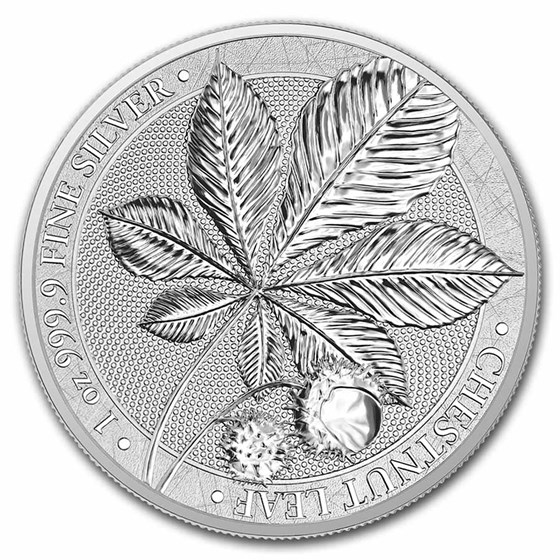 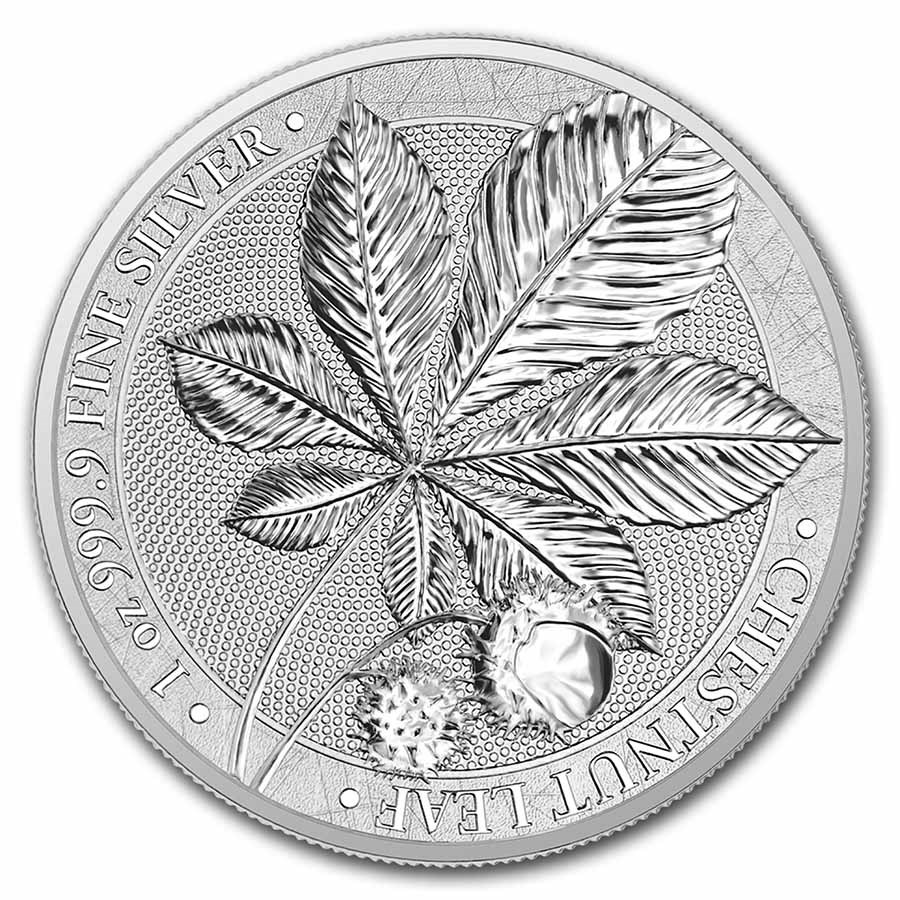 Product Details
Product Details
The 'Mythical Forest' series is the a flagship from the Germania Mint, following the success of the 'Germania' and 'Allegories' bullion series. The second release in the series features the beautiful Chestnut, and is offered in BU and proof finishes.

Germania Mint Chestnut
Following the popular inaugural release in the Mythical Forest series, the Oak Leaf, Germania Mint presents the 2021 Chestnut. APMEX is proud to offer the release in Silver BU and Proof options, with 25,000 and 500-round mintages, respectively.

Various historical important elements are incorporated in the design of the 'Mythical Forest' 1 oz Silver bullion round release.The tree, historically planted across Europe by Roman armies, is surrounded by mythology and legend. The Germanic people celebrated the noble tree for its offerings and their ability to utilize almost every part of it. The tree's fruit symbolizes chastity and it is believed that the chestnuts increase fertility and desire.

The Bicephalous Eagle (two-headed eagle) is a Roman mythology symbol associated with Janus - the god of all origins, guardian of doors, gates, passages and bridges, the patron of contracts and alliances. Heads facing the opposite direction symbolizing the past and the future.