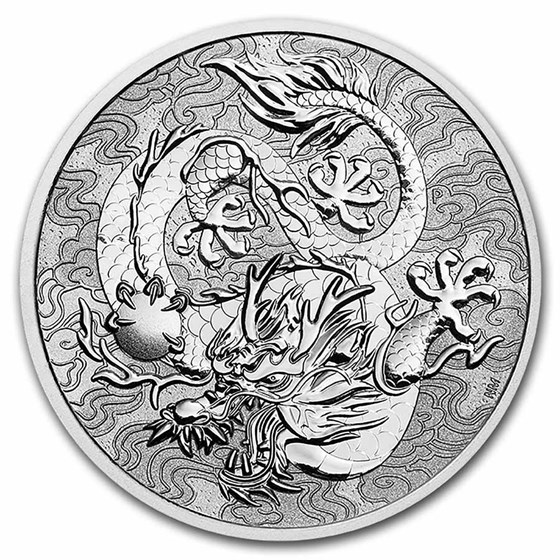 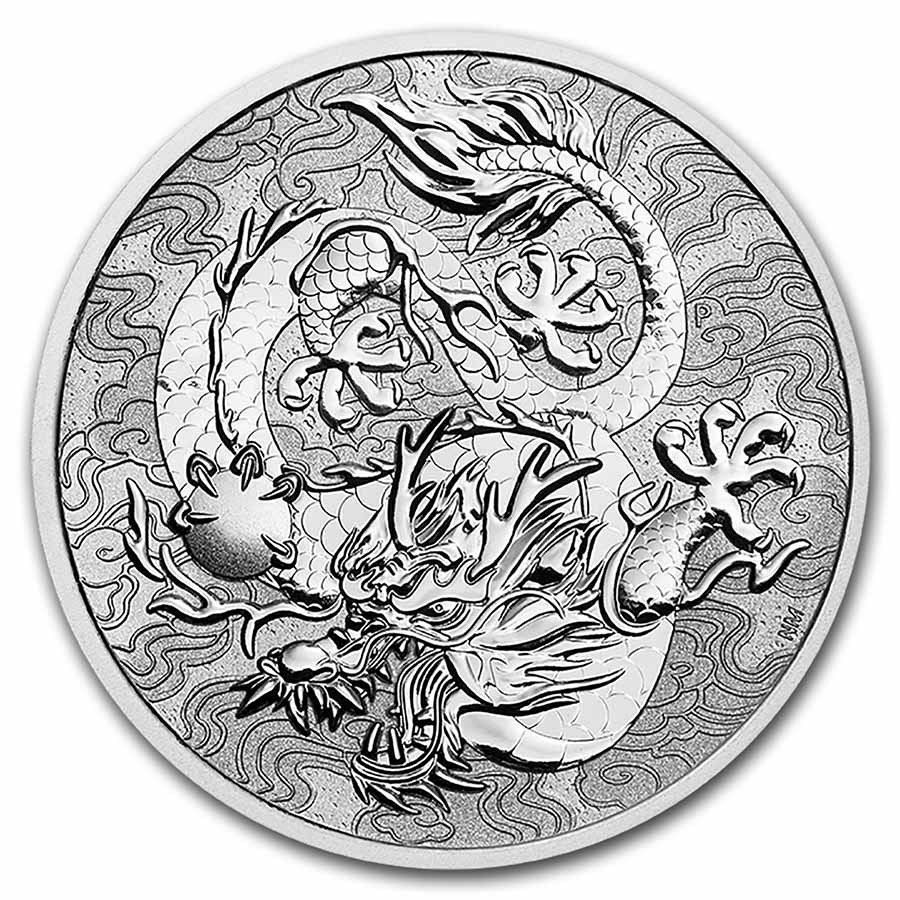 Product Details
Product Details
The Perth Mint presents the 1 oz Silver BU Dragon, from its Chinese Myths and Legends series. The Chinese dragon is regarded as benevolent, noble, and regarded as a symbol for good fortune. There is a limited mintage of 45,000 for this release.

Perth Silver Dragon
This Silver coin from the Perth Mint's Chinese Myths and Legends series features a Chinese dragon, pursuing the flaming pearl in engraved detail. The pearl represents a pearl of infinite wisdom, which the creatures are in search of. The Dragons are a popular symbol in Chinese culture, and can represent great power, luck, and strength. Emperors were said to have descended from dragons. This Silver Dragon coin contains 1 ounce of .9999 fine Silver, packaged in a capsule.

The Perth Mint
Located along the Swan River, The Perth Mint is Australia's oldest operating mint and throughout its rich history, the name has become synonymous with some of the highest standard of bullion & collectible products. Along with the Gold Swan & Silver Swan series, some of The Perth Mint's most well known coin programs include the Gold Kangaroo & Silver Kangaroo, Koala, Gold Lunar & Silver Lunar and the Silver Kookaburra programs along with a wide variety of Specialty Bullion releases.
In Chinese culture, the dragon is revered as a divine mythical creature embodying power, wealth and good fortune. Dragons are frequently depicted in pursuit of the pearl, a metaphor for wisdom and enlightenment, which is often represented swirling through mist, smoke and shadows.

what needs to be said besides dragons!!!

Amazing looking coin. Way better than the bar. I did get 20 thinking it would be a wrapped roll. Nope. 20 individual bagged capsules haha.

A MUST for dragon collectors!

This coin is a Masterpiece of engraving. exquisite detail. I feel this is better than the square coin. The boys from down under have done it again.