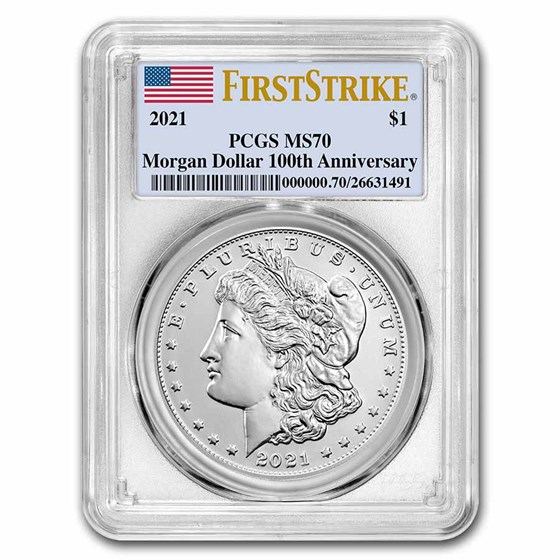 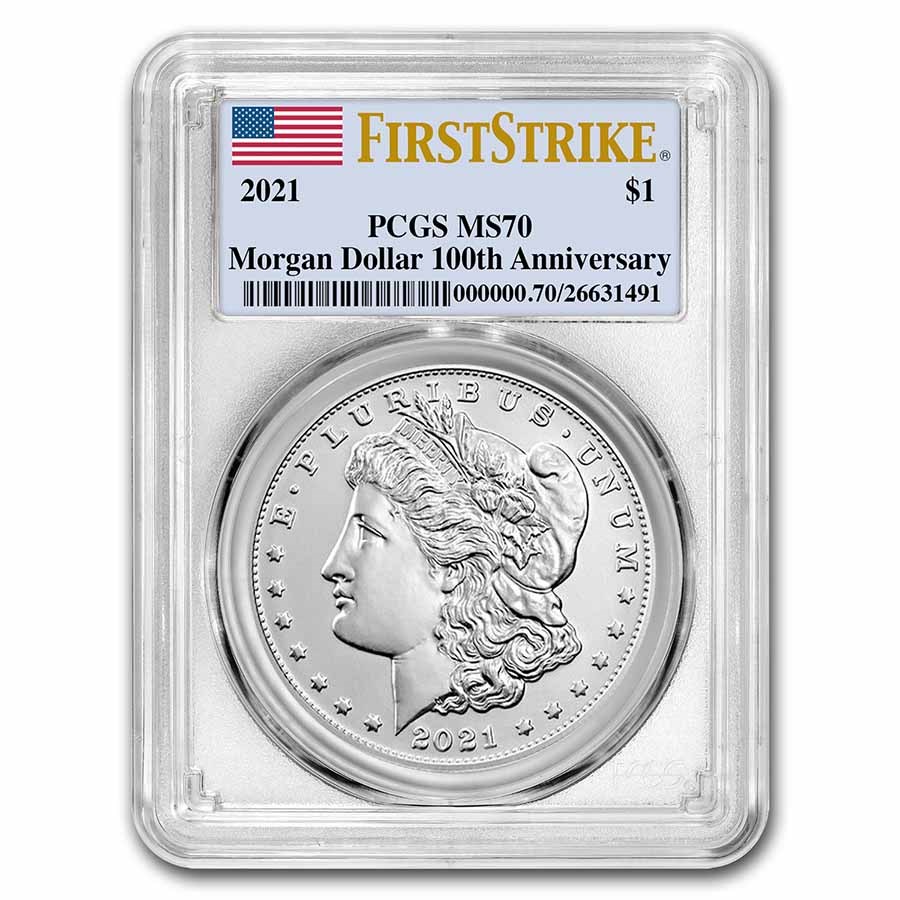 Product Details
Product Details
In honor of the 100th anniversary of the final Morgan Dollar, the U.S. Mint has produced a very limited quantity of 2021-dated Morgan Dollars. This coin, minted in Philadelphia, has been graded a perfect MS-70 by PCGS.

Love to find this one

Thrilled to get this 2021 P Morgan First strike