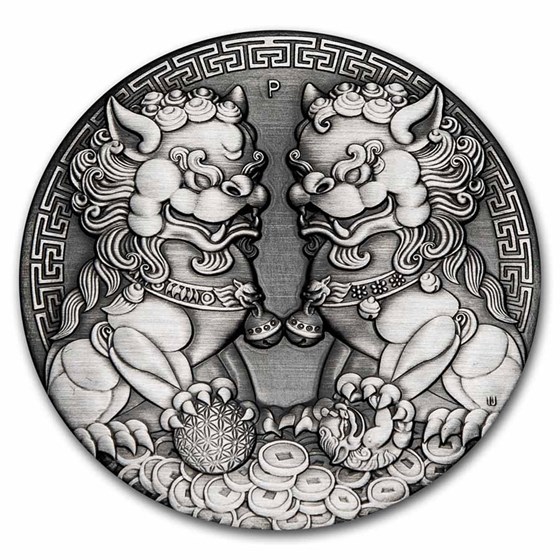 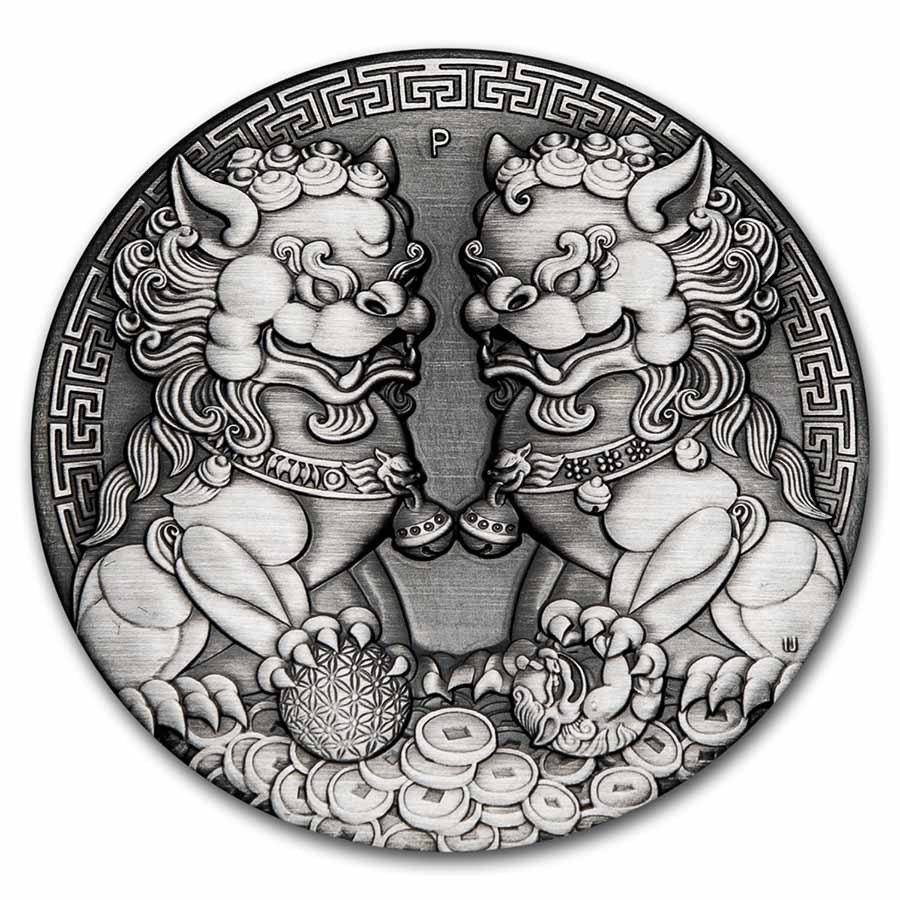 $699.99
Any Quantity
Product Details
Product Details
The Perth Mint has released a high relief Antiqued coin featuring the double pixiu, an ancient Chinese symbol of fortune, happiness and wealth. There is an extremely limited mintage of 888 coins produced.

Perth Guardian Lions (Double Pixiu)
The Perth Mint has released a coin series featuring Chinese Myths and Legends. The Double Pixiu coin in the series features two Guardian Lions, also known as the Double Pixiu, in an Antiqued Silver finish. The Pixiu is a mythological creature resembling a winged lion, featuring the head of a dragon and the body of a lion. The Double Pixiu is said to crave Gold, Silver, and jewels, attracting wealth, and statues are frequently used in feng-shui. Traditionally, the Pixiu is displayed in pairs, and is a symbol found in ancient Chinese art and architecture. When displayed in pairs, the Pixiu symbolizes both the male in the species, which is said to guard wealth, and female, which is thought to ward off evil. This Silver Double Pixiu coin contains 2 ounces of .9999 fine Silver, with an Antiqued finish. Struck by The Perth Mint from 2 oz of .9999 fine Silver, the coin is issued as legal tender under the Australian Currency Act of 1965.