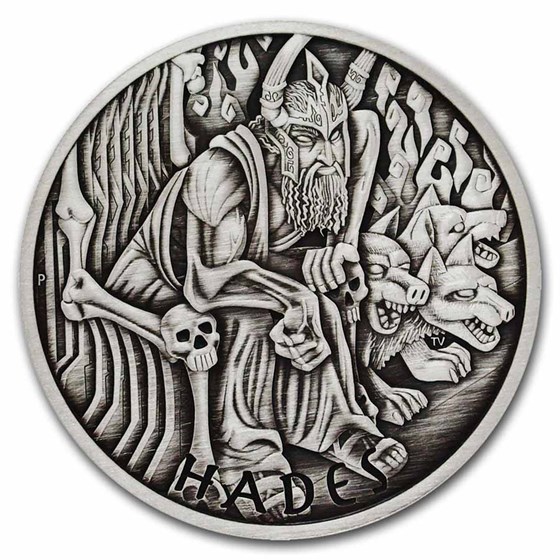 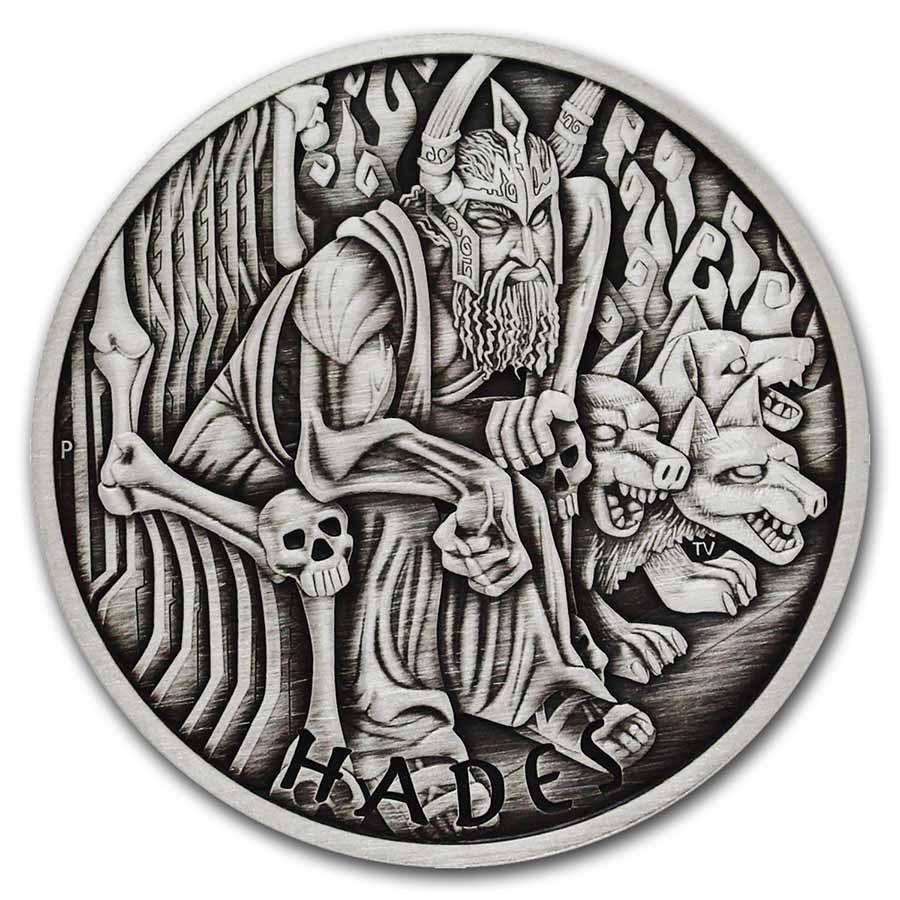 Your purchase is guaranteed to match the quality of the product shown. It will not be this exact item.
Product Details
Product Details
In 2014, The Perth Mint released its first ever antiqued coins in the Gods of Olympus series. The coins were immediate sell-outs! Now, the iconic Hades design is back in a BU and antiqued finish from The Perth Mint.

The Perth Mint will release no more than 50 of the 5 oz Silver Gods of Olympus Hades Antiqued coins. Add this coin to your cart today!

Gods Of Olympus Hades
Perth Mint's Gods of Olympus series continues with Hades, the Greek god of the underworld. This release follows the prior releases of Zeus, the Greek god of the sky, and Poseidon, the Greek god of the sea. Hades means "The Unseen One", as he is typically in the underworld as ruler of the dead. Hades is frequently depicted with his helmet, and his three-headed dog Cerberus is typically beside him. Hades is depicted with his invisibility helmet and three-headed dog on this Silver coin by The Perth Mint, struck in 5 ounces of .9999 fine Silver in an Antiqued finish.