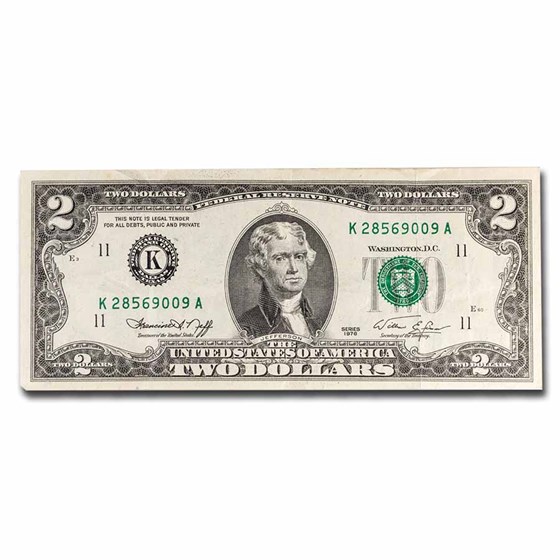 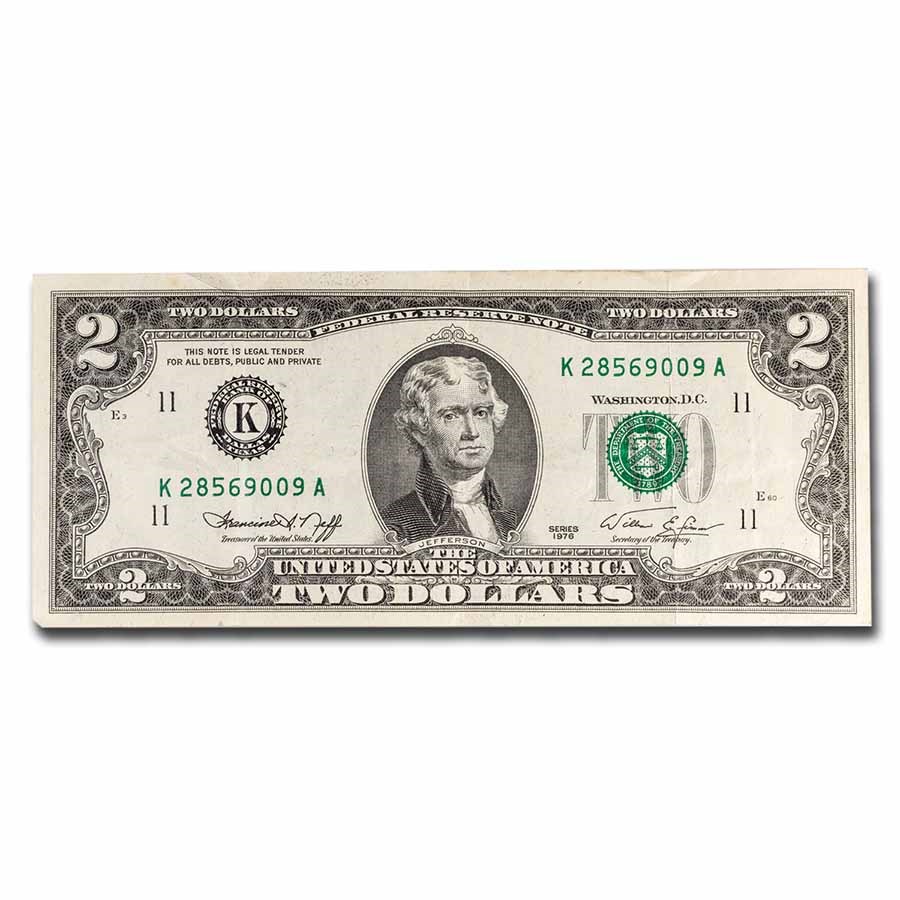 To avoid damage from the oils in your skin, add these white cotton gloves to your order.

Add some of these great conversation pieces to your cart today!

The deuce was revived in 1976 as a Federal Reserve Note and issued on April 13, 1976—Thomas Jefferson's 200th birthday. This was part of the American Bicentennial celebration. Although they were issued in large numbers, they never really circulated, and they became nice collector's items as mementos of that great national celebration. These notes are nice pieces of history that can easily be added to any currency collection.

Series 1976 $2 FRNs were printed in fairly large numbers, but the Dallas district can be elusive in CU condition.