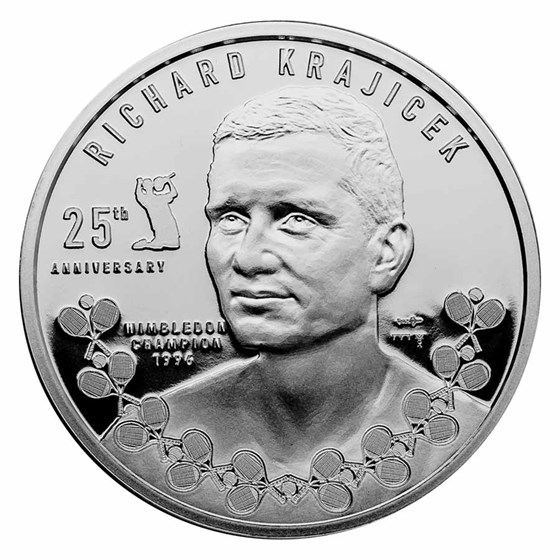 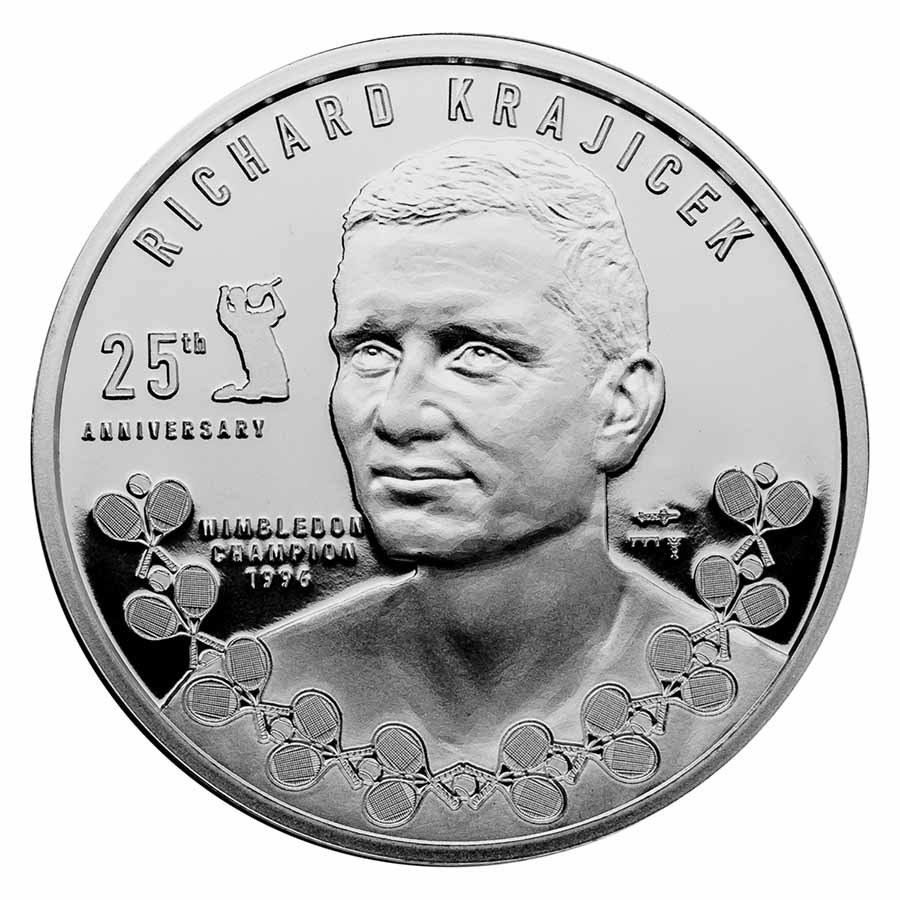 Product Details
Product Details
On July 7, 2021 it will be exactly 25 years since Richard Krajicek's victory at Wimbledon, the oldest and most prestigious tennis tournament in the world.

He was the very first (and is still the only) Dutchman ever to win the grand slam tournament, quite an achievement! After his victory at Wimbledon, Krajicek founded the Krajicek Foundation to promote sports and games among youth in deprived urban areas. The Royal Dutch Mint is launching three issues to reflect on the impact of Richard Krajicek on the Dutch sports landscape.