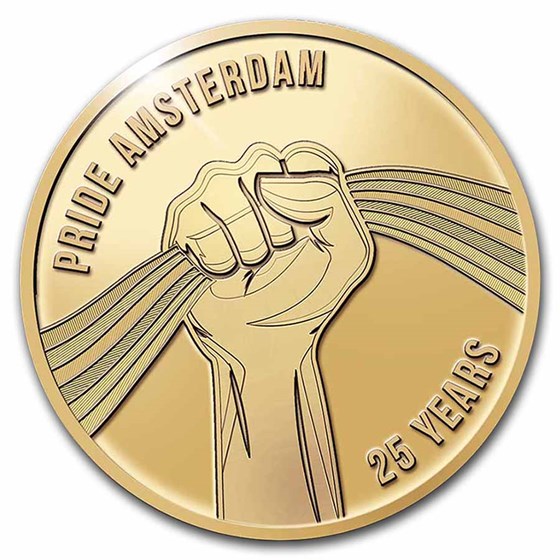 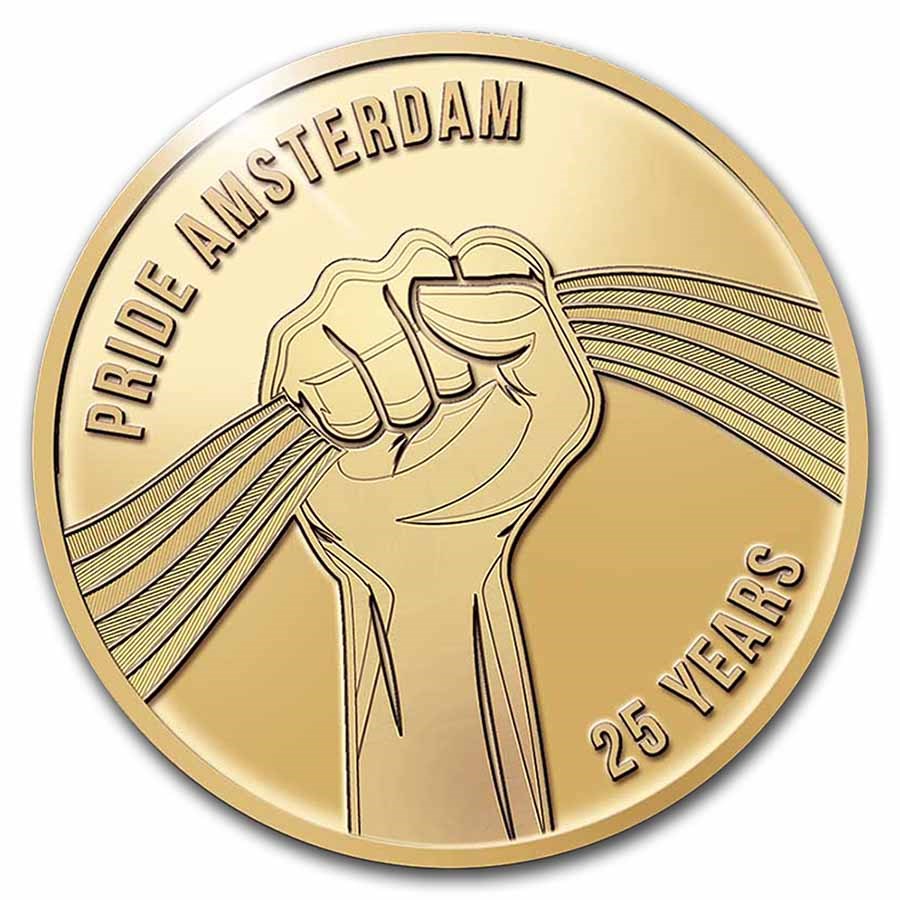 Your purchase is guaranteed to match the quality of the product shown. It will not be this exact item.
Product Details
Product Details
Pride Amsterdam celebrates their 25th anniversary! The Royal Dutch Mint proudly launches an exclusive Gold issue in honor of the anniversary.

Coin Highlights:
Protect your 2021 Gold 25 Years of Pride coin in storage from the adverse effects of moisture in the air by adding these silica gel packets to your order

The Netherlands has a rich history when it comes to acceptance and tolerance of the LGBTIQ+ community. For example, we were the first country to open civil marriage to same-sex couples (since 2001) and where Pride is on an Inventory Intangible Cultural Heritage (since 2019). Pride Amsterdam is organized annually to celebrate freedom and diversity and at the same time draw attention to those who cannot yet enjoy that freedom in the Netherlands (think of bicultural and transgender people). Moreover, the festival considers the situation in countries where homosexuality is still punishable by law. The festival strives for an inclusive society in which sex, gender or orientation are irrelevant. Be who you are, love who you want!