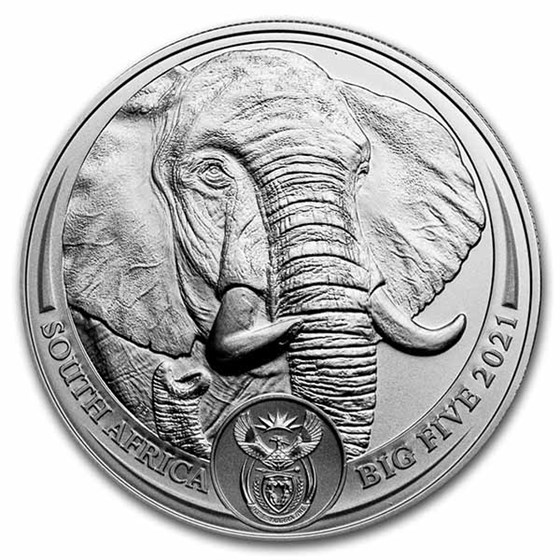 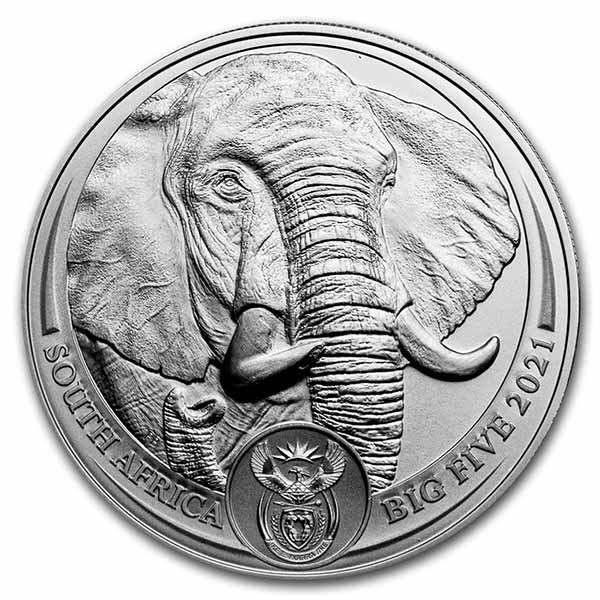 When two coins are placed side by side the full image of the elephant is depicted. Add this 2021 South Africa 1 oz Silver Big Five Elephant coin to your cart today!