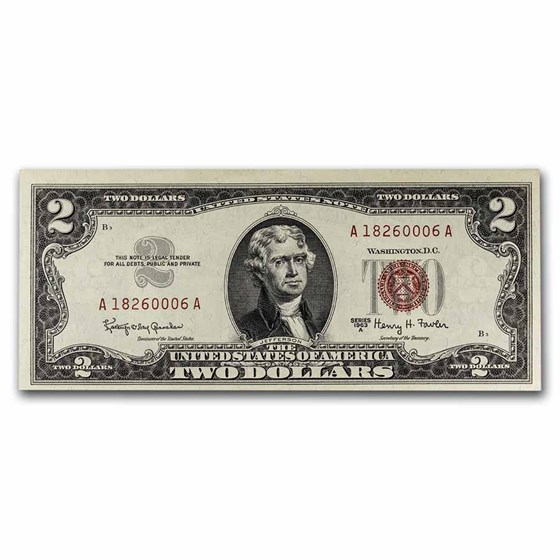 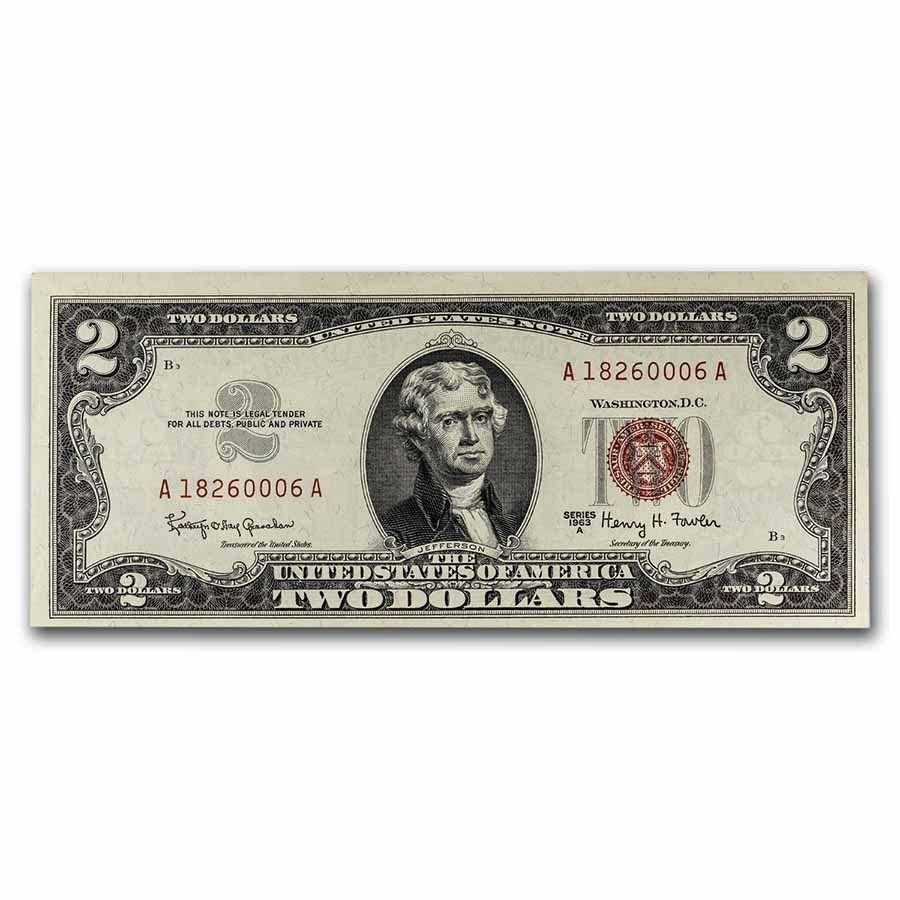 These beautiful United States Notes were one of the first types of currency issued by the federal government. This type, a.k.a. Legal Tender Notes, were first issued in 1862 to help pay for the Civil War.

Currency Highlights:
To avoid damage from the oils in your skin, add these cotton gloves to your order.

United States Notes were adopted for circulation during the Civil War in 1862 in denominations from $1 through $1,000. The $2 denomination remained when we switched over to small size notes in 1928 and continued until the early 1960s when the denomination was discontinued. The deuce was revived in 1976 as a Federal Reserve Note.

Although they are still legal tender, their red seals and serial numbers make them great collector's items. The front of these $2 bills features President Thomas Jefferson, as well as the third and final version of the obligation. This note is legal tender for all debts, public and private.

Series 1963-A $2 United States Notes were printed in fairly small numbers by today's standards, and saw heavy usage until the type was discontinued in the 1960s. These Almost Uncirculated $2 Red Seals are popular with collectors.