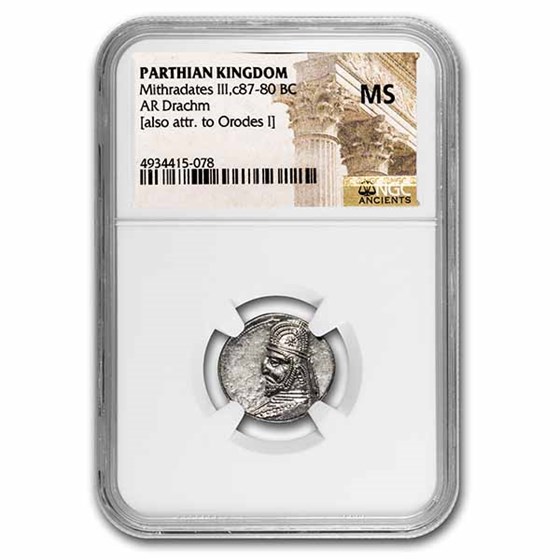 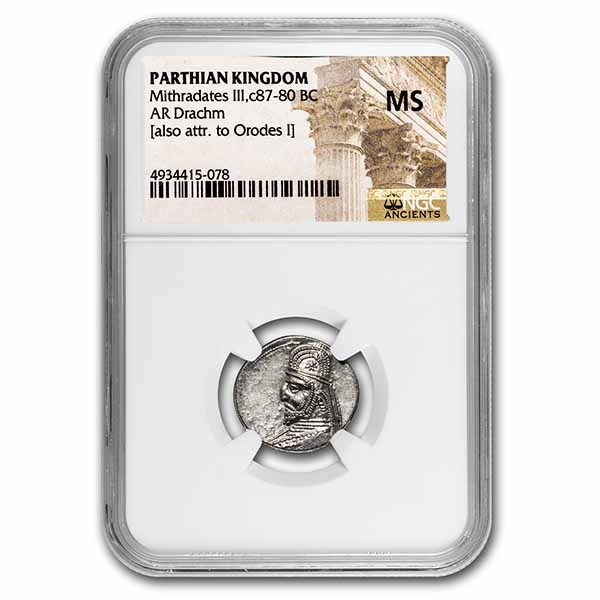 Your purchase will match the quality of the product shown.
Product Details
Product Details
The Parthian Empire and the Roman Republic would face many border conflicts as the Republic expanded and for nearly 600 years this empire and the eastern Romans would be in nearly constant struggle for control of central Asia.


Protect and display your Silver Drachm in style by adding an attractive display or gift box to your order.

Add this rare piece of history to your cart today!