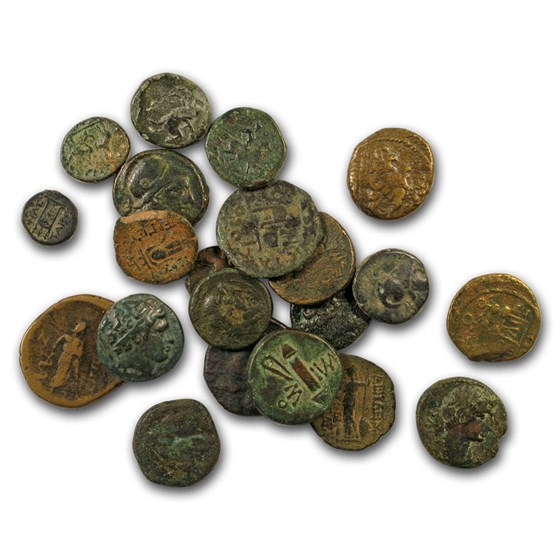 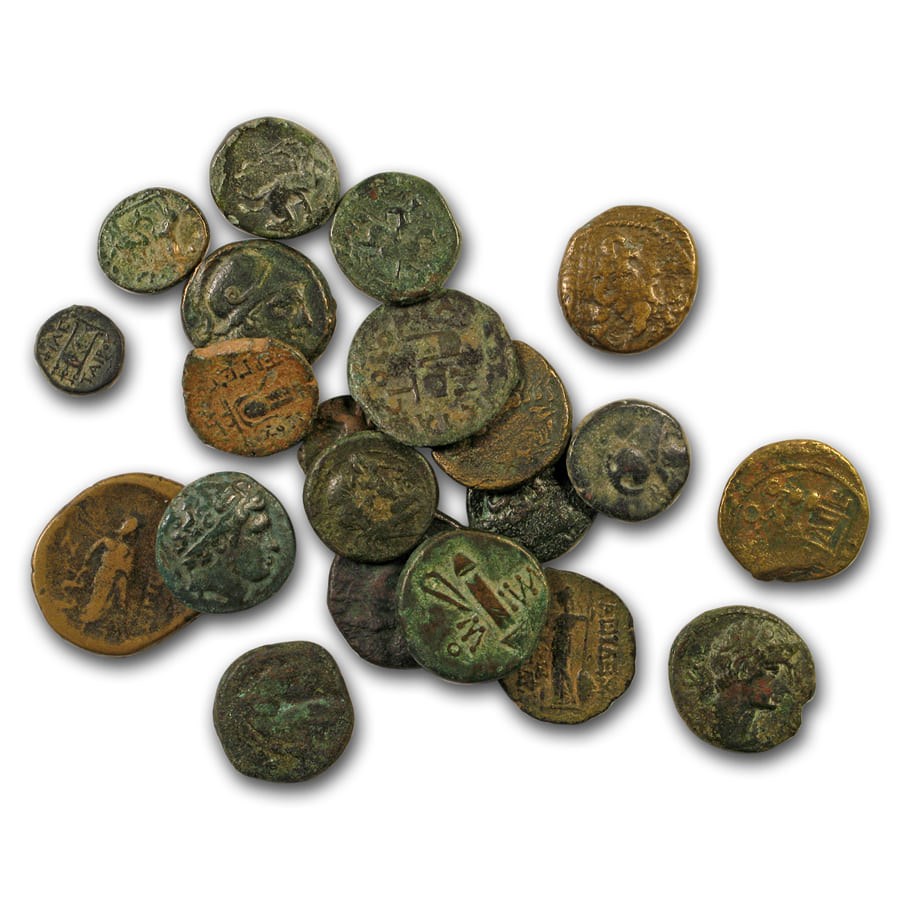 Your purchase will match the quality of the product shown.
Product Details
Product Details
These Bronze coins were minted by the further extent of the Empire of Alexander the Great. This Kingdom would have contact with both the Ancient Indians and Chinese and would greatly influence the culture of Ancient India.


Protect and display your Ancient Greek coin in style by adding an attractive display or gift box to your order.

Add this Ancient Greek coin to your cart today!