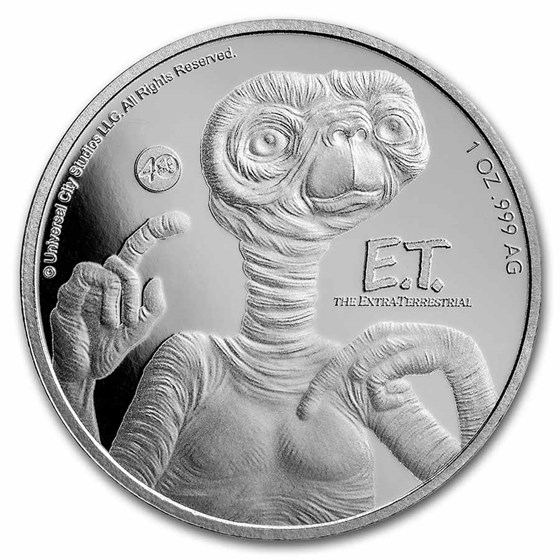 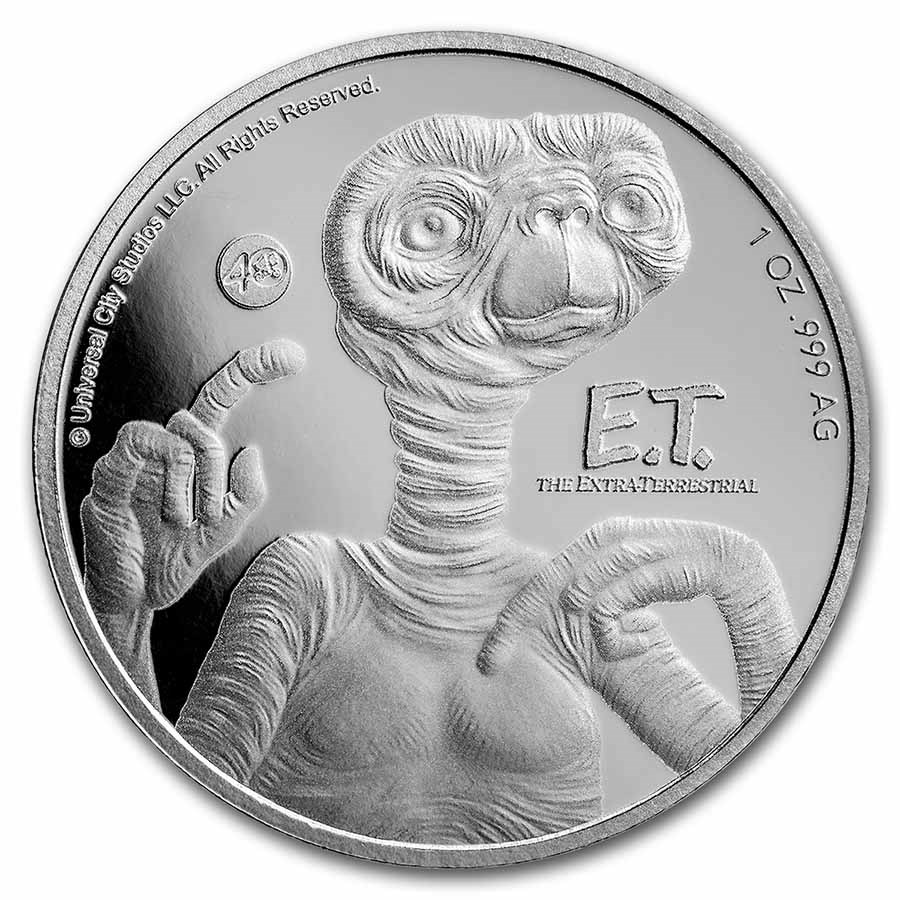 Product Details
Product Details
As low as $6.99 per coin over spot
He's just a lost space alien trying to find his way home. Commemorate a classic 1980s film as E.T. The Extra-Terrestrial turns 40 years old in 2022. With a limited mintage of only 25,000 Silver coins, these are an excellent addition to any collection!

Beautiful coin brings back memories of the jump*

. A MUST for fans of this Movie/s

A wonderful coin. the minting from Niue again does not disappoint. ET almost comes alive in one of many classic moments from a memorable film. However, the obverse side has the most memorable moment of Eliot riding a bicycle with the fugitive ET flying with the moon wonderfully minted in the background is remarkable. If you are an ET fan or know of someone who is this is a MUST for their collection. "I'm right here."

I bought some and loved them so much that I ordered more.

amazing coin.. I love the detail!! Glad to have it in my collection.

I couldn't be happier with this coin. It looks awesome! A must have for any collector or fan of the movie.