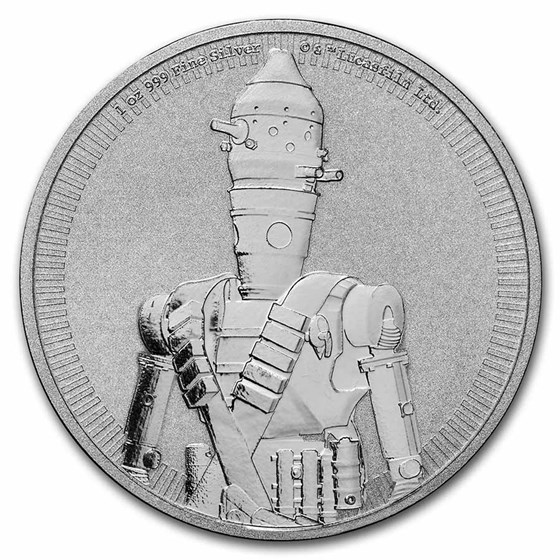 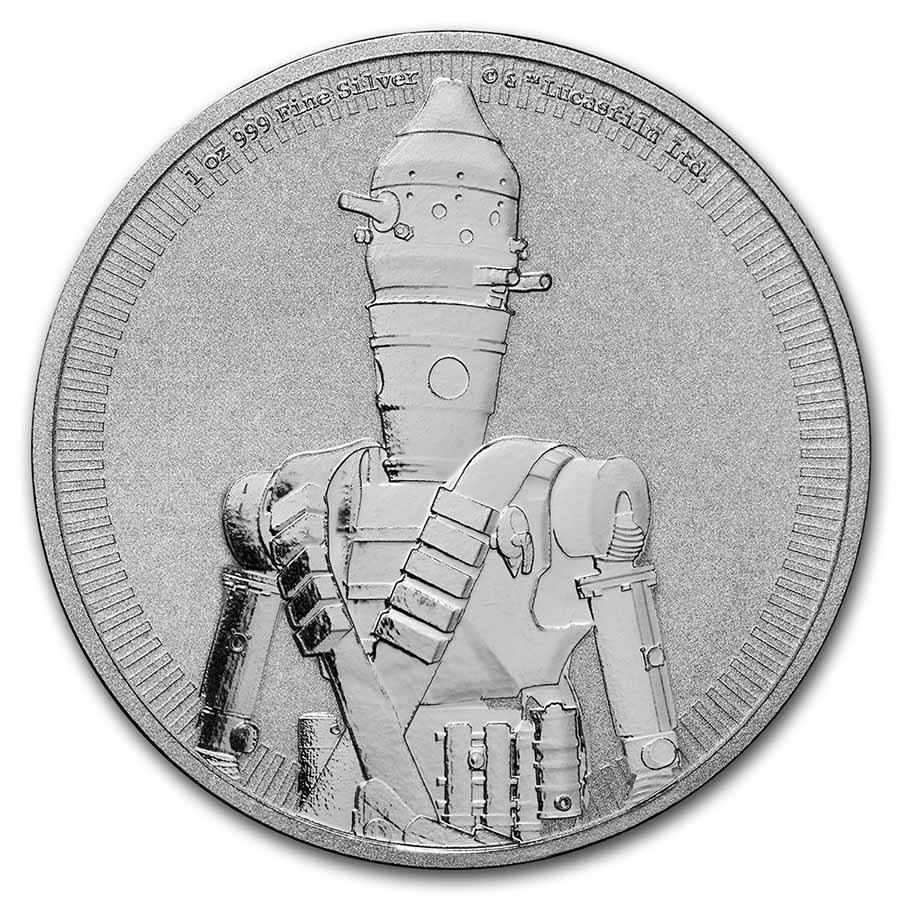 Product Details
Product Details
As low as $5.49 per coin over spot
This is the third release in the APMEXclusive® Star Wars Mandalorian series featuring the IG-11 assassin droid from the hit show on Disney+. Grow your Precious Metals investment in highly collectible Star Wars Silver bullion!

Be sure to grab this highly collectible coin stamped in .999 fine Silver. These official Star Wars: IG-11 coins make the perfect gift for Star Wars fans, numismatists and investors alike.

Explore the Galaxy Far, Far Away
In 1977, pop culture changed forever with the introduction of George Lucas' famed series, Star Wars. The worldwide phenomenon expanded to many films, comic books, television series, video games and theme park attractions. Star Wars is currently (as of 2021) the fifth-highest-grossing media franchise of all time. Star Wars has made its way into all mediums of pop culture with a memorable storyline and beloved characters like R2-D2, Darth Vader, Yoda and many more. The force is strong with these Star Wars coins at APMEX.

Iconic Mandalorian character. Beautiful design. A mus have to complete the series.

I decided to add a rare designed "star wars" themed coin set to my collection and I'm happy that I did! the design is really beautiful and unique and the value goes beyond the weight of the metal in that added value is within the memorabilia of the movie. I'm not a collector of star wars perse but I am a fan and I know many people will value that coin and if not, well it's silver! only 25k will by minted so I captured a few for the collection and I'll hold them long term as I always do. I cannot say enough about APMEX! they have such a tremendous selection and the ordering process, from purchase, shipping and that knock on the door from the post man are all verified via email and text! choose APMEX for your tangible investments!