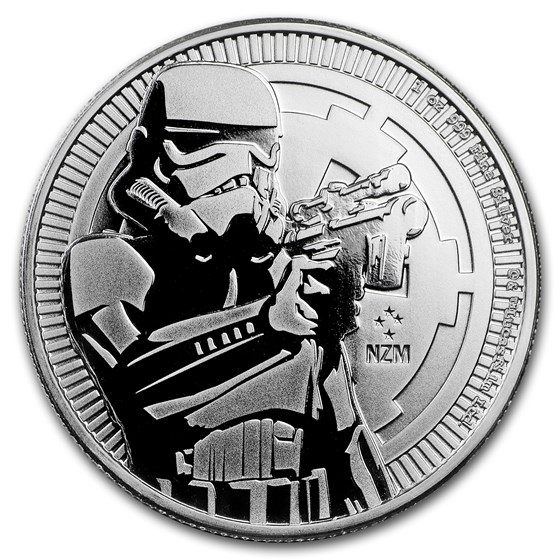 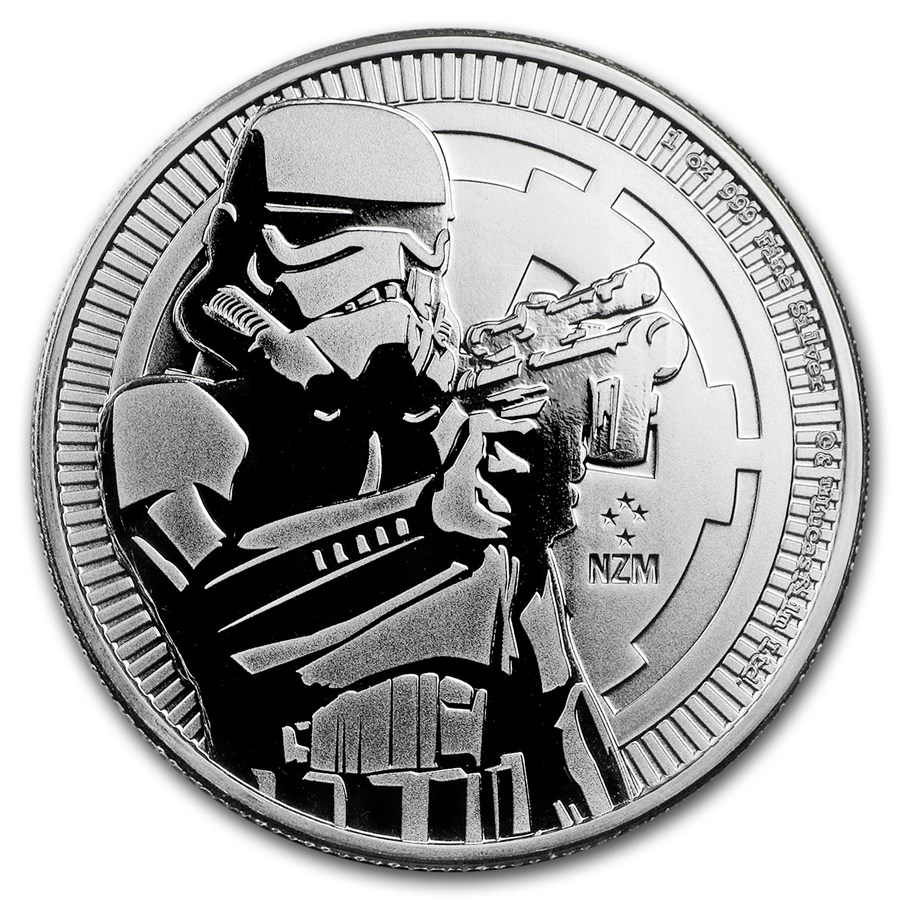 Your purchase is guaranteed to match the quality of the product shown. It will not be this exact item.
Product Details
Product Details
The next in the STAR WARS bullion series by the New Zealand Mint features an armed Stormtrooper, ready for battle!

Coin Highlights:
Be sure to grab this highly collectible coin immortalized in .999 fine Silver. Star Wars mint coins are a great gift for a young numismatist or Star Wars fan of any age. Add this 1 oz Star Wars Stormtrooper coin to your cart today! And may the Force be with you!

Stormtrooper Background:
First introduced in the original Star Wars film (1977), the stormtrooper is a fictional soldier of the Galactic Empire, led by Emperor Palpatine, and Darth Vader and Grand Moff Tarkin, his commanders. The stormtroopers are able to be ready for battle quickly, and act as an army of the Empire, by policing areas and responding to civil unrest. The stormtrooper is distinctly characterized by its white armor, which encapsulates the body to protect them in battle. In The Force Awakens (2015), the stormtroopers are upgraded and serve the First Order, led by Supreme Leader Snoke, along with Kylo Ren, General Hux, and Captain Phasma, his new commanders.

Very nice and matches the Darth Vader round I got my son for Christmas. He will be very pleased!! thank you!

Coin looks great and was shipped in the regular stuff plastic sleeve this time. Shipping was delayed after check cleared for some reason. I had to call and the order was mailed the next day. Coin is 5 stars, shipping is 3 stars so I am giving this review a 4.

Merchant response: Please note that all check payments have a five day holding period before the order is shipped.

These Stormtrooper Coins showcase an excellent design done right. The polished finish is in all the right areas to give the piece an overall great look. I ordered 5 pieces and they all arrived in great condition. I'd recommend these coins for their quality, limited mintage, cool design, and overall value.