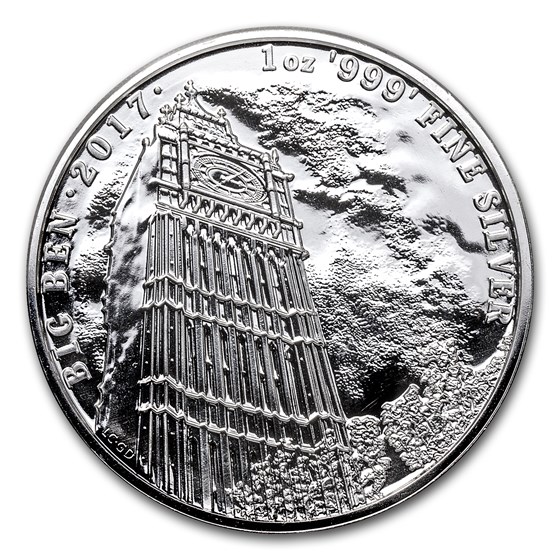 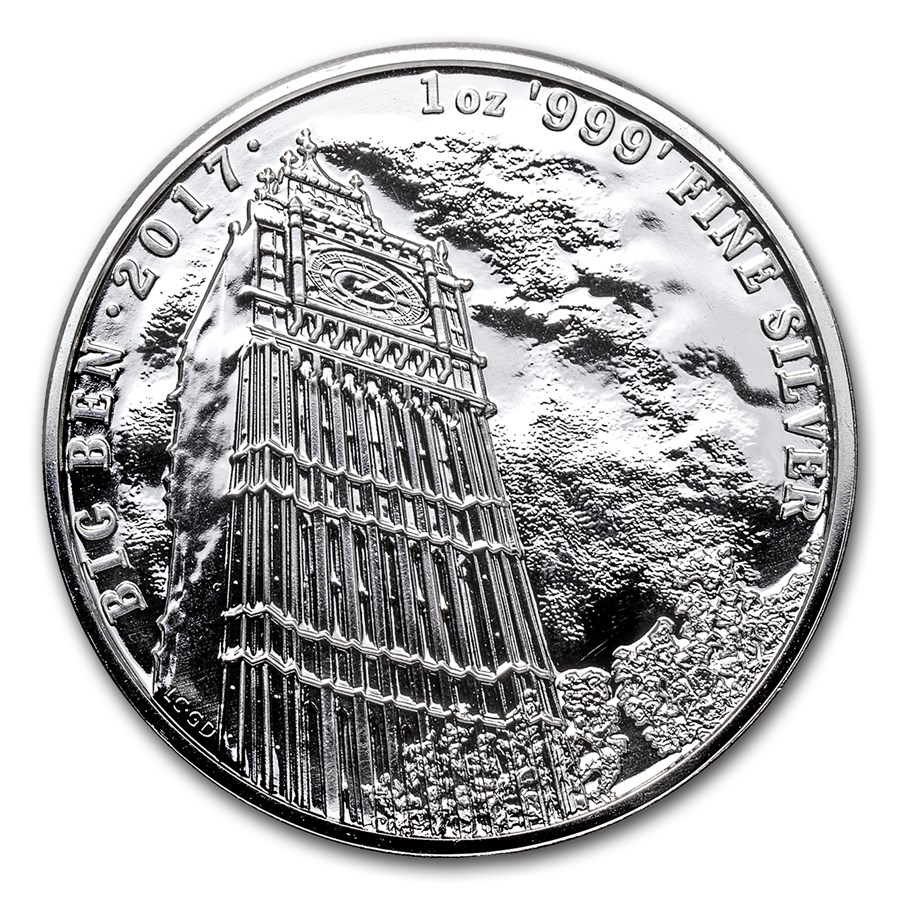 Product Details
Product Details
The debut of a new series from The Royal Mint, this North American APMEXclusive® coin features the iconic Big Ben in London!

The limited mintage series, Landmarks of Britain, will feature four coins with contemporary designs depicting major locations within the United Kingdom. A limited mintage of 50,000 is uncommon for bullion from The Royal Mint and is sure to be a collector's essential!

Coin Highlights:
Display your Silver Landmarks of Britain Big Ben coin in style by adding an attractive presentation box to your order.

This limited mintage 2017 Big Ben coin is an ideal addition to any bullion collection. Add this 2017 1 oz Silver Landmarks of Britain Big Ben coin to your cart today!

With contemporary designs celebrating the major locations of the UK, The Landmarks of Britain series brings to life the iconic architecture and features that have shaped the nation. This is the first bullion offering in the series which couples designs from talented Royal Mint coins designers on both the coin reverse and obverse.

Big Ben
The Elizabeth Tower that dominates the skyline at the northern end of the Houses of Parliament is one of London's most iconic landmarks. But while the tourists who flock to photograph it each day might refer to the clock as 'Big Ben', it is actually the great bell inside that bears the famous nickname, possibly used in honor of Sir Benjamin Hall, First Commissioner for Works 1855-1858. The original bell was cast in 1856 but quickly cracked. It was recast in 1858, but was to suffer the same fate. Finally a lighter hammer was used to strike a different section of the still damaged bell, giving us the distinctive sound, a musical note E, we know today. It is a sound that has become an unmistakable thread in the very fabric of British life.

Landmarks of Britain
The Landmarks of Britain series by The Royal Mint features four iconic landmarks in the United Kingdom, in 1 ounce of .999 fine Silver. Each coin also has a limited mintage, adding to the series' collectibility. The coin designs have a contemporary interpretation of these iconic buildings and landmarks. The first in the series features Big Ben, the nickname for the great bell that is housed inside Elizabeth Tower. The second features Tower Bridge, and third release features Trafalgar Square. The fourth and final release celebrates Buckingham Palace.
The 2017 Great Britain Big Ben coin is the first coin of the 4-coin series of famous landmarks from The Royal Mint.

this coin is so perfect it's hard to believe , it looks like a proof coin , Im very satisfied thank you Ampex.

Great design, looking forward to the next coin in the series! Only thing I would have changed about the coin is to make it more legible. Once in your hand its kind of hard to tell what it actually is if you did not know.

cool coin I like it bought more than one

This is an awesome coin, and the first of a series, I found out the hard way, about delaying, if you wait it may be gone!! It happened with the Australian Silver Swan 1 Oz. coin!

One of Britain's greatest landmarks, very fine detail on coin.

It is not the most attractive design, but the 50,000 mintage and first of 4 coin series makes this a good addition to a collection.

Love coins from all over the world. Can't wait for the next in the series.