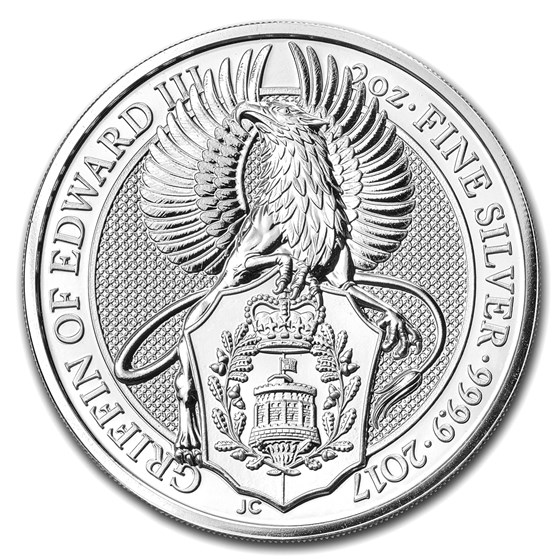 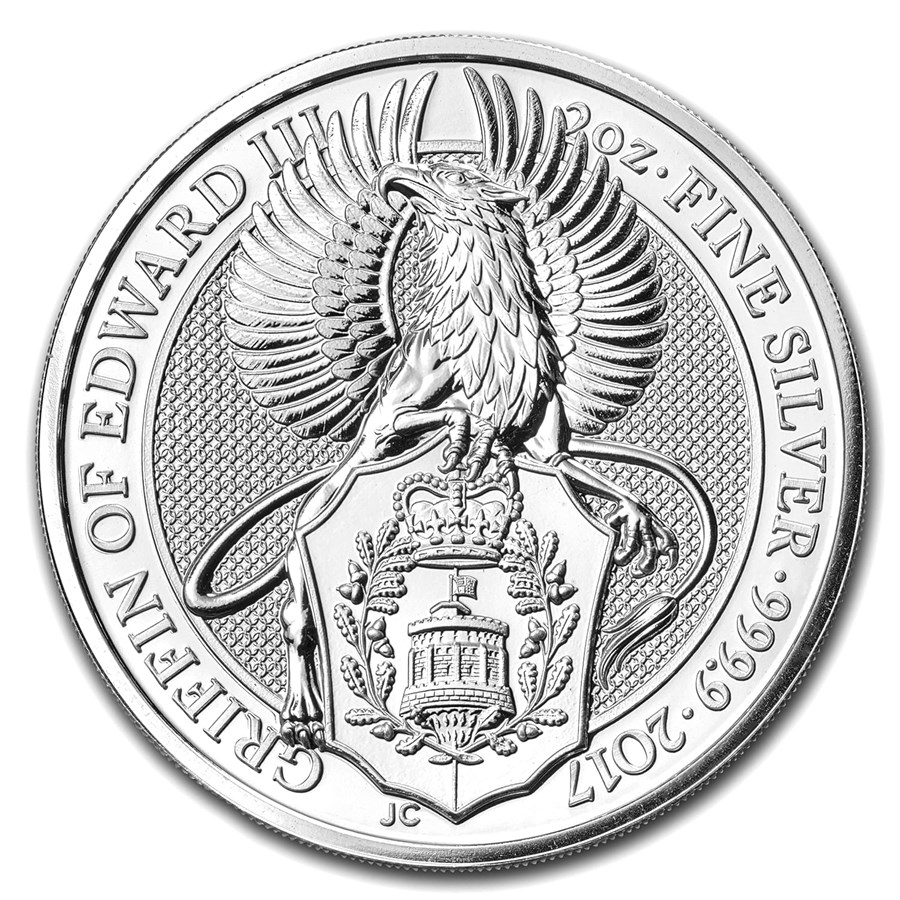 Product Details
Product Details
The second release in a 10 coin series from The Royal Mint that features the heraldic, majestic beasts that stood guard at Queen Elizabeth II's coronation.


The 2017 Queen's Beasts Silver coin is the second 2 oz Silver British Bullion coin from the Royal Mint. Add the second coin of this exciting 10 coin series to your cart today!

The Royal British Mint produces some of the world's most popular Silver coins. The Silver Queen's Beast coins are no exception. From the unique size to the Metal content in each coin, the British Mint created and produced another fine coin. These coins make a good addition to any collection because of its value and the history and symbolism it presents. There is a lasting legacy in terms of what the Silver coin represents.

What attracted me to this coin was the design . I'm glad I took advantage of this when it made it's first appearance on the APMEX website . . . As always APMEX is a dependable safe haven when buying silver .

Get Them While You Can

I've recently become aware of the Queens Beasts series collection. I liked the shiney polished mirror like accents on the silver Brittanias. I searched APMEX and saw the 9999 silver Queens Beasts. Love at first sight! This coin is beautiful and one of my favorites. I've bought all 7 five oz. coins currently available. I can't wait to get the last 3 in the series. APMEX is my go to dealer!!!

I absolutely love these two ounce coins. Come well protected in a firm plastic film. Coin was in perfect condition and it's beautiful. Another must have five star. Thanks apmex

2 oz coin with a Beautiful Design.

As usual another great product. Beautiful coin. Received ahead of estimated delivery data. APMEX has never disappointed. APMEX is my go-to provider of precious metals.