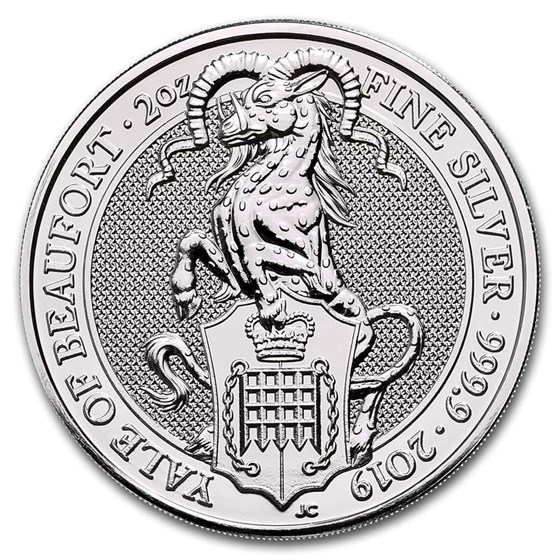 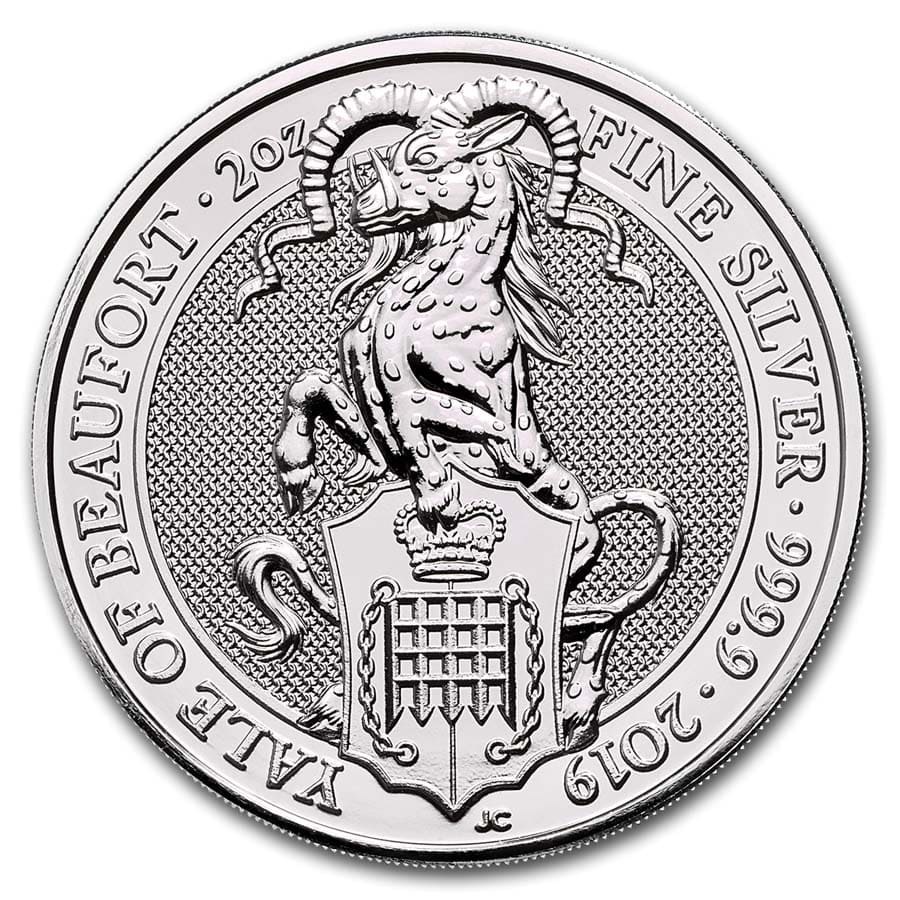 Product Details
Product Details
The seventh release of the Queen's Beast series features the Yale of Beaufort, commemorated in 2 ounces of .9999 fine Silver


The 2019 Queen's Beasts Silver Yale coin is the seventh 2 oz Silver British Bullion coin from the Royal Mint. Add the seventh coin of this popular 10-coin series to your cart today!

The beasts are great

Great as all the rest. Their value go's up

Amazing coin, thick and bright with detail very good price for such a great piece, my favorite

The most beautiful coin/round I have ever seen, very thick and bright with great detail. Very impressive to show and look at. Stack very well and made by a very well known mint. The best part is that they are so much more impressive that American Eagles and yet the price is better. Without a doubt my new favorite to buy and will be buying many more. I truly can not find one negative thing about these coins.

The Yale is different and very nice. I have 3 more to collect!

Bought this as a promotional deal to enter the drawing for a gold coin. Was purchased at a fair price and arrived in excellent condition. I also purchased the recommended Air-Tite 38mm holder and it fits perfectly. I liked the quality and design so much that I will likely purchase the other coins in the series.