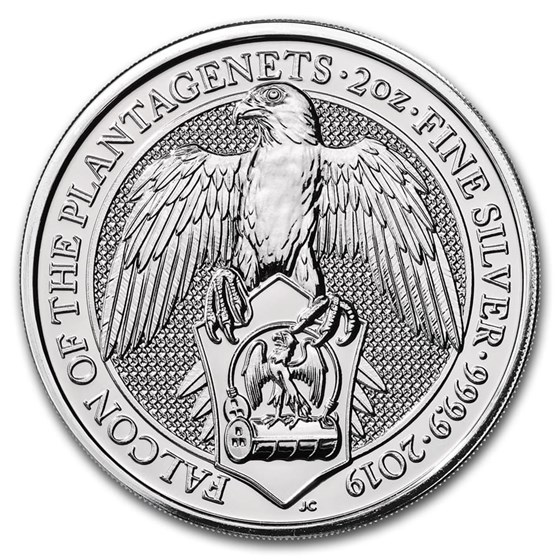 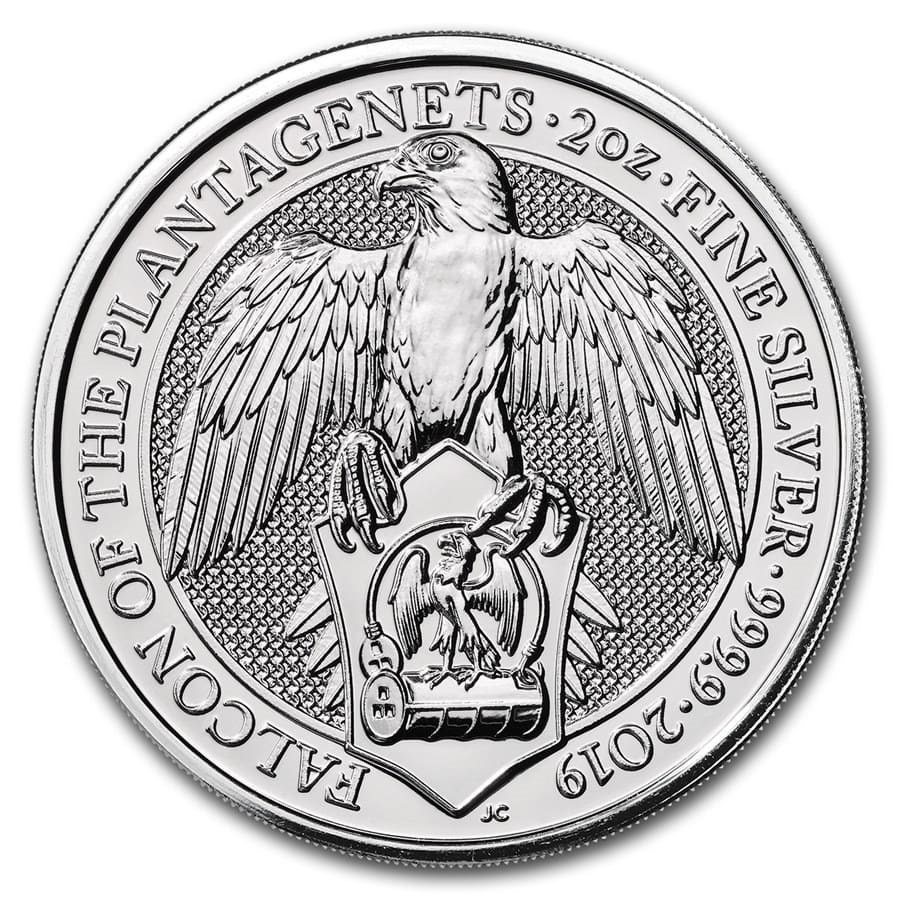 Your purchase is guaranteed to match the quality of the product shown. It will not be this exact item.
Product Details
Product Details
The Falcon of the Plantagenets continues the impressive designs of the Queen's Beasts series with this sixth release commemorated in .9999 fine Silver.


The 2019 Queen's Beasts Silver coin is the sixth 2 oz Silver British Bullion coin from the Royal Mint. Add the sixth coin of this popular 10-coin series to your cart today!

Wanted to have this heavy 2 oz Queens Beast. I will see if it performs better than other country coins that are tanking.

Beautiful coin and received in great shape. I can't wait for the next one !!!

Hope I win the 150 ozs sure could use it

Received my QB in perfect condition as always along with 4/ 1 oz buffaloes ordered as generic silvers, not as interesting as last time, but silver is cheap and economy about to crash so???

coin looks great except that the queen looks like she has been in a bar fight. Her face was scuffed up on both of the coins I received

Anothee release of the Queens Beast series... I ordered a single round through a presale. The overall design of the 2 oz bullion round is better in person than on the photography on the site, as with a lot of silver coins. My only problem is this coin came to me plagued with milk spots, which was unfortunate. And unfortunately a lot of the previous beast coins I've ordered developed some spotting ovee time. Something I've only ever experienced with Canadian silver.

Excellent, another Royal Beast. Same as the gold coin but in 2 oz of silver.

Another beautiful and mint Queen's Beast coin. Absolutely love this series and The Falcon is a great addition. I should have bought more than just one.