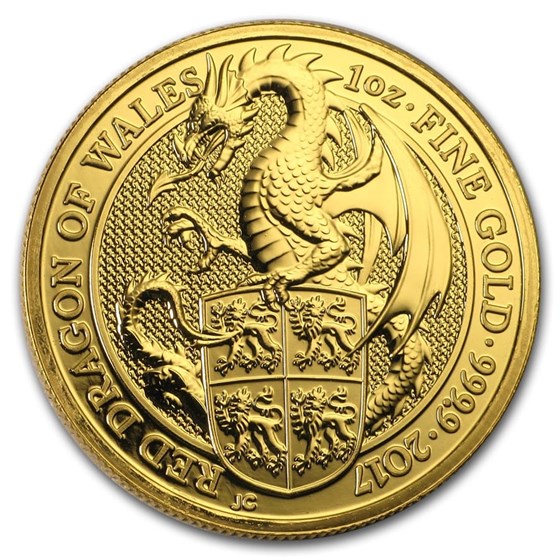 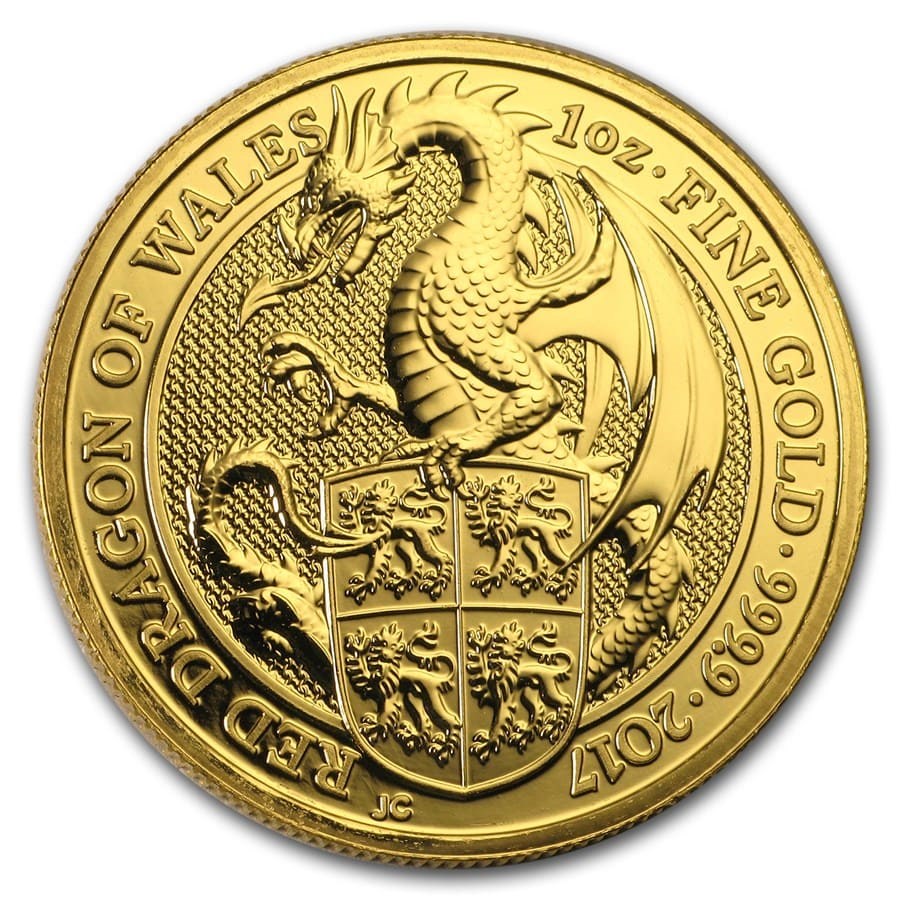 Product Details
Product Details
Featuring the Red Dragon of The Wales, the third release in the popular new 10-coin series is sure to impress Queen's Beasts enthusiasts.

Coin Highlights:
Display your 1 oz Gold Queen's Beasts The Dragon in style by adding an attractive display box to your order.

Add the third coin of this exciting new 10 coin series to your cart today!

The Red Dragon represents power and sovereignty. In history, there is a link between the red dragon and that of King Arthur and other famous warriors for their fierceness and popularity. The Dragon quickly evolved into a national symbol through the fearlessness and determination of the mythical creature. The heraldic red dragon is depicted on the new Queen's Beasts Gold coins as a symbol of England's place on the national stage. Buy the 1 oz Queen's Beasts Dragon coins from APMEX at competitive prices.

This coin is truly amazing! The Royal Mint has created a great design. This coin has convinced me to buy the rest of the Queen's Beast set.

Beautiful coins. No defects. Definitely purchase a coin holder or case for this coin. Advertised that it comes in a clear protective flip but both of the flips mine came in were torn. Coin was not damaged though. Will definitely order again.

The Queen's Beasts series is amazing - a more unique choice for your stack than the more-common Britannias - and the designs are beautiful. This Dragon is as fantastic as the rest of the series. Beautifully executed design, Jody Carter keeps knocking em out of the park. Collect them all and build your stack in the process.

All of the Queen's Beasts coins are absolutely stunning. Be they Au or Ag, the designs are beautiful. I can't wait for the next one in the series!!! SCStacker

Wonderful 1 oz gold coin in this Queen's Beast series! My favourite of the series so far - I had to buy this 1 oz gold coin! With striking features in lustrous real gold, this Welsh Dragon is sure to elicit delight and awe! Fantastic coin from the British Royal Mint! More please!

My Favorite Coin in the Series

My favorite coin in this series so far, they look so amazing and detailed as if they should be in a Harry Potter movie. Apmex staff was on top of my questions and always helpful!