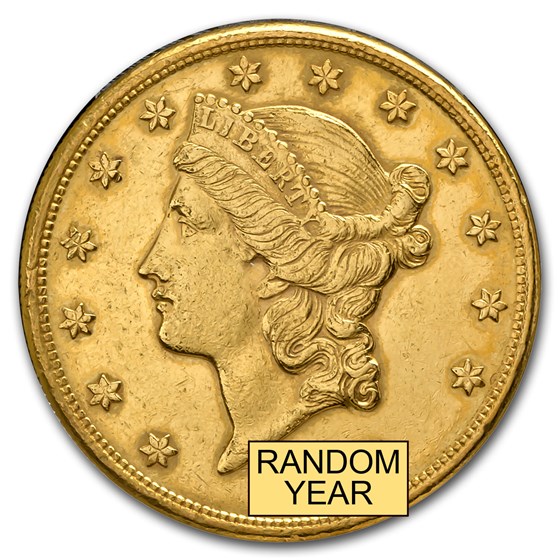 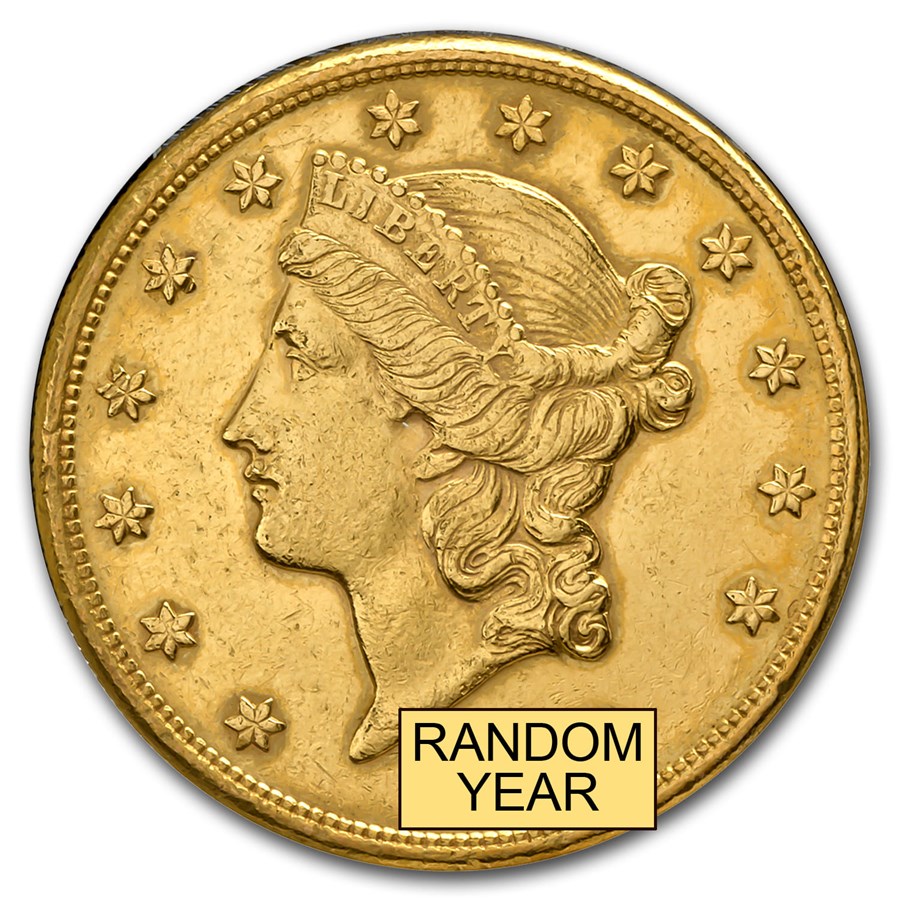 These items are on a slight delay with an expected ship date of October 04, 2022. Your entire order will ship upon their arrival.

Product Details
Product Details
Appealing to collectors and bullion investors alike, Gold Double Eagles are a great investment for those who wish to hold Gold coins that circulated in the U.S. more than 100-150 years ago.

Protect your $20 Liberty Gold Double Eagle with this clear plastic capsule or display it in style by adding an attractive presentation box or coin bezel to your order.

Pre-1933 Gold:
The U.S. Mint issued its first Gold coins in 1795. During the height of the Great Depression in 1933, President Franklin Roosevelt prohibited American citizens from holding monetary Gold. He ordered all Gold coins be returned to the U.S. Treasury, where millions were melted into Gold and then cast into Gold bars. This was an unprecedented act to help fight the Great Depression. By doing so, many collectible Gold coins were affected and the course of history for monetary Gold was changed forever.

These federal government recalls and meltdowns made these previously common Gold coins very rare. Today, the surviving Pre-1933 Gold U.S. coins are fixed at an extremely limited supply. This fact has made Pre-1933 Gold coins some of the most desirable items among investors and collectors. APMEX is proud to offer a superb selection of these harder-to-find classic coins. The historical significance of these coins is vitally important and will provide diversity and significance to any investment or collection.

$20 Gold Coin Design:
Several changes were made to the $20 Liberty Double Eagle design during the years the series was in production. Coins minted from 1850-1866, known as Type I coins, do not have the motto "In God We Trust" on the reverse. After the Civil War, in 1866, this motto was added to the coin, characteristic of the Type II design. The final change occurred in 1877, when the denomination was expressed as "TWENTY DOLLARS", rather than "TWENTY D." as used previously, resulting in the Type III design.

The Liberty Gold Double Eagle is just one of the many coins James B. Longacre designed as U.S. Mint Chief Engraver from 1844 until 1869. The Gold Eagle coins feature his profile portrait of Lady Liberty; and, it is engraved portraits that he is best known for in his private art endeavors, as well. Before becoming Chief Engraver and designing Liberty Gold coins, Longacre’s engraved illustrations of noted Americans such as President James Madison and President Andrew Jackson graced the pages of books sold throughout the United States. Browse the inventory of American coins to find other U.S. coins designed by Longacre, such as the Indian Head Cent (1859-1909) and the Shield Nickel (1866-1883).

Collect Liberty Gold Double Eagles to collect a piece of history resulting from the Gold Rush.

Buy Liberty Gold Double Eagles minted from 1850 until 1907, if you want a piece of tangible history that was a direct result of the California Gold Rush. Before the minting of Liberty Gold coins, about 300,000 people rushed to California in search of Gold after hearing of its discovery at Sutter’s Mill in Coloma, California, in 1848. The bill to fabricate Gold Double Eagle coins was introduced by the United States Congress in February 1849 to make use of this influx of Gold, and the first coins hit the market in 1850. When you order Gold Eagle coins, you can hold a piece of history in your hands.

The history of the Liberty Gold Double Eagle

Before Liberty Gold Double Eagles were minted, the $10 Gold Liberty Eagle was the highest denomination of U.S. coins. When the California Gold Rush began in 1848, the greatly increased domestic supply of Gold prompted Congress to create new denominations of Gold American coins. The Liberty Gold Double Eagle was one of the new American coins minted in 1850, and it is called a Double Eagle because it is twice the legal tender value of the $10 Gold Eagle. These Liberty Gold coins are also known as Liberty Coronet Double Eagles because the obverse features a profile of Lady Liberty designed by U.S. Mint Chief Engraver James B. Longacre.

Add Liberty Gold Double Eagles to your collection, and you are adding physical Gold that has been considered a valuable asset for thousands of years. From Gold coins to Gold jewelry, evidence of the value of this Precious Metal can be observed as far back as 4000 B.C. when it was used for jewelry and ceremonial objects. When you buy Gold Eagle coins, you benefit from the coins having value not only as collectible Gold coins, but also as Gold bullion containing .9675 fine Gold. The Gold content of these American Gold coins means that no matter where you go in the world, these Gold coins have an intrinsic value for selling or trading.

I purchased a couple of cleaned coins and these far exceed my expectations. They are in great shape. I will be purchasing many more.

was very happy with the coin. very strong date. not my first purchase and not my last

I have always been pleased with the products that I have purchased from APMEX. This was my first cleaned coin,I was a little nervous, and once again, APMEX delivered. Coin is very beautiful and now my favorite coin. A great way to buy gold near spot. Thank you APMEX.

What on Outstanding Piece of History and GOLD!!!!

This coin is said to be "cleaned" and I cant say that it looks less then the rest (ms,xf,vf,et.) so I got to say that I will continue to buy from AMPEX as they continue to amaze me with there products, prices and professionalism.

I had never purchased an older coin from APMEX before and was uncertain what to expect...especially since it was "cleaned". The coin is in good shape, however, extremely pitted. Because I am new to collecting I would be interested in finding out the cause. Beautiful coin though...I'll be buying more.

I've always loved US coins, with these first and foremost. This particular coin was an 1882 S. Doesn't look as though it was cleaned, and is in excellent condition! I will be buying more!

nice coins, has some heft to it in your hand. can imagine it on a poker table in an old west saloon. received several, nice mix of dates, condition much nicer than I expected.

Apmex is very good about special requests, so don't be shy about inquiring about a year or some other needful thingy. Often as not, they deliver better than you expect. My latest double eagle was in amazing condition, very little wear, and was in the year block I love the most - the 1870s thru 80s. And fast shipping.