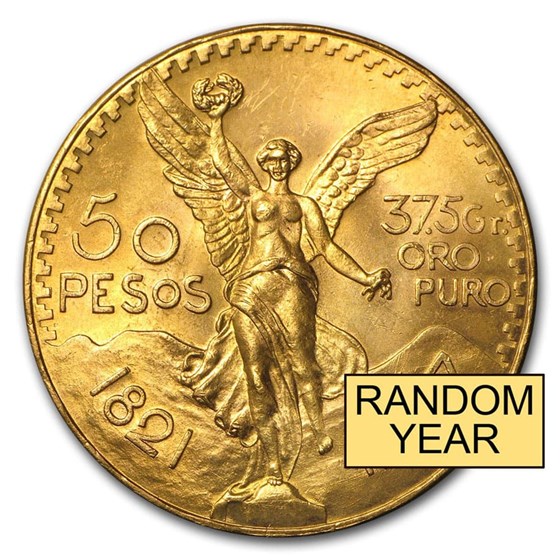 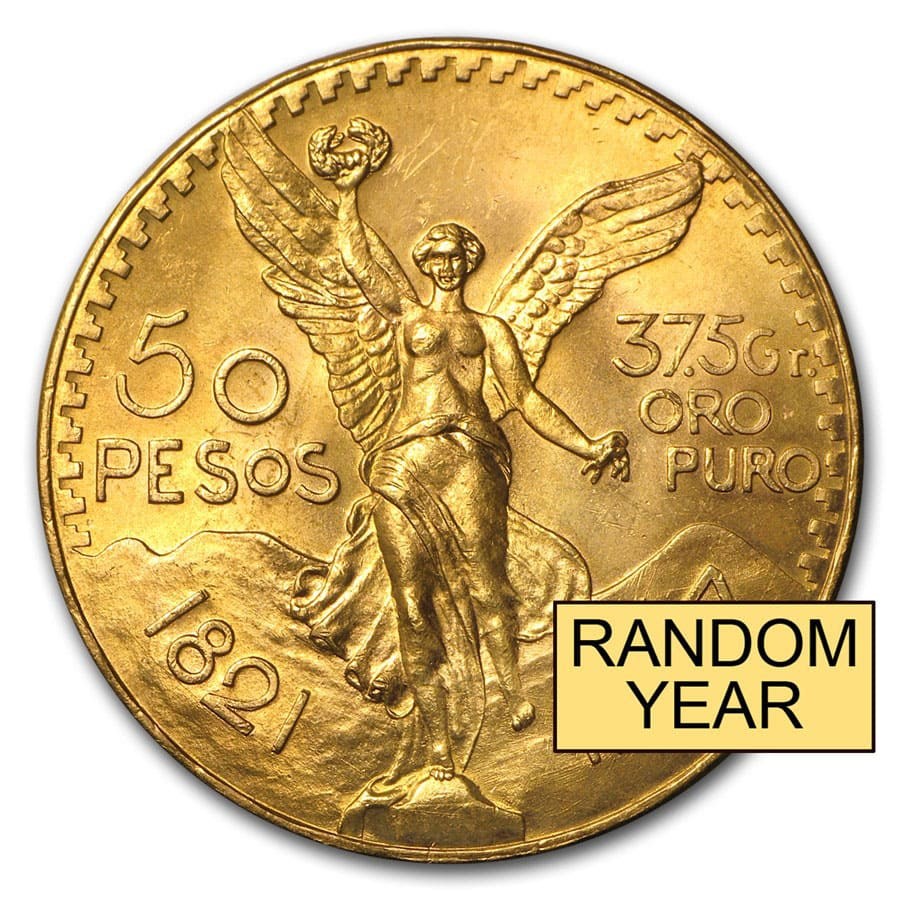 Product Details
Product Details
The largest Mexican Gold coins, which are also known as Centenario coins, are highly prized by collectors. The term "Peso" is frequently used to describe a centenario in homage to Mexico's 100 years of independence from Spain.

Dates on these random year Gold Pesos will be of APMEX's choosing and may or may not vary based on the stock on hand.

Protect your Mexico Gold Pesos in style by adding a lovely display box to your order.

Shop other Gold coins of Mexico and enhance your investment portfolio or collection by adding this Mexican Gold 50 Pesos to your cart today!

Each 50 Pesos Gold coin contains a little over 1 oz of Gold. Pesos are minted in Mexico City by the Mexican Mint (Banco de México). The Gold Peso contains 90% fine Gold and 10% Copper. The coins' increased density is due to the inclusion of Copper in the minting procedure. With Copper, the coins have been able to endure circulation wear over their long lifetime.

This is a nearly perfect coin. Looks like it just came from Mexico City.

beautiful beefy big coin. love the design and history, feels like holding actual treasure. love the inscription on the rim. a must have in any collection.

This coin is BIG!

I have waited years to buy this coin and let me tell you this thing is BIG! Beautifully minted and you can feel the weight in your hands. The Mexican mint has created very beautiful works of art. This coin does not disappoint. Thank you for such an amazing piece!

A coin that exceeds expectations

Coin was well packaged and it looks stunning, as if it was minted yesterday. I also appreciate that it comes in a protective capsule. Highly recommend and would buy again.

The coin I received is absolutely stunning and looks as if it was minted today and placed directly into my hand. I couldn't be happier with my purchase.

Is the most beautiful coin ever made ??

this is for sure a "Gold coin"

like everything about it> to me its better than Eagles and 100 coronas which I own. ill be getting more of these. like the script around the edge. impressive coin