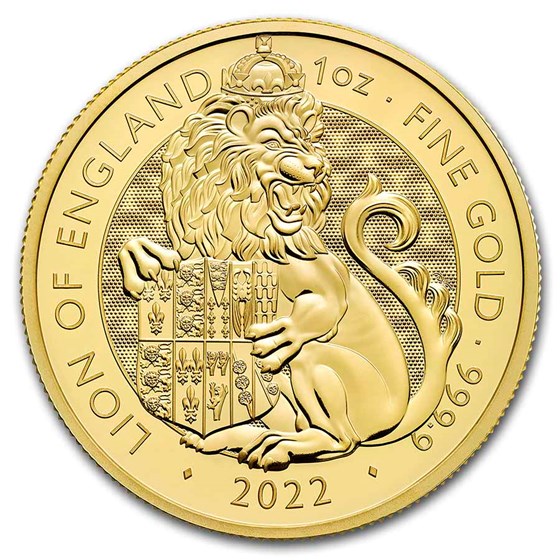 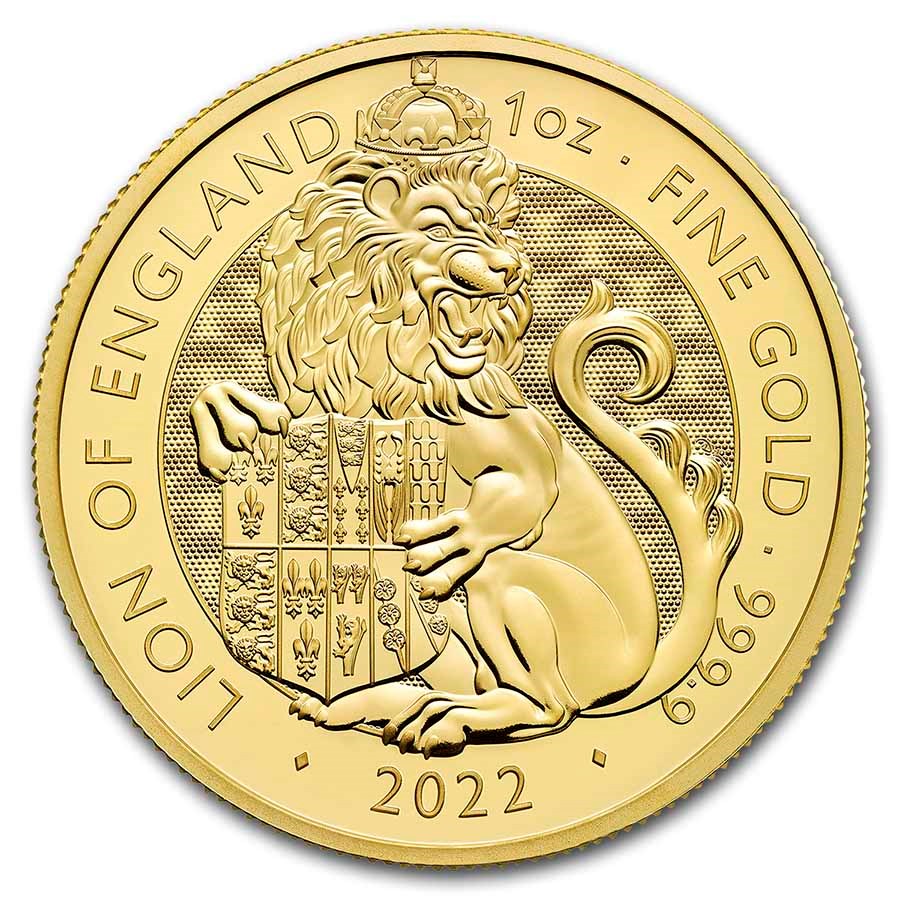 Product Details
Product Details
For the first release in a series celebrating England's royal history, the Lion of England is featured on its own bullion coin. With an eye-catching design and .9999 Gold content, this is the perfect start to The Royal Tudor Beasts bullion collection.


Display your 1 oz Gold Royal Tudor Beast: The Lion of England bullion coin in style by adding an attractive display box to your order.

Celebrate the first bullion release in the Royal Tudor Beast Series by adding the 1 oz Gold Lion of England bullion coin to your cart today!

The Royal Mint Introduces The Royal Tudor Beasts
When the collector favorite The Queen's Beast series came to an end, The Royal Mint introduced another set of heraldic beasts in 2022 featuring The Royal Tudor Beasts. This new series will feature Gold and Silver Proof and bullion coins that feature magnificent creatures from Tudor history, including The Seymour Panther, The Lion of England, The Bull of Clarence, The Tudor Dragon, The Greyhound of Richmond, The Royal Dragon, The Yale of Beaufort, The Seymour Unicorn, The Queen's Panther and The Queen's Lion.

2022 GB 1 oz Gold The Royal Tudor Beasts The Lion of England
The Lion of England has been a part of heraldry for as long as the shield itself. First appearing in 12th century royal emblems, this majestic feline is known to symbolize strength and courage. With the Lion of England’s wise portrayal on the top shield where it holds an impaled collective set of arms, it represents the unity between King Henry VIII and Jane Seymour who were able to combine their separate families under one banner.