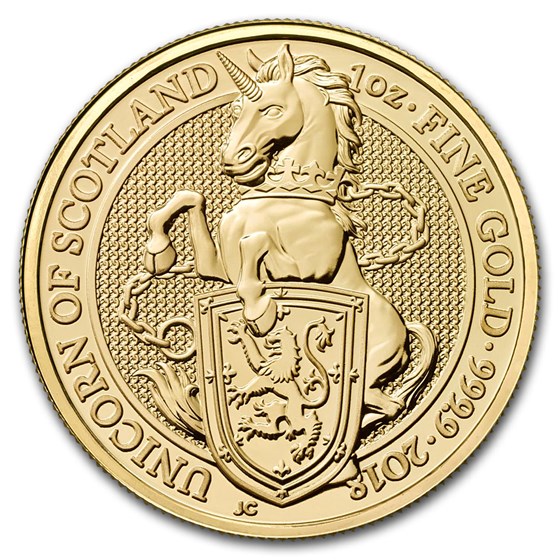 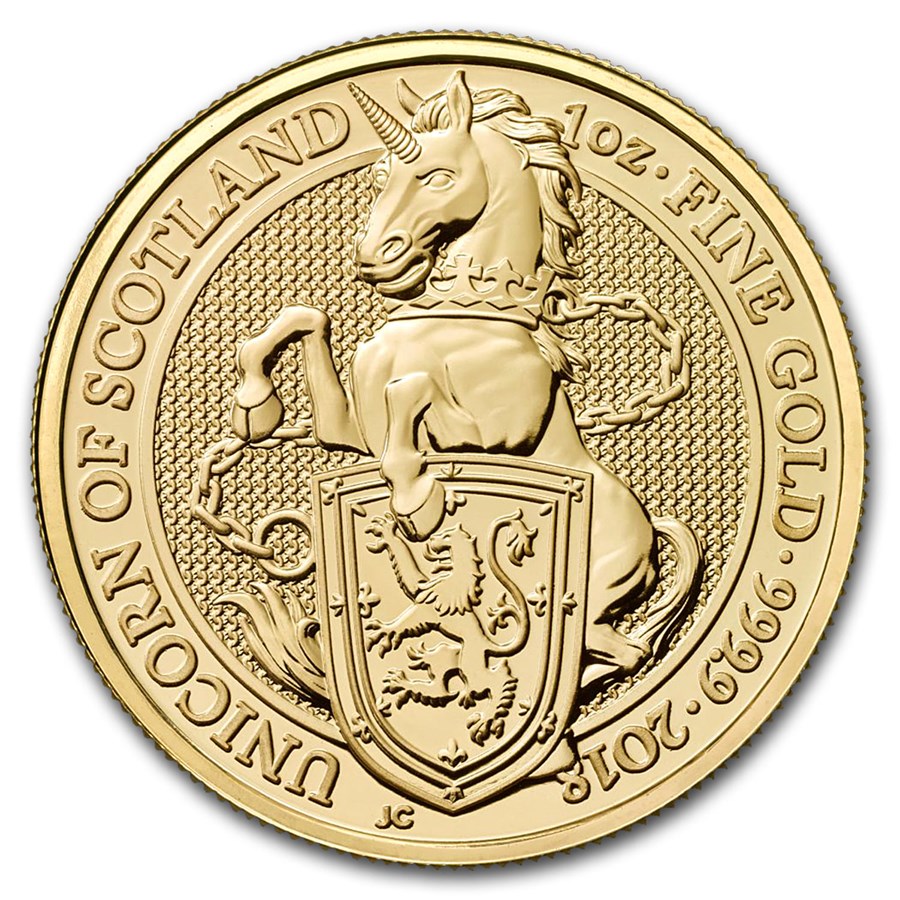 Coin Highlights:
Display your 1 oz Gold Queen's Beasts The Unicorn in style by adding an attractive display box to your order.

Add the fourth coin of this exciting 10 coin series to your cart today!

An enduring symbol of strength and beauty, it is easy to see how the unicorn came to be used in heraldry. It first appeared on Scottish heraldry in the twelfth century, after William I created an early form of the Scottish coat of arms. James I of England, who united the English and Scottish thrones, chose the Scottish Unicorn to join the Lion of England to support the Royal Arms. They have supported this shield, which symbolizes the sovereignty of Her Majesty The Queen and represents the unity of the United Kingdom, ever since.
The 2018 Gold Unicorn is the first of the Queen's Beast series to feature The Royal Mint's new guilloché obvserse design.

This is my favourite coin. No sure why my spell check adds a "u" to the word favourite, Maybe it thinks we're in England because of the subject matter, or perhaps my Ai just loves Au as much as I do!

Beautiful coin in a great series

My third favorite in the series so far (first 6) after the truly amazing Lion and awe-inspiring Dragon. This is a must have if you're collecting this series and I would say a great purchase even if you're not. Can't be disappointed!

Beautiful coin and design in a great series so far. It combines the benefits of design, nice strike, and excellent choice of subject matter. The coin is an attractive buy for collectors of mythical beasts coins too.

Great coin and attractive design. Like something from harry potter. Unicorns were not injured when making this product