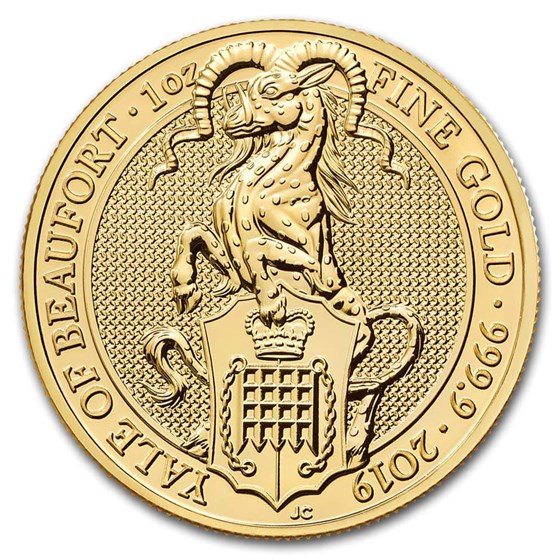 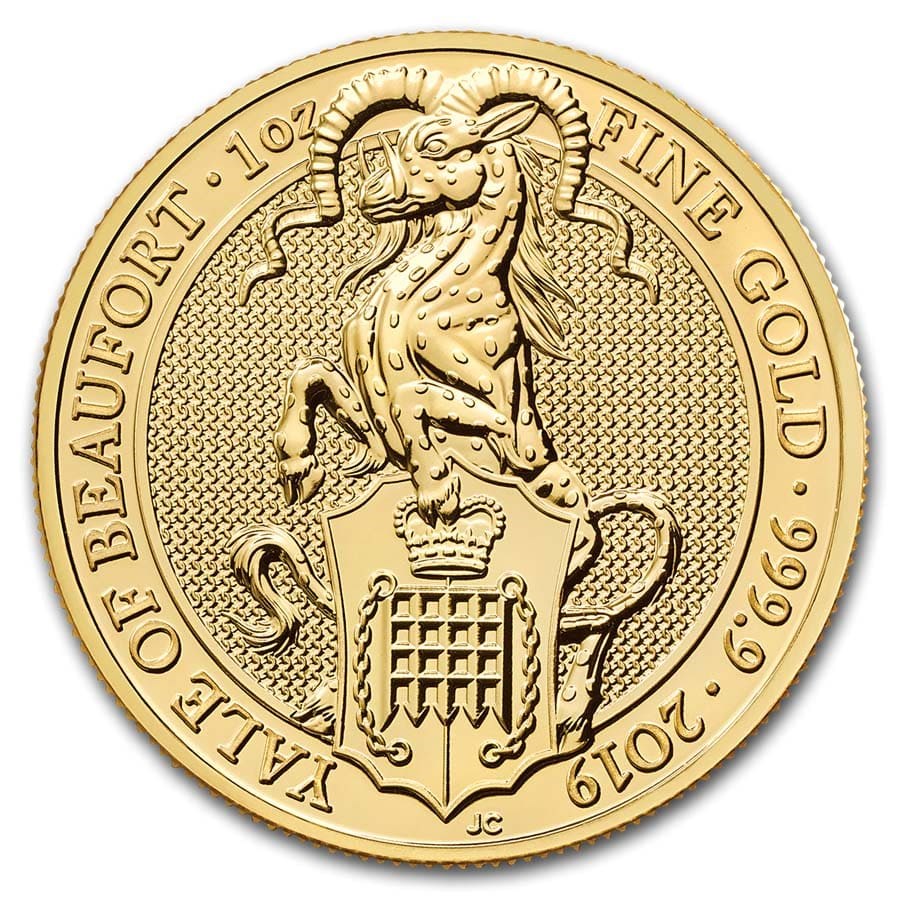 Your purchase is guaranteed to match the quality of the product shown. It will not be this exact item.
Product Details
Product Details
The seventh release in the popular Queen's Beasts series by The Royal Mint features the Yale of Beaufort in .9999 fine Gold.

Coin Highlights:
Display your 1 oz Gold Queen's Beasts The Yale in style by adding an attractive display box to your order.

Add the seventh coin of this popular 10-coin series to your cart today!

Another one for the money bin

Another beauty from the Royal Mint, great addition to the money bin.