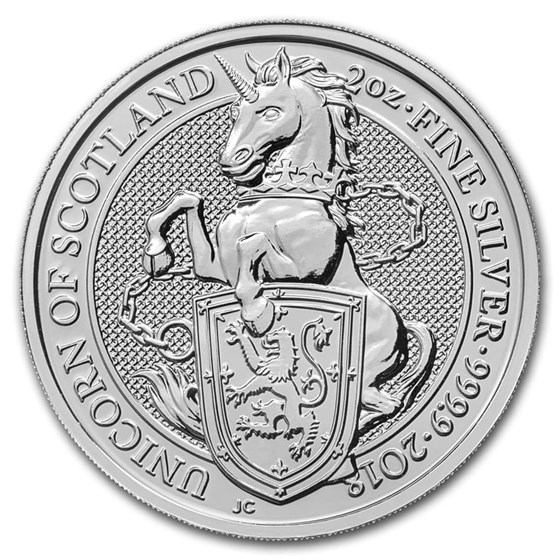 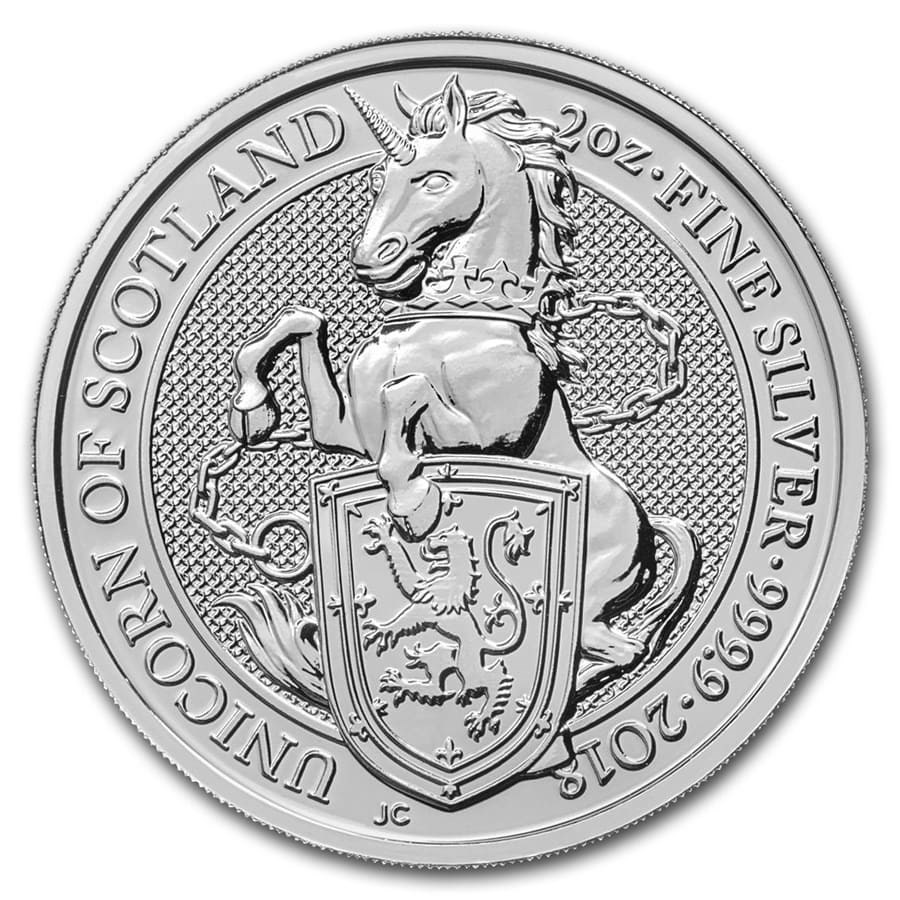 The 2018 Queen's Beasts Silver coin is the fourth 2 oz Silver British Bullion coin from the Royal Mint. Add the fourth coin of this exciting new 10 coin series to your cart today!

The 2018 Great Britain 2oz Silver Unicorn is a sovereign coin backed by the British government.

This was the first coin I bought from APMEX, it arrived exactly as ordered. It was this order and coin that started me on the path as a repeat buyer from APMEX. Love the coin and the service.

Just got this coin in, it is in excellent condition.

I'm excited about receiving my first Queen Breast Unicorn Coin. Will be looking forward to completing this collection series. It is breathtaking and beautiful PREFECT Coin. I just love it. I can not stop holding it. Thank you APMEX! The Package was very secure. Glad to be a member of APMEX for life!

As usual excellent and great shipping

this 2 oz coin is proof like , I can't say anything bad about it because it's perfection at its best. Guys if you dont have one order one today from Apmex , they will not disappoint , these guys are top notch , they have always helped me out no matter what.

The Queen's Beasts collection is remarkable. Every coin in the series has intricate design and beautiful luster. Highly recommend!