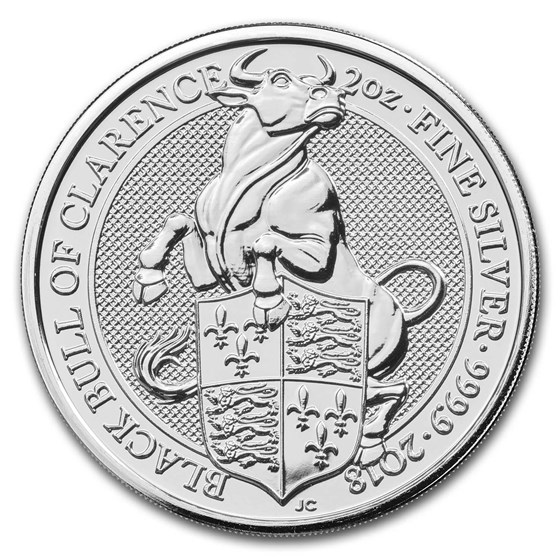 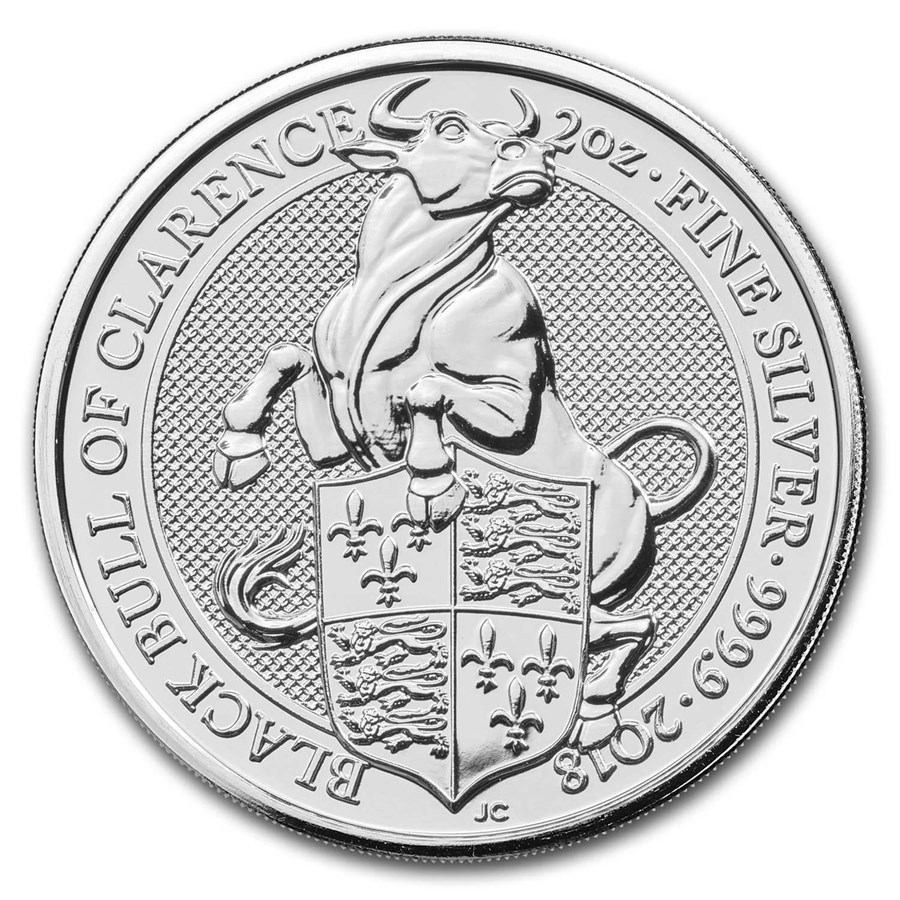 Product Details
Product Details
The fifth release in the Queen's Beasts series features the Black Bull of Clarence and another inspirational design by Jody Clark.


The 2018 Queen's Beasts Silver coin is the fifth 2 oz Silver British Bullion coin from the Royal Mint. Add the fifth coin of this exciting new 10 coin series to your cart today!

What a great series of coins!

We are really enjoying collecting the Queen's Beasts in the 2oz and 10 oz sizes. Lovely coins, well executed and a fun size, especially the 2oz.

I love these coins. Unfortunately this one had some minor abrasions.

I've been looking at these 2 ounce Queen's Beasts-specifically the Bull coin and decided to purchase one as a gift to myself. It's very beautiful in design and looks perfect with no nicks/scratches/spots. I'm glad I purchased this coin. I hope to collect the other Queen's Beast in future purchases. Thanks APMEX!

This is a great series to collect. So far the rounds that I have received are beautiful with great detail. I enjoy collecting series rounds and coins that I feel have a collector's appeal. Can't wait for the next coin to be released. The two ounce coins make them more attractive.

i love this series

this series is great. i am building a set for myself and one for my niece for her high school graduation.